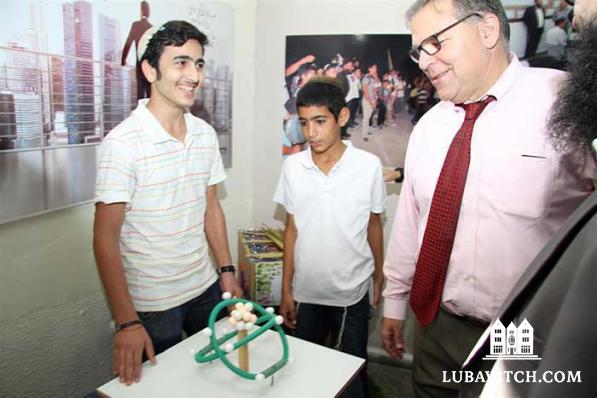 Jerry Silverman, President and Chief Executive Officer of The Jewish Federations of North America, visits the Chabad school in Ashkelon, Israel, in October 2014.

There’s been no dearth of data on the sharp decline in Jewish giving and its steady downhill slide, a fact that is forcing major Jewish philanthropies and donors to review their own priorities. Demographic studies gauging patterns in Jewish philanthropy now confirm basic common sense relationships between affiliation and giving: Alas, the fallacy that Jews would remain staunch supporters of Jewish causes while the particulars of their identity would disappear in the great American melting pot, has been exposed.

And yet. There are some 6 million Jews in the U.S. today. Even with Chabad in 49 states, even with many hundreds of Chabad Houses in cities and states from coast-to-coast, too many Jews are slipping through the cracks. We need to double, treble and quadruple our efforts if we are going to turn the statistics around. We need to create a tipping point to turn the tide. We need to partner with others.

Chabad-Lubavitch is a movement inspired by an ideology of Jewish unity and world repair. None will argue that it has become indispensable to Jewish life and Jewish continuity. But to continue to succeed as it has and in ever greater measure, it requires partners. It depends on the support of philanthropists, philanthropic foundations and donors who are genuinely concerned with Jewish continuity, who understand the value and impact of partnering, as the tribes of Zevulun and Yissachar did.

In a discussion about what defines a partnership as concerns the laws of Shabbat, the Mishna (Masechet Shabbat) considers two people engaged in a creative effort. If the work could have been performed satisfactorily by only one of them, it is a less-than-ideal partnership. If, on the other hand, each contributes uniquely to the endeavor, providing something that the other does not, then, say the sages, this is a true partnership. Imagine how different Jewish statistics might look today if philanthropies like the Jewish Federation of North America and others would partner with Chabad on a grand scale. The Federation (which funds various Chabad programs on the local level to the great benefit of those respective communities) is a resource entrusted with billions of dollars by donors who want to advance Jewish education and better Jewish life.

Chabad provides the most committed, most passionate and most innovative human resources team serving Jewish people everywhere in the world with education and access to Jewish texts, traditions and community. Long overdue, such a collaboration, it seems to me, would prove to be a dynamic partnership of potentially dramatic results for Jewish continuity.

Over the many years that I have been privileged to serve the Lubavitcher Rebbe, I’ve had numerous occasions to observe his respectful high regard for those who invested themselves with the shluchim for the benefit of Jewish people everywhere. That they were partners with the Rebbe in his vision, and with the shluchim in their mission, was clearly evidenced by the concern he showed for them and their families, and the blessings he showered upon them. His soul, I am certain, blesses them yet, and will continue to bless all those who embrace his vision of our future, and make it their own.

Related Articles
View All
In Pursuit of Practicable Freedom
Parents, however, who choose to educate their children in private schools are taxed all the same, while additionally having to pay full tuition for their…
In Conversation: Rabbi Yehuda Krinsky
Rabbi Yehuda Krinsky was secretary to the Lubavitcher Rebbe, Rabbi Menachem M. Schneerson, for a period of 40 years. As a young boy of 13,…
Jewish Federation Head Visits Chabad
Last week, Jerry Silverman, President and Chief Executive Officer of The Jewish Federations of North America, met with Rabbi Yehuda Krinsky, Chairman of the Chabad-Lubavitch…
Ruderman Family Foundation Partners With Chabad For Inclusion
The partnership will allow Chabad to break new ground and focus on including people with disabilities so they can participate in mainstream religious programs, services…
After Twenty Years
To be Jewish, the Rebbe taught, is to care about matters great and lofty, but only insofar as they make us more attentive to the…
Editorial
Memories of Sukkot 1991
Sukkot 1991 was different. The crowds were enormous. But this time, the Rebbe remained standing in the sukkah for the next six and a half…
Editorial
The Year Of Shabbos
When the condominium towers in Surfside collapsed because of structural fatigue, the question was deafening: Were we thinking?
Editorial
Beginning With Shabbos
Start the children’s school day right, and the rest will follow.
Editorial
Toward A Resilient Jewry
What are those truths for which we are hated? And how do we build resilience against this onslaught?
Get Inspiration to your inbox!
Newsletter
Join our weekly newsletter for inspiration and updates
Donate
Find Your Local Chabad Center
Subscribe
|
Log In
Chabad
About Chabad-Lubavitch
About Chabad Lubavitch
The Rebbe
Headquarters
Magazine
Magazine
News
News & Updates
In The Media
Impact
Social and Humanitarian
Social and Humanitarian
Education
Education
Community
Community