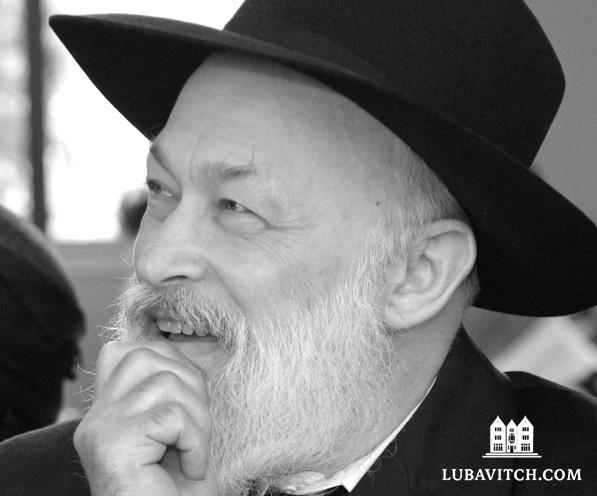 To be Jewish, the Rebbe taught, is to care about matters great and lofty, but only insofar as they make us more attentive to the needs of our fellow Jew and our fellow human being.

Soon after the passing of his father-in-law, Rabbi Yosef Yitzchak Schneersohn, a group of young student journalists met with the Rebbe and asked if he could briefly describe for them who his predecessor was. The Rebbe responded that he was an individual who could soar to the loftiest spiritual heights, and yet not lose sight of the practical and pragmatic needs of the individual.

Now, sixty-four years later, this would be an apt description of the Rebbe himself.

Twenty years after his passing, interest in the Lubavitcher Rebbe, of righteous memory, continues to grow. There is a genuine desire, if not fascination, to understand this larger-than-life individual who transformed the Jewish experience of millions around the world.

The Rebbe came to the position of leadership from relative anonymity. A reserved, introspective thinker and scholar, he was destined to spend the rest of his life in the public eye. He was soon sought after by countless individuals yearning to get as close as possible to this man of G-d, to imbibe his wisdom, to seek his counsel, to be enriched by his blessings.

The Rebbe emerged onto the scene when the Jewish people were yet reeling from the Holocaust, crushed, spiritually vulnerable, and dejected. One by one, he lovingly lifted them up. He began the painstaking work of rebuilding Jewish life from the broken shards of unimaginable horror and despair; an impossible task, it seemed. He sent one couple here, another there: build, plant, nurture, and breathe love and life into our people who have suffered so much, he instructed.

Thus began the structure of shlichut, the Rebbe empowering every shliach and shlucha with the authority to act independently and take full possession of the project to rehabilitate Jewish life, brick by brick, building by building, one mikveh, one school, one shul. One family, and then another, one step at a time. Eventually, with sweat, blood and tears, the young couples who planted those first seeds raised up whole communities.

In the pioneering years of the 1950s, the young Chabad shluchim were often unwelcome. What they represented was not what American Jews were looking for. Or so they thought. But the shluchim, committed to the Rebbe’s calling, persisted until their detractors became their benefactors. Again and again, slowly but surely, in city after city, country after country, the Rebbe created a transformation.

To be Jewish, the Rebbe taught, is to care about matters great and lofty, but only insofar as they make us more attentive to the needs of our fellow Jew and our fellow human being. And so, over time, the shluchim became the address for all the concerns of the individual and the community: spiritual, educational, social, and even material. The Chabad House, people soon discovered, is where you go when you want to understand the purpose of life. It is where you go when you want to explore and study your roots, experience Shabbat. It is also where you go when you are a young student in search of a warm meal, friendship, kinship, a listening ear.

After the Rebbe’s passing, pundits said Chabad-Lubavitch would not survive without the Rebbe’s physical presence. But twenty years later people continue to gravitate to his legacy of love. For it was his love of G-d, love of Torah, and love of the Jewish people—three loves that would be the guiding light of his leadership as set out in his mission statement when he took the helm of Chabad in 1950—that have transformed Jewish life worldwide and created a phenomenon that continues to .flourish.

Today, an average of three young couples a week take up the lifetime position of shlichut in locations around the world. Many of these couples have never met the Rebbe. Too young at the time of his passing, they grew up learning from his disciples, studying his works, absorbing his message. Captivated by his genius, they vie for the privilege to participate in his vision and bring it to fruition. Thus, they continue, and will continue the Rebbe’s call, to seek out Jewish souls waiting to be reached, to be included, until not one remains adrift.

May G-d bless their efforts and crown them with abundant success.

Related Articles
View All
Editorial
The Rebbe Created a Culture
It is easier, of course, to stay within our safe spheres. So we speak mostly of the Rebbe’s love and acceptance. But that doesn’t convey…
Editorial
A Personal Affair
In the days leading up to the Seder last year, as I scrubbed my kitchen clean of chameitz, I questioned the point of this highly…
Editorial
A Bed, a Table, a Chair and a Lamp
The Rebbe did not hold press conferences nor grant press interviews. So reporters would usually be directed to my office where I did my best…
Editorial
Sons And Daughters At The Seder Table
It was unseasonably cold on the first night of Passover back in 1979. Snow had fallen the day before and melted into slush puddles that…
Get Inspiration to your inbox!
Newsletter
Join our weekly newsletter for inspiration and updates
Donate
Find Your Local Chabad Center
Subscribe
|
Log In
Chabad
About Chabad-Lubavitch
About Chabad Lubavitch
The Rebbe
Headquarters
Magazine
Magazine
News
News & Updates
In The Media
Impact
Social and Humanitarian
Social and Humanitarian
Education
Education
Community
Community