In Pursuit of Practicable Freedom 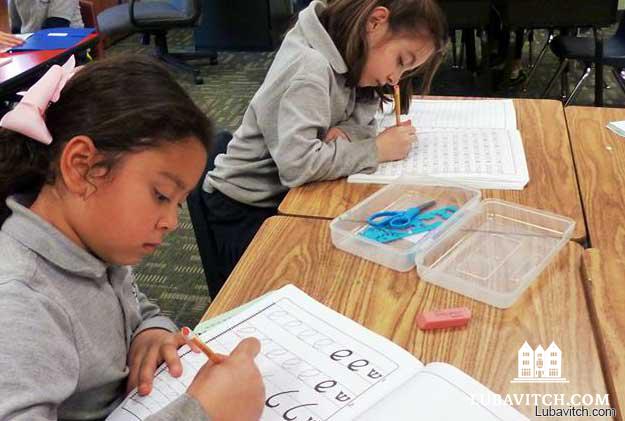 Editor’s note: 11 Nissan, corresponding this year to March 31, was the birth date of the Lubavitcher Rebbe, Rabbi Menachem Mendel Schneerson. In honor of his lifelong commitment to education, the date was designated Education Day USA by President Jimmy Carter in 1978. It continues to be thus honored and recognized by every US President since.

Were it not for Rabbi Yehoshua ben Gamla,

Torah would have been forgotten in Israel.

Until the reforms established by Rabbi Yehoshua b. Gamla, the second century sage and High Priest, Jewish children were educated at home. Concerned with the reliability of such ad hoc transmission of Jewish education, Rabbi Yehoshua formalized and transferred to the community, the administrative and financial responsibility of a Jewish education for children.

Western civilization has largely followed a similar arrangement. Governments everywhere provide its children with free or subsidized schooling to ensure a basic standard of education. In the U.S., we are as well, guaranteed the freedom to educate our children according to our individually held religious traditions and choices. Our taxes make public schooling freely available to all children.

Parents, however, who choose to educate their children in private schools are taxed all the same, while additionally having to pay full tuition for their children’s education.

Chabad has long since worked hard to implement Rabbi Yehoshua ben Gamla’s innovation. In a similar concern that no Jewish child be denied a Jewish education, it has, since the 1940s, assumed the financial and administrative responsibilities for providing Jewish children who attend public school with a minimum of religious instruction. The Public School Released Time Instruction Program, established by Rabbi Joseph I. Schneersohn (the sixth Chabad leader) in the 1940’s, continues today.

But many parents who feel that this is inadequate and want their children to benefit from a full Jewish program, are forced to carry an unreasonable burden. Most Jewish day schools consist of a dual curriculum: half of the day and half of the school’s resources are committed to religious studies, and the other half to secular studies. Such an education is considerably more costly than a public school education: the school day is longer, and twice as many teachers and additional staff are needed to satisfy the dual curriculum. For parents who are committed to a Jewish day school education, the financial strain is often prohibitive, in effect, making their freedom to educate their children religiously, impracticable.

Back in 1961, the Lubavitcher Rebbe spoke about this issue, expressing his view that the government should provide financial aid to defray the costs of the secular part of their children’s private school education.

Resistance to this has been long and fierce, but when considered carefully, it is no different from the same position that has ensured government funding for school lunches to children across the board in both public and private schools. The cost of feeding a child is the same whether he or she eats in public or private school, and as such, the government does not, nor should it, discriminate against the child in private school; it merely disburses the lunch program funds through the private school.

This is fair, and causes no additional burden upon anyone. Moreover, it would correct a situation in which parents of private school children are doubly taxed for their children’s education: once for the public schooling which they do not use, and a second time for the private school tuition fees of their children’s secular education. This is what the Rebbe proposed back in 1961. In the years since, I have put this simple question to legislators at all levels of government: Why should tax-paying parents who choose to send their children to private school, be penalized by paying twice for a child’s education?

More than a half century later, this question has yet to be answered cogently and sensibly.

Perhaps now, as the matter is debated once again, it will finally be remedied to reflect America’s commitment to a robust society in which citizens and government support each other, each contributing fairly to make education accessible to all children, while denying none the ability to exercise their freedom in choosing to educate their children in accordance with their values.