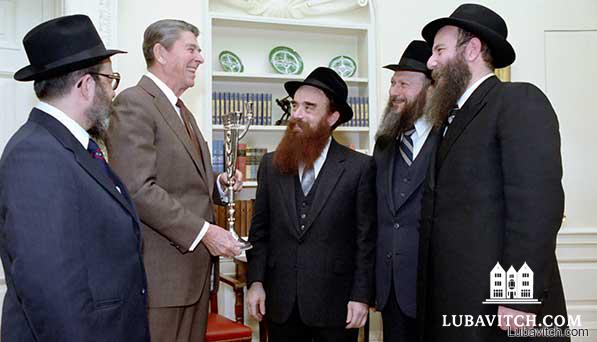 On the Chabad calendar, and in Jewish communities worldwide, today, the 11th of Nissan, is celebrated as the birth date of the Lubavitcher Rebbe, Rabbi Menachem Mendel Schneerson. The Rebbe’s legacy of Jewish outreach endures and grows, but on this day, he is especially remembered for his commitment to education.

Over many years, the Rebbe laid out an education blueprint recognized by every United States president since President Jimmy Carter marked Education Day USA on the Rebbe’s Jewish birthday.

“While being active in Jewish education nation-wide and world-wide,” the Rebbe explained in a 1984 letter to Professor Alan Dershowitz, about this phenomenon, “Lubavitch has been actively concerned also in general education, all the more so since many thousands of Jewish boys and girls receive their education in public schools in a strictly G-dless atmosphere. Indeed the Torah requires every Jew to promote the time-honored Divinely-given moral principles in the society which he lives.”

This year President Barack Obama marked the day with a proclamation extolling the Rebbe’s approach to education: “Rabbi Menachem Mendel Schneerson, the Lubavitcher Rebbe, dedicated his life to promoting education as the cornerstone of humanity. A tireless advocate for youth around the world, he believed that ‘as long as there is still one child that does not receive an adequate education, we can neither be satisfied nor slacken our efforts.’”

The President also highlighted the Rebbe’s focus on the education of girls and women: “In an era where a woman’s education was not valued the same as a man’s, the Rebbe worked to tear down barriers that stood in the way of girls who wanted to learn. He established a Jewish organization for women and directed his teachings of service and scholarship equally to young girls and boys. He was even known to write, ‘There must be a girl!’ on educational materials that depicted only boys.”

In late March 1980, just two months after he took the oath of office, President Ronald Reagan was shot in assassination attempt.

In May 1981 he made his first public appearance following the assassination attempt, at a commencement speech at the University of Notre Dame where he memorably and famously put forth his Conservative approach to politics. It is most noteworthy for his statement about Communism, “The West won’t contain communism, it will transcend communism. It won’t bother to dismiss or denounce it, it will dismiss it as some bizarre chapter in human history whose last pages are even now being written.”

The Rebbe in his letter to the President quoted two statements from Reagan’s address – although they were not said in that context – and applied them to his ideas about education.

The first was a story that the President shared about Knute Rockne, at the time one of the most well-known American college football player and coach, “He believed truly,” the President said about Rockne, “that the noblest work of man was building the character of man.”

The second quote was from Reagan’s passionate discussion of America’s interest in assisting other nations and the motivation for that intervention.

Shortly after the address the Rebbe wrote the following to President Reagan:

Having just read excerpts from your address on May 17, I wish to let you know that I was both impressed and gratified to note your remarks on the role of education. I refer, particularly, to the following quotations which, though spoken in different contexts in the course of your address, are truly basic:

The noblest of man (is) molding the character of man.

…for America, the time has come to dare to show the world that our civilized ideas, our traditions, our values are not – like the ideology and war machine of totalitarian societies – a facade of strength. It is time the world knew that our intellectual and spiritual values are rooted in the source of real strength – a belief in a Supreme Being, a Law higher than our own.

When you, Mr. President, speak of the Nation’s intellectual and spiritual values, you are surely mindful of the fact that these values are cultivated and acquired through education, the primary function of which is the molding of character.

Moreover, you have, in effect, defined education as a national resource of the highest importance. Hence, while under the American system, public education is mainly the responsibility of state and local government, but being that the essential character and quality of education is measured not merely in terms of knowledge and technical skills, but more importantly in terms of moral values and spiritual strength – this is certainly the proper province and responsibility of the central government. Surely there is no more vital national resource than the one from which the nation must draw its spiritual strength.

We confidently look forward to the implementation of your espoused principles through the Department of Education. And, needless to say, since the matter concerns the growing generation, growing and developing day by day, time is of the essence.

With the summer recess approaching, one cannot help wondering how many juveniles could be encouraged to use their free time productively, rather than getting into mischief – if they were mindful of – to quote your words – a Supreme Being and a Law higher than man’s.

The President responded to the Rebbe’s letter:

[I] admire and respect your constant vigilance of one of the very foundations of our society, the education of our citizenry. It is not merely enough to provide an educational framework and assume that our obligations are fulfilled. We must continually provide both inspiration and enlightenment, not only to our youth but to all members of our nation. Only when the value of education and its role in providing for a better tomorrow is understood can we expect others to take full advantage of the benefits that accrue from meaningful learning.

In looking into our national spirit, that spirit which has enabled us to reach for greatness, one cannot help but marvel at the instrumental role played by education in molding our character. Our faith in the progress of the future is reinforced by our belief that a sound education will help provide us with the proper tools for spiritual and intellectual growth.

We must stand firm as guardians of that tenet.

An excerpt from Dear Rebbe: The Famous and Unknown Correspond with Rabbi Menachem Mendel Schneerson, a project of Hasidic Archives.