Celebrating A Vision: A Chabad Representative Reflects on the Lubavitcher Rebbe’s Legacy 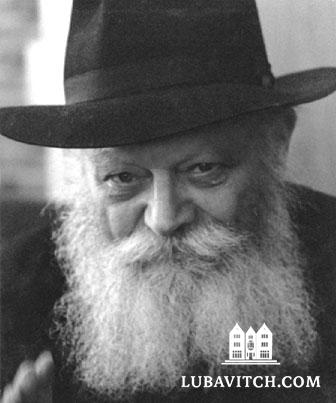 Honoring the date, countless individuals who’ve been touched by the Rebbe have devoted time to Torah study, and contemplating his leadership. Leaders representing Jewish communities worldwide visited his resting place Wednesday, where they took time to pray, reflect and celebrate the Rebbe’s gift to world Jewry.

Lubavitch.com invited Rabbi Eli Silberstein, Chabad representative to Cornell University, to share his own reflections on this day.

He stood on the sidewalk in front of 770 Eastern Parkway, long hair down to his shoulders, a yarmulkah precariously perched on his head. Visibly nervous, he was waiting for the moment when the Rebbe would arrive.
The university student flew to Brooklyn at the suggestion of his rabbi. He was engaged to a Christian girl, a fact which did not bother him. After all, with the exception of lighting Chanukah candles, his family had never observed any Jewish practices.
Everything seemed to be going well until a couple of weeks before the wedding, when the bride insisted that, in deference to her family, she would like to get married in a church. For some reason, this upset him terribly.
He was fine with marrying outside the Jewish faith, but could not fathom taking his vows before a cross.
He was confused by his visceral reaction to his fiance’s desire.  What harm could come from acceding to this minor request?  An hour’s formality and the service would be over. Still, he could not make peace with the idea of having a priest bless the sanctity of his marriage. It got to a point where he was willing to break up the relationship rather than marry in a church.
When the Rebbe finally arrived, the young man asked him, “Where is G-d?”
The Rebbe answered that G-d is omnipresent. For emphasis, the Rebbe pointed with his hands in every direction. The questioner was not satisfied and repeated the question again, only to receive the same answer from the Rebbe.
Finally, somewhat frustrated, the student said, “Rabbi, I mean it seriously. Where is G-d?”
The Rebbe stared the young man straight in the eyes and said, “If you are asking with seriousness, then know that G-d is in your heart!”
Upon hearing this answer the young man walked away and began sobbing uncontrollably. He now understood his own contradictory emotions. . .
II
When people encounter danger, their bodies quickly adapt, with all senses at high alert, and blood pressure rising. This response is referred to as the “flight or fight response” as the person must make a split-second decision regarding whether to run away or gear up for battle.

If we want to test the strength of our Jewish identity, we can do so by evaluating the spiritual conditions which make us sense that we are in crisis and need to react with “fight or flight.” For some Jews, spotting laxity in the observance of Shabbat or other common  Jewish practices  is enough to sound  the alarm. For others, an intermarriage in the family sparks a heightened awareness of how much they care about their Jewish identity. And others find their dormant alarm system only begins to sound when they are confronted with marrying their loved one in a church or raising their own children as Christians.
It’s like stretching a rubber band. One stretches it as far as will go, and then one will either have to release the tension or face the possibility that the band will be torn in two.
How are we to understand the Jew who only awakens to Judaism when stretched to the absolute limit? Is this a person who is peripheral to the Jewish people, to be defined only begrudgingly as one of the fold, whose primary value lies in potential for future change and connection?
Only a leader like Moses can see that the value of a Jewish soul is rooted in its primordial bond to its Creator, one that was forged prior to its birth.
It is this elemental connection which ultimately causes the utterly “untrained” Jew to react when faced with the most extreme choice such as whether to convert to another religion.
The learned and the pious Jew may reflect in their own conscious lives a glimmer of the divine radiance which emanates from the deepest recesses of their being. However, it is the stubbornness and insatiable yearning for connection of the unlearned and barely identifying Jew where the light of the souls shines most brightly.
To use an analogy: the sun’s essence is blurred by the intense radiance which emanates all around it. However, when clouds obscure some of the light, one is able to see the actual sun itself.
The Rebbe saw within the student the burning brightness of a soul seeking its source. And he pointed to the young man and said, “G-d is there, within your heart.”
III
Today, 11 Nisan, just days before Passover, we commemorate the birthday of the Rebbe and his legacy to the world. Chabad stands out within the Jewish world for its recognition of the value and contribution of every Jew, regardless of level of observance or affiliation. The man responsible for this distinction is the Rebbe himself, whose leadership was marked by a rare vision and sensitivity. What is at the root of this vision? And how did it transform a movement?
The Book of Exodus relates to us the tale of how Moses was chosen as leader of the Jewish people.  One day, while he was pasturing the flocks of Jethro, his father-in-law, an angel of G-d appeared to him in a flame of fire from within a thorn bush. Although the bush was burning with fire, it was not consumed.  Moses drew nearer to see why the bush did not burn up. And when G-d saw that he had turned to see, G-d called to him from within the thorn bush.
Rashi, the noted French commentator on the Torah, remarks on the words “in a flame of fire”: In Hebrew the word in the text is “b’labat aish," in a flame of  fire, [which can also be read as] the heart of fire.
Rashi is telling us that the word in Hebrew for flame is also related to the word in Hebrew for heart. Thus, G-d appeared to Moses in the “heart of fire”.
What does the “heart of fire” mean? And why is it important for Rashi to tell us which part of the flame G-d appeared to Moses in?
The Baal Shem Tov explains that this biblical story provides the blueprint for the making of a genuine spiritual leader. A thorn bush, then, a metaphor for the lowest and least involved type of Jew.
In this first meeting, G-d teaches Moses the most important lesson about leadership. G-d appears in the “heart of the fire” of a thorn bush which is not consumed by the burning fire.
The unlearned “thorn bush” does not posses the means to satisfy the fire that exists within that heart no less than in the heart of the scholar. And so the passion is insatiable, and this insatiability, although below the threshold of consciousness, opens the heart to a divine presence unparalleled by even a giant like Moses.
The Rebbe  guided an entire generation to see the G-d within the “heart of fire” of a thorn bush. This is the vision we celebrate today.