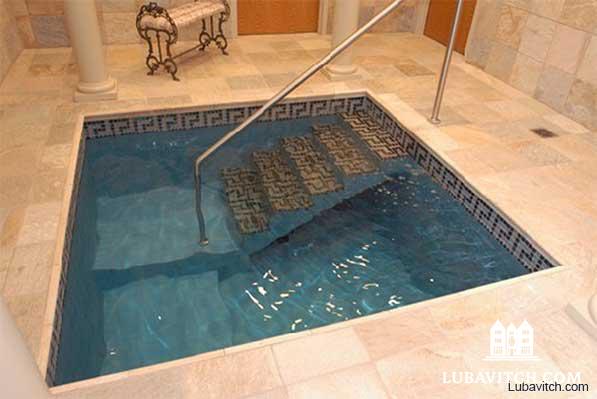 Pam Ruben, a freelance journalist, had read about mikvah, the ancient Jewish ritual, in a mystery novel by Faye Kellerman. But she’d never been to one. So when she heard that a group of women were going to study it in some depth, she joined.

Ruben was one of ten women from Orlando, Florida, who took three Tuesdays of their summer to explore mikvah—its origins in Jewish law and tradition as a widely practiced mitzvah that dates back to ancient times.

“I have always been very curious about mikvah,” she says. The class she joined, led by Chanshy Majesky, a director of Chabad of Northern Orlando, would “unveil that mystery behind it so it wasn’t something that made you afraid, hesitant to do. It was fascinating.”

Mikvah 1, a project developed by a cluster of Chabad centers in the United States, in memory of two young Chabad-Lubavitch representatives who passed away in 2014, is dispelling old myths and mistaken notions about mikvah. By the time Ruben and the others in her group had mastered the topic and visited the mikvah, their attitudes had changed.

“Rashi had just finished building a beautiful Mikvah in her community for the women to use. She was so proud of the new beautifully looking spa and has had so many women from her community use it in the short time that it was opened,” Majesky said. “I felt that in their memory I should make another effort.”

This time she decided that the women in the community would be much more comfortable with the topic if they would learn in-depth about mikvah, tour one, and be encouraged to ask any questions they want. She got the word out in her community, offering one-on-one classes. But the response was strong and it soon developed into a class of ten.

All from different backgrounds, the women came to the class with a hodgepodge of ideas about the mikvah and fascinating questions. “We would ask her so many questions, and because it was a room of women, we could pretty much ask just about anything,” Ruben said.

Anne Krudo, the administrator of the preschool at the Jewish Community Center of Greater Orlando says that there are many myths and misconceptions that were discussed in the class. One was about the cleanliness of the mikvah.

“I think that notion was something that deterred a lot of the women,” and it was raised in the classes. Now, having visited the mikvah and learned about it, that mistake was resolved. “There was nothing [for us] to worry about.”

Moved by the experience, Ruben said she felt she had to write an article in the local Jewish newspaper “to take Chanshy’s message to the next level, so that more people could be informed.”

Krudo says she now feels very strongly about the value of the tradition. “I have been telling everyone about it ever since taking the classes.”

Ruben says that she feels that it’s too bad she had not gone to the mikvah and practiced the related observances. “Even as a secular contemporary Jew, the traditions associated with mikvah would be healthy for any marriage,” she said.

Krudo, who has not been to the mikvah since the first few years after she got married, says that Majesky, opened her eyes to what is behind the tradition of mikvah. “It was a beautiful experience and we are really grateful for her reaching out to us.”

Related Articles
View All
A New Mikvah To Open In Oregon
Three hundred miles. That’s the distance from Chabad of Ashland, Oregon, to the closest traditional mikvah. Ashlander women who wished to keep the mitzvah of…
International Mikvah Website To Be Revamped
(Lubavitch.com/LNS) Mikvah.org, the leading website for Jewish family life, is the grateful recipient of a significant grant that will make researching mikvah a newly rewarding…
Laying the Groundwork: Chabad in Canberra to Open New Mikvah
After more than half a century with no rabbi, no Jewish school or kosher butcher in town, Canberra’s 2000 Jews are beginning to see change.
Mikvah Excavation Confirms Observance of Ritual Among Early Jews in America
Excavations in Baltimore’s historic Lloyd Street Synagogue, the third oldest synagogue standing in America, have uncovered the oldest mikvah in the country to-date. The mikvah…
As Popularity of Mikvah Use Grows, So Do Standards
Of the 200 mikvahs in the United States, 90 exist under the auspices of Chabad Lubavitch centers. With another ten Chabad mikvahs to break ground…
After 45 Years, A Jewish Community Breaks Ground For New Mikvah
(lubavitch.com/LNS) Two feisty Jewish women, their lives separated by 100 tumultuous years, have inspired the building of a new mikvah in Greenville, SC. In 1911, Chava…
Old Mikvah Uncovered in Kostroma Synagogue
During minor construction activities in the kitchen of the Kostroma synagogue, the city’s Chief Rabbi discovered what appears to be an old mikvah.
A Renovated Mikvah for Mumbai’s Jewish Community
The recent work on the Mikvah, which was funded by local business people, is part of the Gechtman’s efforts to resume the work of the…
Get Inspiration to your inbox!
Newsletter
Join our weekly newsletter for inspiration and updates
Donate
Find Your Local Chabad Center
Subscribe
|
Log In
Chabad
About Chabad-Lubavitch
About Chabad Lubavitch
The Rebbe
Headquarters
Magazine
Magazine
News
News & Updates
In The Media
Impact
Social and Humanitarian
Social and Humanitarian
Education
Education
Community
Community