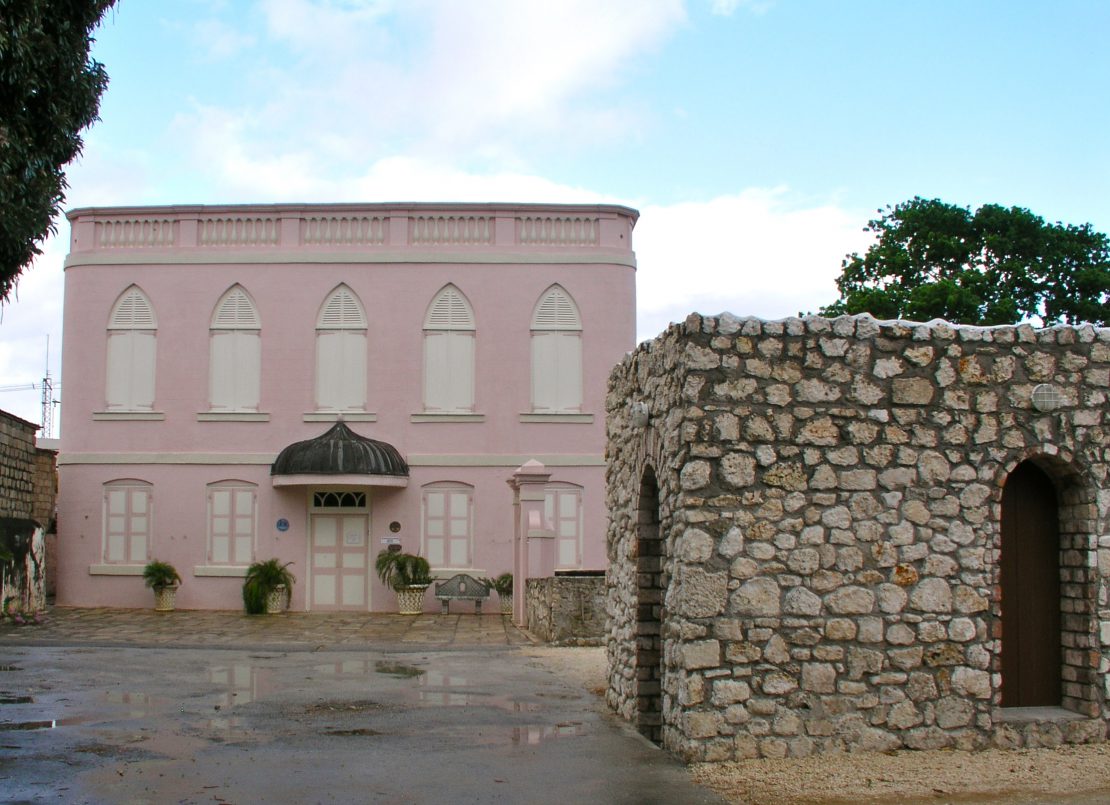 Excavations in Baltimore’s historic Lloyd Street Synagogue, the third oldest synagogue standing in America, have uncovered the oldest mikvah in the country to-date. The mikvah complex is located in the basement of a row-house adjacent to the Greek revival style synagogue. It was first detected in 2001 when archaeologists found part of a five-foot-deep wooden tub. Fears that the wooden structure would be damaged prevented further excavation. This winter, however, archaeologists were able to uncover about a fourth of the mikvah.

The mikvah complex, most likely built by the German Jewish immigrants who built the nearby synagogue, offers insight into early Jewish observance in America. The mikvah, a body of water connected to a natural source, is used for immersion at various periods in Jewish life. Mikvah observance and the laws of Family Sanctity are the cornerstone of Jewish family life and a key component of the Jewish community. It was not until this past decade, however, that archaeological findings have shed light on early mikvah observance in America.

According to Dr. Jonathan Sarna, Joseph H. & Belle R. Braun Professor of American Jewish History at Brandeis University, “the more we know, the clearer it becomes that the mikvah was important to early Jews [in America].” Though in the United States, mikvahs older than the Baltimore mikvah built in the 1840s have yet to be discovered, “there is not a scintilla of a doubt” that older mikvahs did exist. Sarna notes synagogue minutes in the communities of Philadelphia and New York that record the upkeep of local mikvahs, as part of a “astonishing reminder that religion [along with mikvah observance] was central [to Jewish life].”The paucity of information until now led many to assume that early Jewish settlers in the New World, largely composed of Iberian Jewish refugees, were not careful in mikvah observance. Max I. Dimont, a historian and author of several popular works on Jewish History, was of the opinion that the early settlers “had simply rejected the entire institution [of mikvah].” Recent discoveries of mikvahs in the early Jewish communities of Recife, Brazil and on the islands of St. Eustatius and Barbados in the Caribbean, have refuted this notion.

Detailed research into the mikvahs of the early colonists by Dr. Laura Leibman, Professor of English and Humanities at Reed College has shown that rather than rejecting the observance of mikvah, early Jewish settlers held it in great esteem.

Many of the early settlers in the New World were either Spanish Conversos or their descendants. To these Jews, resettled initially in Amsterdam, and from there in various New World colonies, the mikvah took on a new level of meaning.

The mikvah is used in transitional periods in Jewish life — such as after the conclusion of the menstrual cycle, after the birth of a child and as part of the Jewish conversion process. To the early Sephardic colonists — previously estranged from their heritage and living in what was then the edge of the known world — the mikvah became a symbol of hope and return.

Thus, according to Leibman, “for women . . . the physical ceremony marking their personal reconnection to the divine [by going to mikvah each month] paralleled the larger movement of the scattered ‘remnant’ of Iberian Jews back to God and was inherently tied to the ritual bath.” Moreover, the physical design of the mikvahs was important to the colonists. Unlike the dark and ‘cave-like’ appearance of medieval mikvahs in Central and Eastern Europe, the early colonists chose to build what could only considered luxurious mikvahs by the prevailing standards. During the 17th century, spa culture was popular among the European elite. Co-opting the imagery of the spa, Sephardic Jews began to build heated mikvahs, opting to tile them in the manner of a spa. These features created a more elegant effect than the far simpler plaster-lined mikvahs of previous generations.

Mikvahs discovered in Curaçao, Suriname and Barbados all included such features. Even the poorer colonial outpost of S. Eustatius featured a “spacious and well decorated” mikvah — built adjacent to the synagogue in 1738.

Mikvah observance remained important to Jewish life into the nineteenth century. Changes in the Jewish community, however, brought a decline in mikvah use. By the 1840s, however, many communities only had a few mikvahs despite their growing populations. An influx of Central European Jews, hailing from Germany, Austria and Bohemia in the 1820s and Eastern European Jews in the 1880s, helped reinvigorate mikvah use. But a lack of education and changing standards of religious observance often meant that the practice did not continue past the first generation. By the 1920s, mikvah observance had reached a dismal low in America. Even the mikvahs themselves were in poor condition. At the turn of the 20th century, the New York Board of Health shut down many of the city’s mikvahs, declaring them a health menace. Despite their reopening shortly thereafter, the image of mikvah as unclean — and a relic of a previous era — remained.

Jewish leaders realized that the situation was dire. Rabbi Leo Jung, a leader of Jewish Orthodoxy in America, began a campaign to reinvigorate mikvah observance. Writing to the sixth Lubavitcher Rebbe, Rabbi Yosef Yitzchak Schneersohn, he went as far as to claim that Jewish women ought to “refuse to get married before the community establishes decent mikvahs.” Jung ultimately built 15 mikvahs in communities across the country.

In 1975, the Lubavitcher Rebbe, Rabbi Menachem Mendel Schneerson, launched a new campaign to reinvigorate mikvah observance in America. While a growing Orthodox community was careful to observe the laws of Family Purity, the subject was hardly discussed outside the community. According to Leibman, the Rebbe has been “a huge influence” on increased mikvah observance. Crediting the Rebbe’s initiative as the “most influential in terms of dissemination of information” about mikvahs in America — Leibman also notes his push for “spa-like mikvahs” as a factor in their rising popularity.

Mrs. Rivkah Slonim, who serves as a Chabad-Lubavitch Emissary to Binghamton, NY and a prominent author and lecturer on mikvah observance, has also seen changes since she began speaking about the subject.

“When I first became active in talking about the mikvah,” Slonim recalls, “even members of the Orthodox establishment were silent on the matter.”

At the time, the subject of the mikvah was kept cloistered behind doors. The laws of family sanctity were taught “only to the observant, and only to those who were engaged to be married.” Since that time, however, “the doors” of mikvah discussion “have been thrust open.”

“The mikvah is no longer viewed as being just a women’s issue,” says Slonim. “With increased education, people are increasingly recognizing it as a Jewish issue.”