Once a CTeener himself, Dovid Goldshmidt and his wife Talya are opening an innovative CTeen center in Atlanta, GA 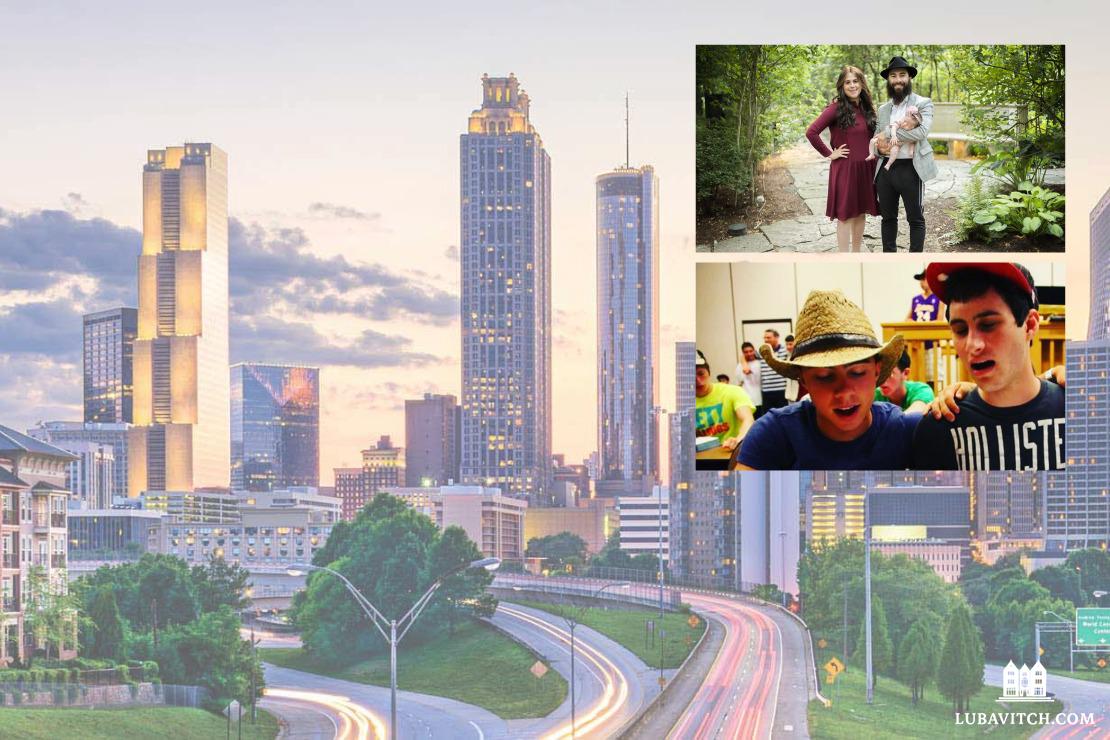 When he sat around school lunch with his fourth-grade classmates, Dovid Goldshmidt knew where he wanted life to take him. His classmates thought they’d be basketball players and pilots, but Dovid said, “I’m going to be a rabbi.” It wasn’t an obvious choice. Dovid’s parents had arrived in Chicago from the former Soviet Union in the early 90s and had only recently taken an active interest in Jewish practice.

Dovid attended Camp Gan Israel of Chicago every summer, where his counselors’ enthusiasm for life and Judaism felt contagious. “I’d tell people I wanted to be like my camp counselors,” Dovid recalls. “They were loving life; even at eight years old, I was going to have what they were having.” They’d stay in touch throughout the year, and Dovid even accepted their invitation to a Brooklyn Shabbaton at age twelve.

Camp Gan Israel ended with ninth grade. But the following summer, Shneur Notik, a friend of Dovid’s and rabbi-in-training at Lubavitch Chabad of Illinois’ Jewish Youth Foundation, assembled an adventure camp on the west coast. “There were ten of us that first year,” Dovid says. “Most of us didn’t know much about Judaism, but we shared what we did know.” They navigated level-five rapids together and slept in flimsy tents in bear country.

“What changed my life,” Dovid says, “was how real the rabbinical student counselors were.” Now, Dovid was serious about his rabbinical aims. The summer was so successful that Chabad’s youth arm, CTeen International, took an interest in the program. The trip became the prototype for CTeen’s adventure camp, CTeen Xtreme.

During Dovid’s sophomore year of high school, a friend invited him to a bonfire at CTeen of Skokie, Illinois. Dovid was on his chapter’s board the following year. By senior year he was the chapter president, led recruitment, planned programming, and got a taste of leadership. At the 2014 CTeen Shabbaton in Brooklyn, New York, Dovid was elected CTeen Leader of the Year.”

By then, CTeen wasn’t the only thing bringing Dovid to Brooklyn. He flew in each year for Sukkot, when the streets of Brooklyn’s Crown Heights neighborhood thumped with celebratory dancing. “I stuck out like a sore thumb in my red polo shirt,” he laughs, “but the authenticity of the experience kept drawing me back.”

After high school, Dovid left Chicago for yeshiva, first in Israel, then in Los Angeles and Brooklyn. He served as a counselor and student-shliach in a boys’ high school in South Africa, and worked with teenage boys again at the Mayanot Institute of Jewish Studies in Jerusalem the following year.

Six years after heading to yeshiva, Dovid was back studying in Brooklyn when he married Talya Portnoy. A native of Miami, Talya had spent time of her own at CTeen; she helped direct CTeen of Charlotte, North Carolina, after completing her studies in seminary. Together, the young couple began looking for an opportunity to make their mark as Chabad emissaries. Of course, CTeen was calling.

The trailblazing CTeeners are now opening CTeen of Atlanta. Rather than running youth programming at an existing Chabad center, the Goldshmidts are opening a stand-alone center for teens. “It’s a Chabad House exclusively for teens,” Dovid says.

They’ve already purchased space in Atlanta’s northern suburb of Sandy Springs and are aiming high. “The dream is to have programming for everyone,” Dovid says. “Some people connect through their minds, others enjoy volunteering opportunities or even just a chance to hang out with Jewish peers.” Ultimately, CTeen of Atlanta aims to establish a lounge, a gym, and a cafe, along with a host of other programs catered to specifically teens. “We plan to develop a broad range of activities, to meet every teen where they are,” Dovid says.

The new type of CTeen center maximizes teen comfort, according to CTeen International’s Director, Rabbi Shimon Rivkin. “Not every teen is comfortable in a space they share with their parents,” he says. “There’s a tremendous opportunity for growth in the Goldshmidts’ model. It allows them to focus one hundred percent of their energy on meeting the teen’s needs.”

For Dovid and Talya, their CTeen center is the culmination of dreams. “We’ve seen the struggles teens face in today’s environment,” Dovid says, “and we’ve always wanted to help.” They say a dose of Jewish belonging and meaning can help teens grow into active and healthy Jews. “If we can help one Jewish teen, it’s all worthwhile.”

Related Articles
View All
CTeen
Chanukah Lights Go Up At Sunday Night Football
Millions Exposed to Holiday’s Message via the NFL
CTeen
Triple the Numbers! CTeen Summer Inspires Jewish Pride for Public School Students
Yakov Vinnik went from being asked to wrap tefillin at the White House, to sharing the mitzvah with a fellow Jew in Warsaw, Poland. That's…
CTeen
LIVE: CTeen Jewish Pride in Times Square
Jewish teens gather in New York City in an uplifting display of Jewish pride and unity; featuring a special Havdalah ceremony, meaningful inspiration and an…
CTeen
CTeen Shabbaton Brings 2,500 to New York
a plethora of workshops and discussion groups aim to give teens the ability to find strength in their Jewish identity, no matter the circumstances
Get Inspiration to your inbox!
Newsletter
Join our weekly newsletter for inspiration and updates
Donate
Find Your Local Chabad Center
Subscribe
|
Log In
Chabad
About Chabad-Lubavitch
About Chabad Lubavitch
The Rebbe
Headquarters
Magazine
Magazine
News
News & Updates
In The Media
Impact
Social and Humanitarian
Social and Humanitarian
Education
Education
Community
Community