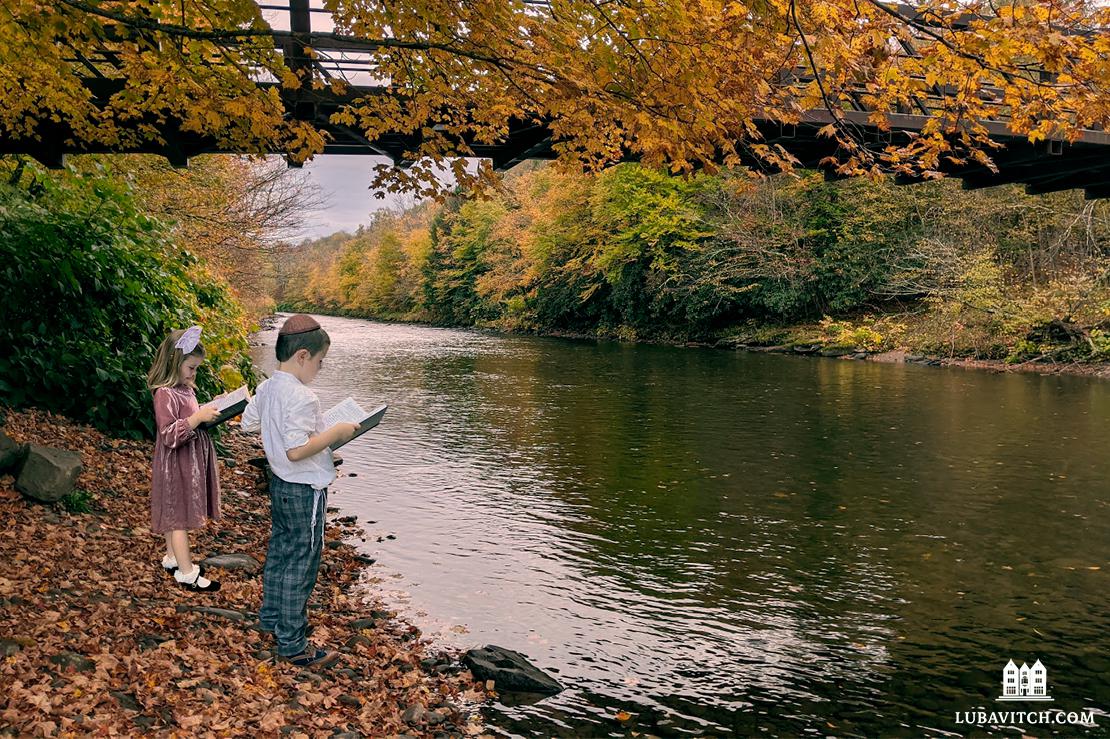 Prayers for a New Year

May the year begone, along with her curses

May the year begin, along with her blessings!

What a year it’s been. Rising prices, more crime, economic uncertainty, political instability, and social discord call to mind the words of the Machzor from the Yom Kippur service: “Calamities have piled upon us.”

Meanwhile, the embers from a global pandemic were still smoldering when a new brushfire started on the steppes of Ukraine. Seeing the return of war, massive destruction, population disruption, and shortages of basic goods in Europe has been jarring —especially for those of us who can remember them there before.

But, as one of the verses we recite before the blowing of the shofar puts it, sometimes, when we call out to G-d from the “straits,” He responds with “a vast expanse.” And indeed, it’s precisely where those straits have been most dire that we have witnessed the most magnificent response.

Together with lay leaders, and volunteers, Chabad shluchim in Ukraine rose to the challenges of the hour: evacuations, border crossings, refugee relocation, provision of food, shelter, and medicine. They had never trained for, let alone done, any of this—but that didn’t deter them. Courageously, selflessly, out of sheer devotion to their brothers and sisters, and bearing the mission instilled in them by the Rebbe, they forged on and saved lives.

Before the summer, I had the privilege of visiting two transplanted Ukrainian communities, one in Israel and one in Germany.  It was a bittersweet experience, profoundly painful, yet deeply heartening.

In bucolic Nes Harim, nestled in the Judean hills, Rabbi Shlomo Wilhelm and his wife, Esther, were directing a makeshift displaced persons camp for orphans and refugees from Zhytomyr, Ukraine. In cosmopolitan Berlin, Rabbi Avremi and Chaya Wolf teamed up with the city’s Chabad representatives, Rabbi Yudi and Leah Tiechtel, to reassemble an orphanage of some four hundred children and a significant portion of Odessa’s Jewish community.

The daring tale of the communities’ evacuation under fire is a study of modern mesirat nefesh: that spirit of self-sacrifice passed down to the shluchim by their forebears who defied Stalin just a generation or two ago. The love and succor these young men and women heaped on their communities-in-exile, often at great financial and personal cost, was moving. I could only marvel at the way they tended to their fellow refugees’ every need.

In our pre-Rosh HaShanah Selichot prayers, we plead for G-d’s mercies by invoking His love for the downtrodden:

answer us judge of widows,

Our Sages assure us (Rashi Deut. 16:11) of G-d’s promise: If you give joy to Mine,  i.e., those closest to me—the Levite and the stranger, the orphan and the widow—I will give joy to yours. May G-d shower our dear shluchim, their families, the Jewish people, and all people with endless joy and good reason to be joyous. Indeed, as pointed out elsewhere in these pages, the Jewish New Year celebrates the creation of all humankind.

In the Musaf prayers of Rosh Hashanah we state:

Concerning countries, judgment is pronounced on this day,

which for war and which for peace,

which for famine and which for plenty …

Who is not recalled on this day?

For the remembrance of every created being comes before You,

man’s deeds and his task,

the actions and movements of a mortal,

the thoughts of a person and his schemes.

As we embark on the new year, let us plead with G-d to open gates of kindness and mercy; let us pray that He bring an end to this suffering and strife, to the divisions of our deeply fragmented society; and let us pray for individual healing and blessing for every living soul.

May we all be inscribed and sealed for a good year in every way—materially and spiritually.

Related Articles
View All
Editorial
In Transition
When the people saw that Moses was so long in coming down from the mountain, the people gathered against Aaron and said to him, “Come,…
Editorial
It’s Never Too Late
Across every segment of Jewish life, in America and elsewhere, we are seeing a demand for genuine, substantive, Torah study opportunities
Editorial
Sons And Daughters At The Seder Table
It was unseasonably cold on the first night of Passover back in 1979. Snow had fallen the day before and melted into slush puddles that…
Editorial
Better Than Birthday Cake
Chabad communities around the world are launching a truly ambitious 1,210 new institutions.
Get Inspiration to your inbox!
Newsletter
Join our weekly newsletter for inspiration and updates
Donate
Find Your Local Chabad Center
Subscribe
|
Log In
Chabad
About Chabad-Lubavitch
About Chabad Lubavitch
The Rebbe
Headquarters
Magazine
Magazine
News
News & Updates
In The Media
Impact
Social and Humanitarian
Social and Humanitarian
Education
Education
Community
Community