Do Menorahs Belong in the Public Square? 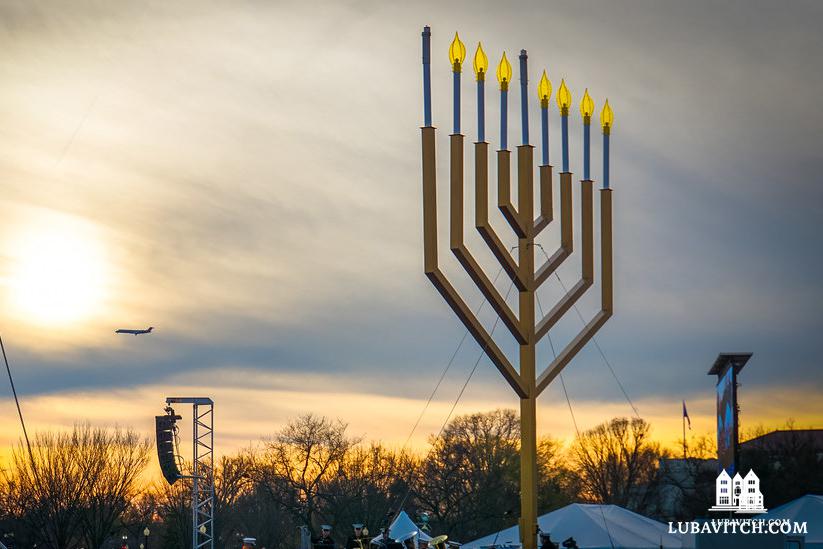 Photo Credit: The lighting of this menorah – the world’s largest – is attended by thousands every year and seen via TV newscasts, internet feeds and other media by tens of millions across the nation and around the world, many of them hundreds of miles from any Jewish community.

The public menorah has become a ubiquitous symbol at shopping malls, parks and public spaces the world over. But arguments over holiday displays and the religious nature of their symbols have been waged in town halls, on city boards and have even reached the Supreme Court.

From our archives, Lubavitch.com presents two articles that look at the legal history of the Menorah in the Public Square.

A 2006 piece, written eighteen years after the Allegheny vs ACLU ruling, explores the menorah as a symbol of religious freedom and whether the precedent set by the ruling has helped Chabad’s public menorah campaign.

In 2014, Dovid Zaklikowski opened his article with a quote from then-Vice President Joe Biden comparing “the ongoing miracle of coming together in a nation that respects the freedom to live and worship in peace,” to the battle the Macabees fought “long, long ago.” And takes us back to the first public Menorah lighting on a Manhattan street in the early 70s.

Click here to find a public Menorah lighting near you.

Related Articles
View All
Germany: Light in the Footprint of Hate
As a light drizzle fell, thousands gathered for a historic Menorah lighting in Berlin, Germany. “I just watched a light extinguish a dark history at…
Public Jewish Hour: 88 Years, Going Strong
It’s Wednesday afternoon and young men are streaming out of the yeshivah on Brooklyn’s leafy Eastern Parkway. Armed with snacks, crafts, and sheafs of paper,…
Chanukah
Is This Chanukah Story Too Violent For Children?
“Chanah and Her Seven Sons” is a classic Chanukah tale. It is a story of faith, courage, and resilience. But is also a story of…
Chanukah
How To Chanukah
The Menorah On each of the eight nights of Chanukah, this year beginning November 28 through December 6, we light the menorah. Here, in a…
Chanukah
When Kids Are The Lone Menorah
Jewish students at secular primary schools all over the country face daily challenges to their cultural and religious identities.
Chanukah
Traditional Meets Unconventional: The World’s First Ever Chile Menorah Inaugurated in Santa Fe, New Mexico
Jewish tradition fuses with authentic New Mexican flavor in the “chile capital of the world”
Get Inspiration to your inbox!
Newsletter
Join our weekly newsletter for inspiration and updates
Donate
Find Your Local Chabad Center
Subscribe
|
Log In
Chabad
About Chabad-Lubavitch
About Chabad Lubavitch
The Rebbe
Headquarters
Magazine
Magazine
News
News & Updates
In The Media
Impact
Social and Humanitarian
Social and Humanitarian
Education
Education
Community
Community