A Little Boy Who Lit up His Town

A preschooler's insistence for representation changes the holiday season for his town. 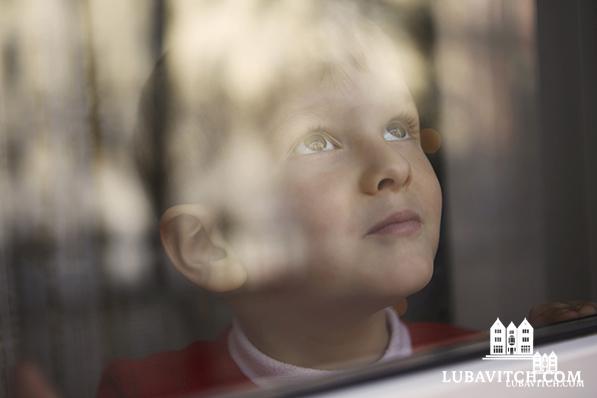 He clicked the yellow lego piece into place atop his carefully constructed menorah and sat back to survey his handiwork. His winter scene looked perfect. The houses were topped with snow, and his menorah stood tall, the shamash aglow with a special lego light.

That’s when he noticed. Through his living room window, he could see the annually decorated tree at the crest of the hill, just inside the entrance of the Chadwick Lake Park. But something was missing.

“How come the park has a tree and no menorah?” he asked his dad, David.

Impressed with his son’s thoughtfulness, David said, “Maybe you should ask the man who takes care of the parks.”

David had grown up in Newburgh, New York, alongside Rob Petrillo, who was now the city’s Recreation Department Commissioner. So David made a call, and the next day, father and son paid Rob a visit.

“Why is there no menorah in Chadwick Lake Park next to the tree?” Brandon asked the commissioner.

Rob was stumped. “Well,” he said, “if we purchase a menorah, will you take responsibility for lighting it?”

And that’s how one little boy lit up his city.

For the last thirteen years, Brandon, his brother Noah, and his sister Chelsea, have lit the public menorah on each of the eight nights of Chanukah. Sneaking into the park after nightfall may be something that other kids do for mischief, but for these three children, their dad, and their mom Aileen, this has become a holiday tradition borne with pride.

“It’s worked out well for our community,” David says. “We’ve had Jews unaffiliated with any religious organization reach out and join us for the menorah lighting.” With a population of 28,000, David estimates that Newburgh, a small city in Upstate New York, is home to around 600 Jewish families.

When Rabbi Shmuel and Faige Serebryanski, Chabad representatives to East Orange County first arrived in the area ten years ago they reached out to the Recreation Department of Newburgh, for permission to put up a public menorah in Chadwick Lake Park. “We already have one,” they told him. “And the local Jew lights it.”

“I was surprised,” Rabbi Shmuel shared with Lubavitch.com. “We had been in touch with officials at public spaces in the group of small towns all around East Orange and none of the others had a menorah, so how had this one come about?”

The Serebryanskis eventually met up with the Reins, and the families have been friends ever since.

“Brandon is an incredible young man,” says Rabbi Shmuel. “He was our first CTeen leader.”

Brandon is now at Worcester Polytechnic Institute, studying biochemistry with aspirations of becoming a doctor. He will be returning home for Chanukah in order to ensure that the Chadwick Lake Park menorah continues to shine. “At the time I didn’t really understand the significance,” he reflects. “I just knew that it was my park and that I wasn’t represented. Now it’s something I’m very proud of.”