CTeens Bond, Connect to Their Judaism on Israel Heritage Quest 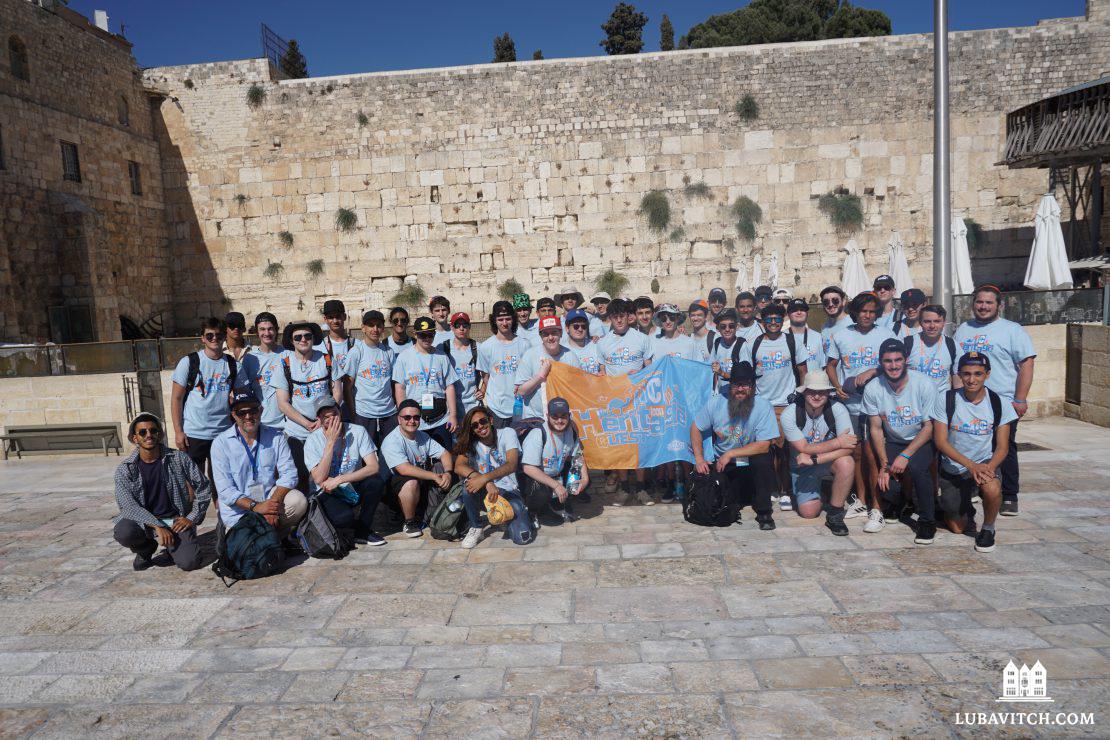 The energy was building in the terminals of New York’s John F. Kennedy International airport. Alone and in small groups, teens from distant posts around the U.S. trickled in. For many, this was to be their first time traveling overseas. Doing so amidst the complications of Covid-19 only added to their nervousness. But anticipation gave way to excitement as they recognized one another from their pre-trip Zoom meetings. In all, eighty Jewish public school teens, split evenly between separate trips for boys and girls, were about to depart on CTeen’s whirlwind “Heritage Quest” to Israel.

CTeen, Chabad’s International Teen Network, gears the annual summer program towards teens from traditional or non-observant backgrounds who are eager to explore their Jewish identity. Thanks to the Jewish Education Project’s new RootOne initiative, which is generously funded by the Marcus Foundation, CTeen was able to offer $3,000 vouchers to public school teens traveling to Israel, boosting registration.

“This trip is an immersion in an absolute whirlpool of fun,” said Rabbi Moshe Rapoport who is the youth director at the Pelz Center of Jewish Life in Mequon, Wisconsin, and led the boys division for the summer. “They get to experience Judaism, Jewish culture, history, food, the whole package.”

Beginning on July 11th, the teens spent twenty-two action-packed days touring Israel and having the time of their lives. The itinerary kept them on the move, from rafting down the Jordan River to camel riding, surfing, and soaking in the Dead Sea. All along the way, they learned about Jewish history by, amongst other things, hiking up the ancient mountain fortress of Masada, visiting the Yad Vashem Holocaust Remembrance Center, and exploring the old city of Jerusalem. Although they spent long hours each day exploring the Land of Israel, for many of them, the real journey was exploring their own Jewish identity.

Michele Farnoush, an eleventh grader from Los Angeles, California, remembers her first Friday night at the Kotel as a poignant moment. She and her friends were blown away by the diversity of the crowd there. Jews came dressed in every which way, but all of them were celebrating Shabbat together. Even if it was the first time the teens kept Shabbat, they felt like they belonged there.

After praying at the wall, the girls gathered in a circle and began singing. Not knowing what to expect, they were surprised when total strangers started to join their group and sing along with them. Soon, other groups who had been singing amongst themselves came over and joined them as well. As their circle grew, so did their amazement. “The girls didn’t want to leave the Kotel after that.” Recalls Sarah Sherman, who led the girls division of the trip. “It felt like they had come home.”

Despite coming in knowing that they would experience observant Jewish practices, often the teens were surprised that it felt so natural to them. “Just because you don’t brush your teeth doesn’t mean you can’t wear a seatbelt.” Rabbi Moshe Rapoport told the boys. In discussion groups and around Shabbat meals, teens shared that they had often felt intimidated by Jewish observance. Even if they went to a Chabad at home, the impression that Judaism was all-or-nothing made connecting hard. Experiencing Israel and the trip’s Jewish environment helped them appreciate just how easy, fun, and non-judgemental their own Judaism could be.

Zach Ollivere, an eleventh grader who hails from Mission Viejo, California, said that he realized over the three weeks of the program that Judaism is “not a one size fits all”. “Various levels of Jewish commitment are totally fine. What matters is that we continue learning.” The trip’s environment made him want to get more involved in Judaism, and now he plans on putting on tefillin daily.

As reports of the teen’s enthusiasm reached Rabbi Moshe Kotlarsky, Vice-chairman of Chabad’s educational division, he remarked that he’s “encouraged by the excitement the teens are bringing home” and is “looking forward to watching them make a positive impact in their communities.”

For Zach as for many of his peers, the friendships he made over the summer surprised him the most. “I didn’t imagine all the guys would become such close friends by the end of the trip.”

After an intense summer of shared experiences, saying goodbye was hard. When each camper got up to talk at the end of the trip, teen after teen got emotional when describing how close they felt to each other. Hannah Gilmartin, who just graduated high school in Gilbert, Arizona, had come not knowing anyone else in the group. By the time she returned home, she had made an enormous amount of new best friends. Thinking back, Hannah said, “I never expected to feel this close to so many people who I didn’t even know existed three weeks ago.”

Related Articles
View All
CTeen
Trailblazing Former CTeener to Open Innovative Atlanta CTeen Center
Once a CTeener himself, Dovid Goldschmidt and his wife Talya are opening an innovative CTeen center in Atlanta, GA.
CTeen
Triple the Numbers! CTeen Summer Inspires Jewish Pride for Public School Students
Yakov Vinnik went from being asked to wrap tefillin at the White House, to sharing the mitzvah with a fellow Jew in Warsaw, Poland. That's…
CTeen
LIVE: CTeen Jewish Pride in Times Square
Jewish teens gather in New York City in an uplifting display of Jewish pride and unity; featuring a special Havdalah ceremony, meaningful inspiration and an…
CTeen
CTeen Shabbaton Brings 2,500 to New York
a plethora of workshops and discussion groups aim to give teens the ability to find strength in their Jewish identity, no matter the circumstances
Get Inspiration to your inbox!
Newsletter
Join our weekly newsletter for inspiration and updates
Donate
Find Your Local Chabad Center
Subscribe
|
Log In
Chabad
About Chabad-Lubavitch
About Chabad Lubavitch
The Rebbe
Headquarters
Magazine
Magazine
News
News & Updates
In The Media
Impact
Social and Humanitarian
Social and Humanitarian
Education
Education
Community
Community