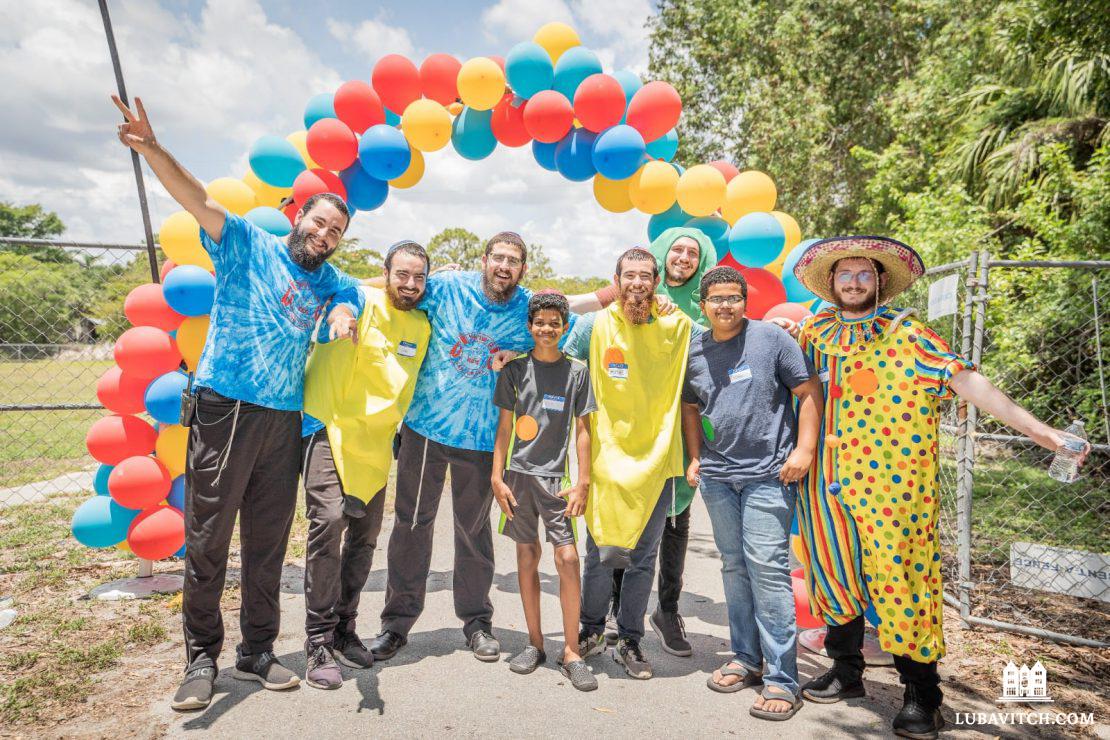 CKids Gan Israel’s promo video opens with a shot of young Aiden Batkilin devouring a rainbow snowcone and dressed in the camp’s effervescent blue tie-dye shirt. “If I would describe the camp in one word, I would describe it as spectacular,” the ten-year-old exclaims. A few moments later, after samplings of parent interviews and clips of counselors masquerading in banana suits, another camper, Ariel Barak, pops up to share his experience: “It’s like two months in two weeks! Anything that you can imagine…everything was there!”

The promo video was assembled after last year’s inaugural session of CKids Gan Israel, when thirty campers returned home on a high, with warm memories, tight-knit friendships, and a newfound connection to their Judaism.

Last year’s success was not enough, though, for Rabbi Levi and Chaya Plotkin, co-directors of the camp. Not content to merely replicate last year’s accomplishment, they pledged that this year would be even better – and doubly so. They doubled enrollment from thirty campers to sixty campers and planned a twice-as-long session, extending from ten days to twenty days.

In contrast to last year’s smaller undertaking, Chaya said that this year’s larger program “was a world of a difference,” with more staff, campers, parents, and time to capitalize on. “This summer proved that we’re here to stay and that, G-d willing, we are on track to grow insanely, very quickly.”

Rabbi Levi and Chaya founded CKids Gan Israel last year in the midst of the pandemic, under the auspices of Rabbi Yosef Biston, head shliach to North Broward and Palm Beach County, and with the support of CKids, the Chabad children’s network.

Campers come primarily from the Florida area, where the camp is located, but a few travelled in from outlying states as well, including Louisiana, Georgia, and even New Jersey. Nine-year-old Dylan Douenias hails from Baton Rouge, Louisiana, where there is a very small Jewish population and where he attends Chabad’s “JUDA” Hebrew School. “He met more Jewish kids his age [at camp] than he’s known in the whole city!” said Elina Douenias, Dylan’s mom.

According to Rabbi Levi, the camp’s philosophy is to combine “minute to minute fun” (there’s no rest hour!) with an “insane love for practical Judaism.” Campers are given time each day to explore their heritage during “Torah Time,” an open exploration of Jewish ideas, and at the end of this summer, the camp compiled an original collection of Torah questions and answers proposed by the campers. Of course, even Torah Time is infused with a good dose of fun. The Torah Time director was fondly referred to as “Rabbi Duck” because he oversaw the learning while decked out in a duck costume.

Campers are returning home to families with varying levels of Jewish observance, and many parents expressed gratitude for the positive Jewish experience that camp provides. Asher Viera, thirteen, just celebrated his bar mitzvah and “he carried over a feeling of love [from camp] that he would not have felt otherwise,” said his mother Nina Maron Viera. “It was so palpable. You could feel it when he spoke, that there was a love for a community that he really had no connection with before this,” Nina said. Asher is also returning home with a newfound connection to four or five other local Jewish boys who attended the camp as well, and his mother is extremely grateful for this positive Jewish brotherhood.

Rabbi Levi and Chaya have already begun planning camp for next year. While it is too early to know exactly how the camp will evolve next year, Rabbi Levi is certain that, “We’re going to get crazily bigger!”