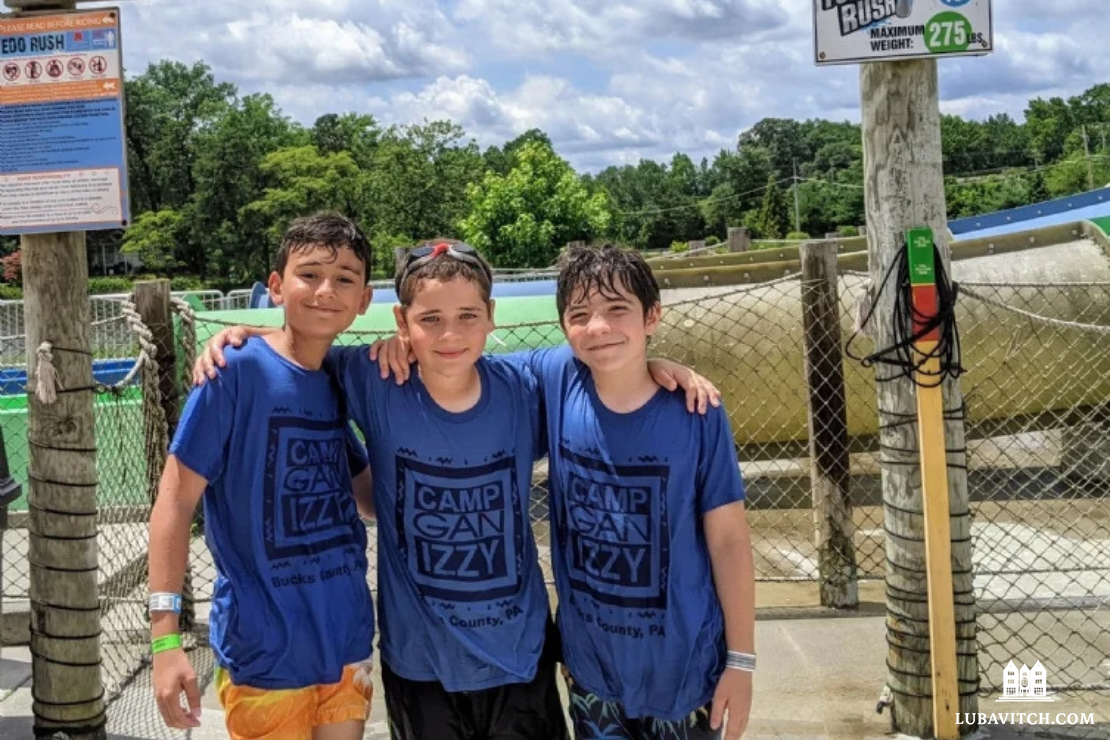 As Covid slides out of sight in the rear view mirror, many Chabad day camps are seeing enrollment above their pre-pandemic numbers — in some cases even doubling them. As Chabad’s Gan Israel camps launch across the United States and Canada, their unique blend of summer fun and Jewish connection is attracting record numbers.

In 2019, one hundred and eighty kids signed up for a fun-packed summer at Camp Gan Izzy in Bucks County, Pennsylvania. This year the camp hit maximum capacity at two hundred and fifteen, while dozens more hopeful campers are on the waiting list. Camp director Rabbi Mendy Lezell says the camp has been growing consistently for the past few years. “Last year, we ran out of space right when summer started. This year we ran out of space by Pesach,” he says. “We just purchased new grounds, so with G-d’s help, we’ll be able to accommodate everybody next year.”

“Some parents send their kids for the Jewish experience,” Rabbi Lezell says of Gan Izzy Bucks County, “but many see their kids having a great summer, and word gets around. The biggest complaint is that there aren’t enough weeks of camp.” With pandemic-proof precautions in place, Gan Izzy decided to go ahead with camp during the summer of 2020, which helped sustain their momentum in a year when most camps shuttered their doors. “A lot of people who otherwise wouldn’t have come to our camp signed up that summer,” Rabbi Lezell says, “and a good number of them stuck around.”

Rabbi Zalman Lowenthal, director of CKids International, Chabad’s central network of camps, says Chabad Camps were able to react quickly to COVID’s unique challenges and come out stronger. “Shluchim innovated, and were able to be there for communities through thick and thin,” he says. “I think you’re seeing the results of that today.”

Even if it’s only a summer of fun, for many children, Camp Gan Izzy becomes their go-to Jewish address for years to come. Rabbi Lezell says he once received a phone call from a former camper whose father had tragically passed away in a horrible accident. “He’d come to camp for several years after I happened to meet his family at the local Jewish festival,” Rabbi Lezell remembers. “He asked to come to recite kaddish for his father.” A few years later, he called again. His sister had a baby, and they called Gan Izzy when she decided to give her son a bris.

“She’s an adult now; it’s been years,” Rabbi Lezell says, “it’s amazing how when someone wants to pick up their connection with Judaism later down the road, they know where to turn. It’s just one story, but there are many like this.”