Yeka Counselors Drop Everything to Be With Ukrainian Campers 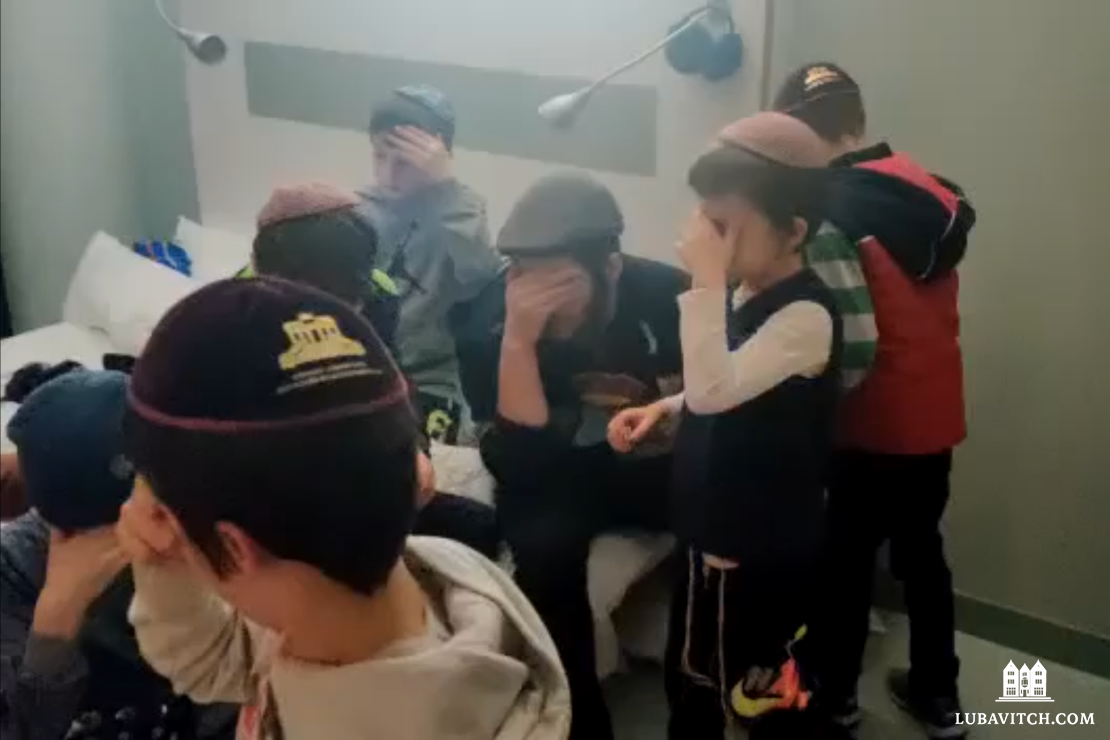 When shells began exploding in Dnipro, Ukraine, Chabad’s local Mironova Boys’ School for Orphans decided it was time to leave.

Mironova’s “parents”, David and Liora Vaskovsky, drove to the Polish border with fifteen teenage boys and their own young children. Upon reaching the border, David learned he was not allowed to leave the country, and his wife was forced to continue to Warsaw with the children on her own. Thankfully, the Vaskovskys had already reached out to two old friends, Yitzchok Achter and Boruch Okunov. The pair had been counselors at Camp Yeka, a grassroots summer camp for Jewish Ukrainian kids. And having received this call for help, they were already on their way from New York.

When Yitzchok and Boruch arrived in Warsaw, they booked a taxi to the Beit Chabad of Warsaw, where Rabbi Shalom and Dina Stambler were looking after the new arrivals. It was a sweet reunion, with the Mironova boys thrilled to see their counselors.

Camp Yeka began in 2001 when a group of rabbinical students in Ukraine realized that summer break was a bitter, lonely time for many kids. Widespread alcoholism, social dysfunction, and rampant poverty meant that many children did not have a happy home life waiting for them. With a bit of fundraising from family and friends back in the United States, the guys organized a summer camp and put their hearts and souls into giving the kids the summer of their lives. They called it Camp Yeka, which is short for Yekaterinoslav, as Dnipro was once called.

Every year since then, a devoted group of counselors comes together and generates the camp seemingly out of thin air. The workload is enormous, as each counselor must fundraise their travel costs and a portion of the camp’s operating expenses. “It’s exhausting, but it’s probably the most rewarding work imaginable for us,” says Rabbi Levi Berger, who has worked at the camp for several years. “The connection we get to build with the kids is unlike anything I’ve ever seen anywhere else.”

Given this connection, Camp Yeka counselors are uniquely positioned to provide support to their Ukrainian campers who were displaced by the conflict, and Yitzchok and Boruch were not alone in being willing to drop everything to do so.

Although Yeka staff members work other jobs or study in yeshivah, their network came buzzing to life when war came to Ukraine. Some have flown out to Europe to be with the kids, excusing themselves from work or got permission to take time off from yeshivah. One such counselor changed his plans to join the IDF in order to go be with his campers. Other staff have reached out to the kids and their parents, offering to help. “We set up a channel to send money directly to families in need,” says Menucha Matusof, director of Yeka Girls, “so they can buy food, clothing, and other essentials.”

When one hundred children of Odessa’s Mishpacha Orphanage arrived in Berlin, Esther Golomb and Raizy Leitner, two of Yeka Girl’s Camp counselors, were waiting for them. Mendel Goodman and Shneur Lerner soon showed up with seven suitcases packed with prizes, kosher candy, and games. And the two groups now run programs to keep up the children’s spirits. Rebbetzin Chaya Wolff, the Chabad emissary to Odessa who now operates the orphanage in Berlin, reports that the counselors are doing invaluable work. “The kids think it’s winter camp,” she says.

Another call for help came from Vienna, Austria. Fifty Yeka kids were among the dozens of Dnipro families who relocated to Vienna to escape the war. “Three counselors flew there and are now running a full-on school for the kids,” Rabbi Berger says. More counselors traveled to Israel to be with the children of Zhytomyr’s orphanage and support other Yeka campers who are refugees there.

Before the boys of Dnipro’s Mironova Orphanage left Poland for Israel, the Yeka counselors took them on a shopping spree. In the week they had spent together, they’d played the ukulele, enjoyed bumper cars, and traveled to pray for peace at the resting place of Rabbi Elimelech of Lizhensk. “Thanks for the support, Boruch and Yitzchok,” Mironova posted to Facebook, “our guys in Poland were in good hands!”

To support the united efforts of Yeka Boys and Yeka Girls and their counselors visit: