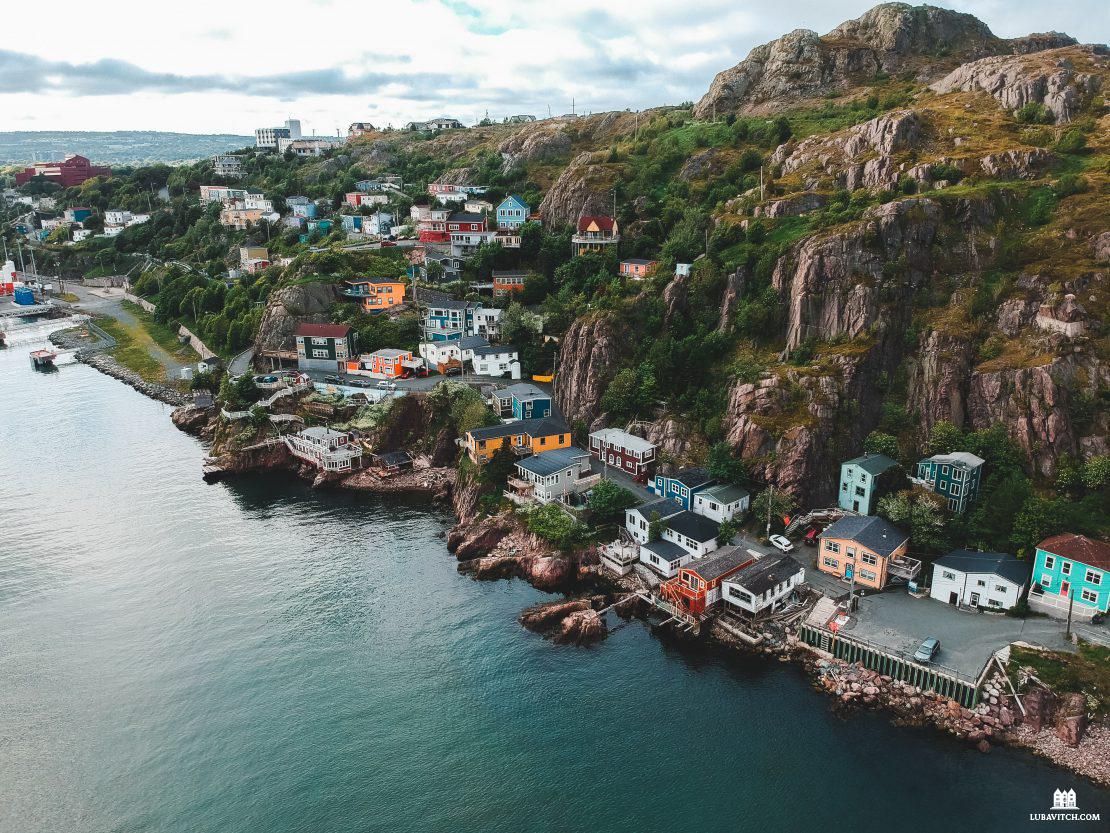 If you are a come-from-away (non-Newfoundlander) the babble of Newfoundland English that assails you as you arrive in Canada’s most easterly province may sound like a foreign language. But the terms  of endearment in the language—me son, ducky, treasure, to name a few—reflect a culture that has been rated one of the top ten friendliest in the world.

With 29,000 kilometers (just over 18,000 miles) of Atlantic coastline—that’s enough to stretch across Canada four times over—you may find yourself whale-watching, hiking between abandoned fishing villages, or viewing the icebergs, like the one that sank the Titanic just 400 miles offshore.

Enjoy its distinct architectural heritage and its unique culture—a blend of the population’s English, Irish, French, and Indigenous legacy.

An eight-hour ferry ride from Nova Scotia, or two hours if you drive from Quebec across Labrador and catch the ferry from there, Newfoundland is pretty much isolated from mainland Canada to its West. Across the Island in the capital, St Johns you’ll find the Chabad Center in a two-story family home just a seven minute ride from St Johns International airport.