Dozens of young Jewish professionals from across the United States bonded on a Chabad getaway to Antigua, Guatemala last weekend 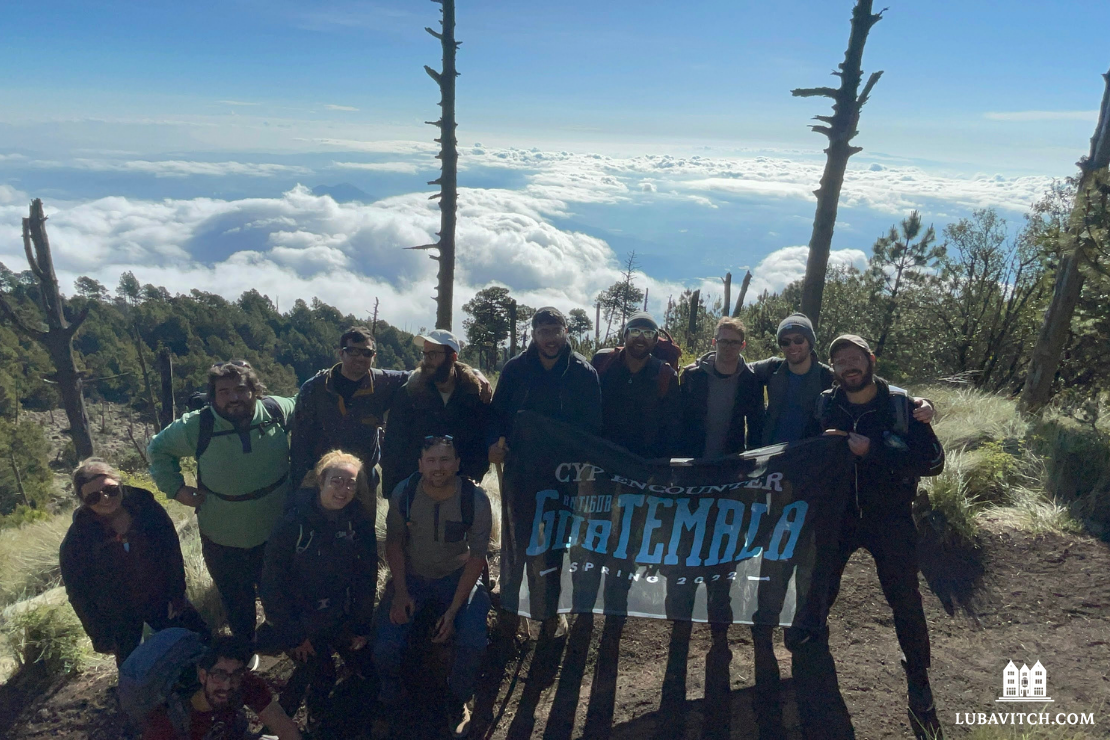 Daniel Benyaminov is a chef of Israeli extraction who lives in Toronto, Canada. Last week, he was in Guatemala, looking into a live volcano. “I didn’t see that coming,” he laughs. But then, he also didn’t expect to be starting his days by wrapping tefillin a week later.

After Rabbi Shmuel and Esther Neft of Chabad Young Professionals Toronto invited him on a unique weeklong escape to Antigua, Guatemala, Daniel joined a couple of dozen other young Jews from across the United States for a getaway dubbed “CYP Encounter”. On Wednesday night, they arrived at Rabbi Chaim and Darya Silber’s Chabad House in Antigua, which served as the group’s base for the weekend. On Thursday night, they camped 8,530 feet above sea level, halfway up the Volcan Acatenango trail, which leads to an active volcano.

On Shabbat, still recovering from the hike to the volcano’s summit, Daniel received an aliyah at the Torah reading and told Rabbi Silber he wanted to begin wrapping tefillin daily. Yonatan Cohen of Orlando, Florida, didn’t know Daniel before Wednesday, but hearing that Daniel didn’t own a pair of tefillin, he offered to buy him a set. “You’d think they’d been friends for years,” says Rabbi Beryl Frankel, director of Chabad Young Professionals International. “The spirit of friendship was infectious, especially over Shabbat.”

Four of the nearly two hundred worldwide CYP chapters joined the weekend, from Pacific Beach, California; Great Neck, New York; Raleigh, North Carolina; and Toronto, Canada. On Thursday morning, the group had a chance to get to know each other when they circled up on a lookout, already high on the mountainside. “The range of people who came together amazes me,” Rabbi Frankel says, adding that it “highlights the thirst for Jewish connection regardless of occupation.”

For Solomon Berezin , a longtime member of Chabad Young Professionals in Houston, the weekend mirrored Chabad’s role in his life. “Sharing these experiences with young Jews like myself has been profoundly meaningful,” he says. “We bonded over Torah and Judaism, we shared an adventure, and it’s changed my life.”