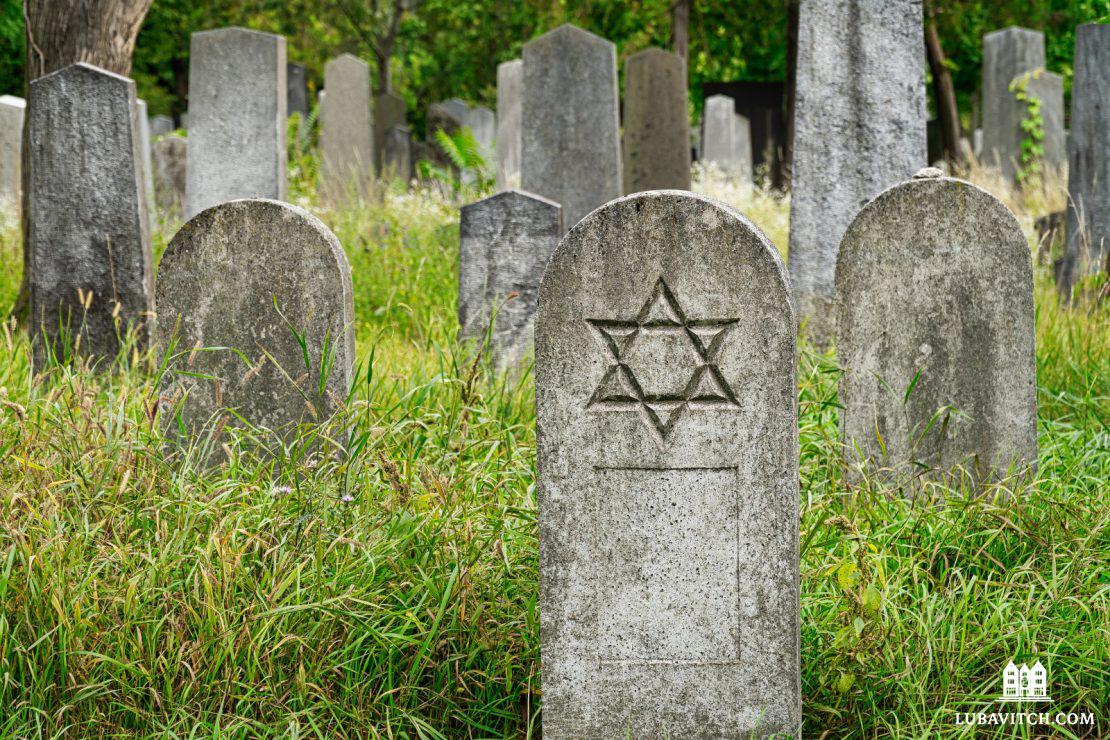 It all started with a post on a travel and credit card points forum from a non-regular user.

“Dr. Jay Goldstein passed away this afternoon in Fargo, ND,” it read. “Ideally, for the funeral scheduled for tomorrow, we would have his Jewish name and parents’ names, but when I spoke with him last week, he did not remember his parents’ Jewish names.”

The post listed a few details on the man’s family, ending off with a final plea. “Any leads on what their Jewish names are or where they are buried would be greatly appreciated.”

The request, posted on March 5, sparked an online genealogy hunt that ended with a total stranger visiting gravesites 1,399 miles away from the original author.

Who was Dr. Jay Goldstein? And who was trying to arrange his Jewish burial?

A Jew in North Dakota

Rabbi Yonah Grossman, Chabad rabbi in Fargo, North Dakota, is used to getting calls asking for him to preside over lifecycle events. So it wasn’t unusual when he was contacted by someone living in California whose family friend was nearing his final days at a hospice in Fargo. Could Rabbi Grossman go visit with him and prepare him for the end of life?

Grossman was happy to help. He drove over that night and visited with Dr. Jay Goldstein, a local Jew whom he had never met before.

“It was very hard for him to speak,” Grossman remembers. “Every word he said took so much effort, so we really didn’t talk much. I sat with him and recited the end-of-life prayers.”

He learned that Goldstein, 78, was a prominent family physician who had specialized in chronic fatigue syndrome and fibromyalgia. He taught at University of California and directed the Chronic Fatigue Syndrome Institutes of Anaheim Hills and Beverly Hills. He was one of the leading voices on the subject, authoring many books on it. He served as a Lt. Commander, stateside, during the Vietnam War.

Grossman also learned that Goldstein was a kind man, someone who had helped many people through his practice and even beyond, subsidizing treatments for those who couldn’t afford it. He had never gone to synagogue, and had kept a distance from anything religious.

The rabbi came back a couple of days later and cautiously asked Dr. Goldstein if he would like to lay tefillin. He indicated that he did.

“He became very emotional,” says Grossman. “I was so moved just watching him. And then he gathered strength and told me, ‘I didn’t think I’d ever get a chance to put on tefillin again.’

“It’s moments like these that keep me going during difficult times.”

Grossman, who had heard that Goldstein planned on cremation, raised the subject of having a kosher, Jewish burial.  “I explained the importance of Jewish burial. He listened carefully and decided to change his plans.”

The family reached out to Rabbi Grossman who arranged that his wish for a Jewish burial be honored.

But he was bothered by something that in the larger scheme seemed minor, but was nevertheless significant.

“Dr. Goldstein had told me his Jewish name is Yaakov. But he did not remember his parents’ Jewish names. It’s preferable to have the deceased’s full Jewish name and that of his or her parents for the ceremony and headstone. I wanted to do it right.”

When colleagues were unsuccessful in finding the information, he took a gamble and turned to an unlikely platform for help.

Jewish Internet, Do Your Thing

DansDeals.com is one of the most popular miles and points blogs. Opened by Dan Eleff in 2004, it’s helped millions of followers score deals. It also has a busy forum mostly focusing on advice on all things points, miles, and travel. Mostly–because just that week, anonymous members, Orthodox Jews, had helped connect a lost-and-found prayer book with its owner.

“I’m not a regular on the forum,” Grossman says. “But I saw the story of the siddur and figured, if these savvy guys could track down the owners of a siddur across the globe, maybe they could help me find two names–albeit very common ones.”

The post took off. Soon, about a dozen anonymous users were busy scouring the internet for clues leading to the location of the gravesites of Dr. Goldstein’s parents, which would undoubtedly bear their Jewish names.

They were cheered on by users like @JACKBLUE who wrote, “I’m following this thread…..  I can’t help much but all I can say is wow!! What a [sic] beautiful family we have here!”

Birth, marriage, and death records were pulled up from internet searches and ancestry websites were consulted. The team of strangers tracked down names of family members of the deceased and their records. They found the synagogues the senior Goldsteins may have attended and obituaries of their relatives.

“Am I spe[n]ding too much time on this?” wrote one of the sleuths with the handle @good sam. “Yes.”

And yet the records show he kept on searching.

A Minyan of Jews and a Brother-In-Law

The gang soon narrowed it down to one specific cemetery in Philadelphia. But they didn’t stop there.

“I was floored when one of the users, @Something Fishy, said his brother-in-law living in the area offered to go to the cemetery the next morning to find the headstones himself,” says Grossman.

Said brother-in-law, Nachi Schechter, made the trip but was unsuccessful, even with the help of the caretaker. The cemetery was in disarray, with arbitrary and unmarked sections.

But it turns out that the lead was inaccurate. And when they did find the correct cemetery, Schechter offered to go to that one too.

The next update is short, and attached to it are clear photos of the markers of Saul (Shalom) and Rae (Raizel) Goldstein, parents of Jay (Yaakov) Goldstein: “Found them both!”

And just in time too, an hour before the funeral was set to begin.

Furnished with the information, a grateful Rabbi Grossman led the small funeral of Dr. Goldstein in Fargo. It was a man he’d only just met, and for whom dozens of strangers, scattered across the US and possibly abroad, had come together to ensure a complete Jewish burial.

Doing acts of kindness for the deceased is considered one of the greatest mitzvahs a Jew could do. The Talmud calls it “chesed shel emes,” the ultimate kindness, as the favor can never be repaid by the beneficiary.

“It’s unbelievable,” says Grossman. “These people never met him and never will. They’re likely not rabbis. They have nothing to gain from this. He wasn’t part of their community. But he was our brother, and that’s what brothers do.”

Thanks to a group of Jews looking for travel deals, a Jewish man in North Dakota was laid to rest in a beautiful, fully Jewish ceremony.

May the soul of Yaakov ben Shalom v’Raizel be uplifted, and his family comforted among the mourners of Zion and Israel.

Related Articles
View All
Lifecycle
Good Deeds for Daniel Perelman
After a young man passed away in an airplane crash, his Wisconsin community is coming together to do mitzvot in his memory
Lifecycle
A Funeral & a Bar Mitzvah
After Naomi Rosenberg’s funeral, Rabbi Alter Korf brought her dream true by celebrating a bittersweet Bar Mitzvah with her two sons
Lifecycle
A War And a Wedding
Two Chabad emissary families travel through embattled areas, past army checkpoints and six countries, to a wedding celebration.
Lifecycle
Starr’s Yahrzeit Project
“It’s so personal, it touches people profoundly. And it creates a deep sense of community.”
Get Inspiration to your inbox!
Newsletter
Join our weekly newsletter for inspiration and updates
Donate
Find Your Local Chabad Center
Subscribe
|
Log In
Chabad
About Chabad-Lubavitch
About Chabad Lubavitch
The Rebbe
Headquarters
Magazine
Magazine
News
News & Updates
In The Media
Impact
Social and Humanitarian
Social and Humanitarian
Education
Education
Community
Community