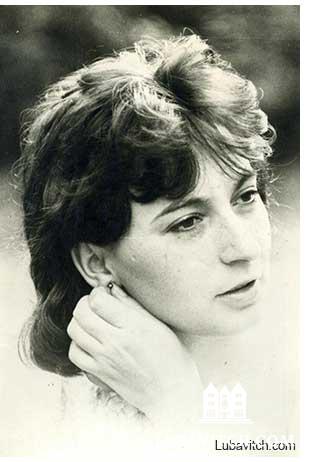 Iryna Shelkeiva, 54, an employee at the Gan Menachem Chabad preschool, was killed Tuesday from a shell that hit her apartment in the Ukrainian city of Donetsk. She was buried Thursday morning at the local Jewish cemetery as shelling in the background continued unabated.

Shelkevia was among some 2500 Jews who remained in Donetsk, currently under rebel control. Most of the city’s Jews have fled to safer Ukrainian cities, but Chabad activities continue in Donetsk.

“Despite the Chabad center’s close proximity to the center of the fighting, locals still visit the synagogue for daily prayers,” says the city’s chief rabbi and Chabad representative Rabbi Pinchus Vishedsky. “Despite the terrible tragedy Tuesday morning, people still had gathered for morning prayers.”

Vishedsky, currently in Kiev where many of his community have taken temporary shelter, has been working to secure funds to evacuate any Jews who remain in Donetsk and would like to leave. “As long as the war in the east continues, bringing Jews to safety is at the top of our agenda,” he told lubavitch.com.

In the interim, with many of those remaining in the city now unemployed, the Chabad center has been providing relief, with lunches and other forms of humanitarian assistance.

Shelkeiva, a mother of two, was described by Jewish community members as devoted to her work at the preschool. “She always welcomed every child with a smile and asked about their wellbeing. She cared about their success in school and was always there to take care of their needs,” said Rabbi Vishedsky.

This week was a particularly difficult one for the Jewish community. On Wednesday morning, a shell hit the bus station, killing two and wounding several others in an area near the Chabad center. “We have known many terrible days recently. We have to pray for peace and the wellbeing of all the citizens of our once, not long ago, peaceful city.”

To assist the Jewish community in Donetsk click here.

Related Articles
View All
Donetsk Jews in Exile: Pray for Us
Back in Donetsk, an eerie emptiness has replaced the noisy, boisterous JCC. The school building is closed, as is the kosher restaurant. A few Jews…
Chabad Representatives to Simferopol Keep Close Watch
"Most Jews feel that this is their community. They are not leaving, and right now our greatest concern is their security—we are working on installing…
Chabad Representatives in Ukraine Stay Put, Appeal for Help
Chabad Shluchim state-wide are struggling to meet the growing demand on their respective programs and services while funding from local business people has dropped by…
After Firebomb Ukraine Synagogue Sees Growth
Since the fire-bomb attack, the community decided to conduct more of its events than is usual, on its premises, raising awareness of and pride in…
Get Inspiration to your inbox!
Newsletter
Join our weekly newsletter for inspiration and updates
Donate
Find Your Local Chabad Center
Chabad
About Chabad-Lubavitch
About Chabad Lubavitch
The Rebbe
Headquarters
Magazine
Magazine
News
News & Updates
In The Media
Impact
Social and Humanitarian
Social and Humanitarian
Education
Education
Community
Community