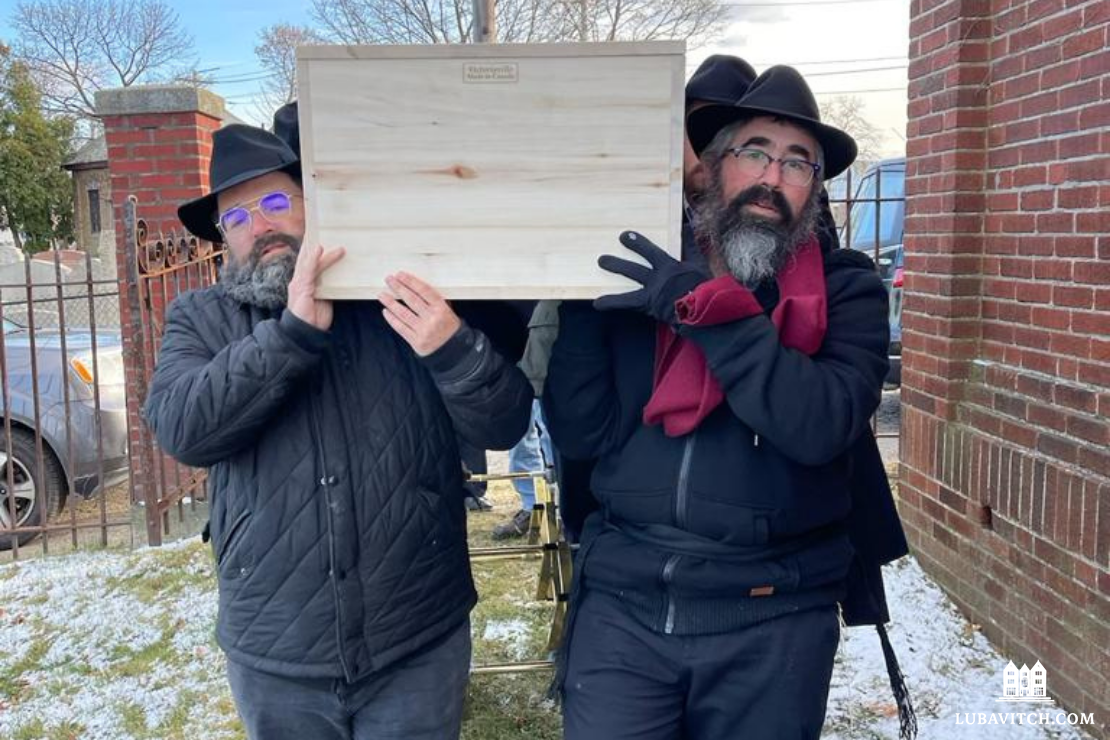 Every so often in the life of a Chabad emissary, an unusual little story comes along that leaves a poignant imprint.

When a Jewish resident at a nursing home north of Boston passed away without any relatives, Amy Torf Feinberg of Torf Funeral Services placed a call to Rabbi Nechemia Schusterman. Did he want to organize a Jewish burial for the unknown man? Rabbi Schusterman immediately spread the word among his fellow Chabad shluchim, and Rabbi Mayshe Schwartz answered the call. “Whenever I hear about opportunities for an incredible mitzvah like this, I like to grab them,” he said. Between them they scraped together a minyan of exactly ten men, seven of whom were Chabad rabbis, to be able to recite Kaddish for the anonymous man.

“We only knew that he had been disabled, and had been in the care of various agencies since forth grade,” Rabbi Schwartz said. “By the time he passed away at the age of ninety-six, he had spent almost a century in the care of others.” The rabbis intended to try their best to give the anonymous man a proper Jewish burial; but not knowing his Hebrew name, they anticipated not being able to call him by his proper name in the appropriate prayers.

When we arrived at the designated burial site, we realized something amazing. It was a family plot with a shared headstone for a father named Hershel and a mother named Shaindel. Both had passed away nearly fifty years ago. But there was a third spot, which was open and marked, “Kalman ben Hershel” along with his date of birth.

It became clear that before his parents had passed away nearly half a century ago, they had taken the necessary steps to ensure that their disabled would receive a proper Jewish burial. “Sure enough all these years later we were able to call him by his name, Kalman ben Hershel,” said Rabbi Schwartz. “We were able to say Kaddish for him and give him a full Jewish burial.”

Related Articles
View All
Funeral
A Final Passage, From China to Israel
A Jewish man dies alone in Suzhou, China. Chabad engages an international effort to prevent cremation and bring his body for burial to Israel. To…
Get Inspiration to your inbox!
Newsletter
Join our weekly newsletter for inspiration and updates
Donate
Find Your Local Chabad Center
Subscribe
|
Log In
Chabad
About Chabad-Lubavitch
About Chabad Lubavitch
The Rebbe
Headquarters
Magazine
Magazine
News
News & Updates
In The Media
Impact
Social and Humanitarian
Social and Humanitarian
Education
Education
Community
Community