A Final Passage, From China to Israel 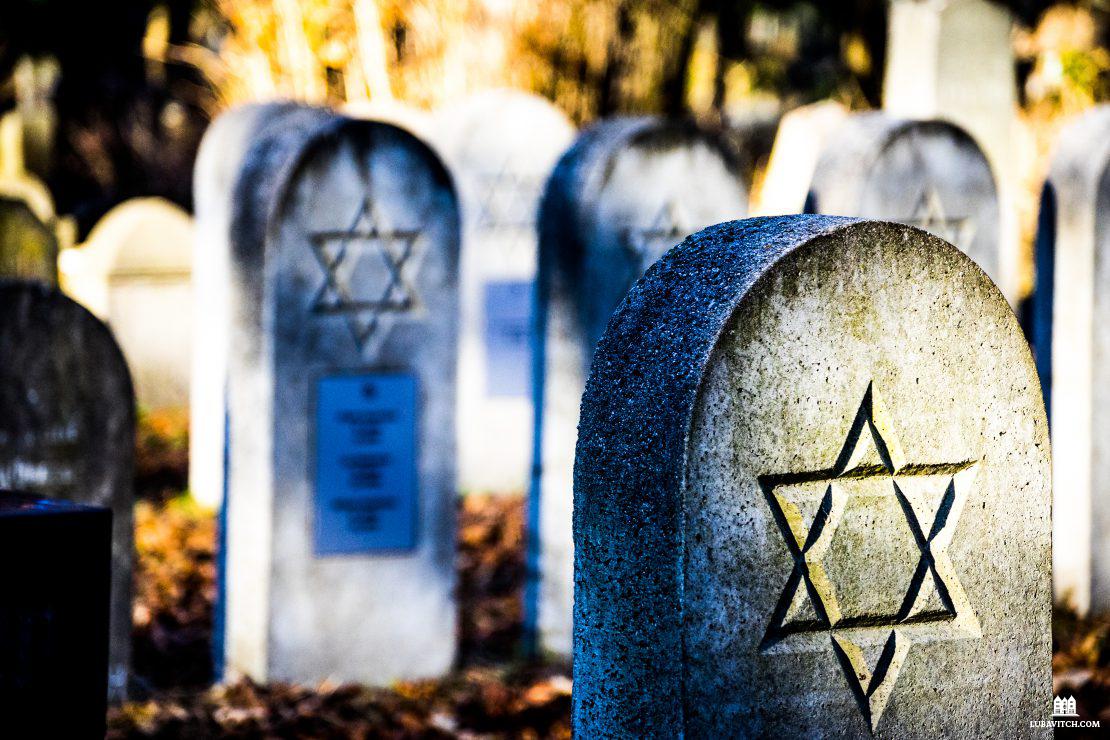 A Jewish man dies alone in Suzhou, China. Chabad engages an international effort to prevent cremation and bring his body to burial in Israel.

As Shavuot ended, Rabbi Shalom Greenberg of Chabad of Shanghai turned on his phone to check messages he’d missed over the two-day holiday. One was from Israel: A Jew in Suzhou, about sixty miles from Shanghai, was found dead, alone in his apartment. Could the rabbi help with burial arrangements?  Although it is a major city in the Jiangsu Province of East China, with a population of about 10 million, Suzhou has no Jewish community. The few Jews who live there travel to Shanghai for their Jewish needs.

Michael-Lasar Bischoffberger, 60, was born Michael Rabinowitz, in Donetsk, Ukraine and later moved to Germany. Some years ago, he moved to Suzhou where he taught private music lessons. Now, just two and a half weeks shy of his 61st birthday, he suffered a massive cardiac arrest. His sister—his only next-of-kin—was thousands of miles away.

Although historically China was home to large Jewish communities, there are no longer any Jewish cemeteries in China, so the rabbi, who has served the Jewish community of Shanghai and its environs since 1998, has been through this route before. He called Vicky Fischblitz, Michael’s niece back, and took her through the steps required for the remains to be brought to Israel for burial.

It wasn’t long before Vicky was on the phone again. She and her mother, Anna Rabinowitz, had encountered the first hurdle of what would turn out to be numerous obstacles in Michael’s final journey.

Michael had changed his name three times during his lifetime, and Suzhou authorities wouldn’t release his body without a birth certificate proving that he was who his family said he was. The only copies of Michael’s birth certificate lay in the municipal archives of war-torn Donetsk, where Michael was born, and in Michael’s apartment.

Greenberg searched his memory.  Though most had left the country when the pandemic began, there was still a Jew in Suzhou—the only one as far as Greenberg knew. A few months earlier, Ed Frumkes needed a yahrzeit candle and called the rabbi. Now the rabbi needed him. Without a moment’s hesitation, Ed agreed to accompany the police to Michael’s apartment to retrieve the birth certificate of a fellow Jew he’d never met.

But matters soon became complicated. Michael was a German citizen, having lived in Germany from the early nineties until his move to China a few years back, and only the German consulate could handle his repatriation. Consulate officials informed the family that their request to transport Michael’s body had been met with a firm negative by Chinese authorities. Due to the COVID-19 pandemic, China was not allowing transport of any corpses between provinces.

At the same time, Anna learned that the cost of repatriating Michael’s remains to Israel would be $20,000, a sum she couldn’t conceive of raising. Anna and Vicky were ready to give up.

He advised Anna to make arrangements for Michael’s burial in Israel and send him the documentation. He also told the family to engage an international human remains repatriation company with experience in repatriation to and from China. Roseates, a China-based firm, agreed to represent the family, and asked them to sign a contract. Once again, Anna turned to Rabbi Greenberg. How could she sign a contract that she knew she wouldn’t be able to afford? “Send me the contract and I’ll find the money,” was the rabbi’s response.

“Truthfully, I didn’t know where I would get the money,” Greenberg told Lubavitch.com. “But I figured if we didn’t get anywhere with the authorities, there would be nothing to pay for. And if it came to the point where G-d had found a way for us to transport him to Israel, G-d would also find a way for us to pay for it.”

It was now June 8, fifteen days after Michael’s passing. Rabbi Greenberg turned to the Israeli consulate in Shanghai with the contract proving that Michael would be buried in Israel and requested their help. Consul Limor Gadi moved quickly. She had the burial documents translated from Hebrew to Chinese, notarized, and forwarded to every Chinese official she knew. But no one would budge.

“I decided to do what we’re trained to do as shluchim—we don’t take no for an answer,” Greenberg said. He’d have to think outside the box.

So he called another colleague, Rabbi Yehuda Tiechtel, Chabad representative and Chief Rabbi of Berlin, Germany. Rabbi Tiechtel made a few calls and was soon put through to Frank Hartmann, Commissioner for Crisis Management at the Federal Foreign Office, who reports directly to the Foreign Minister.

Tiechtel’s efforts were effective. Hartmann’s office contacted the consulate in Shanghai, suggesting they work it out with local authorities before this becomes an international crisis. “I think the local officials were quite surprised to receive a call from the Foreign Ministry,” Rabbi Greenberg said. “They didn’t realize how seriously Jews take their burial rites.”

Suzhou officials promised to find a province from which Michael’s body could be flown to Beijing and on to Israel.

“A Jew in Australia”

Now that they were beginning to see movement, Greenberg realized he would have to make good on his promise about the money. Once again, he turned to his colleagues. Posting on a WhatsApp group for Chabad representatives to Asia, he asked if anyone knew of an organization or individual that might help cover the costs. A colleague, requesting anonymity, called Greenberg with the number of a Jew in Australia who he said might be willing to help.

Greenberg contacted the individual who also asked to remain anonymous—and was astounded at the response: “Send an invoice and the money will be transferred to Roseates’ account within twenty-four hours.” The total was close to $22,000.

On June 19, Michael’s remains began a 2,000 km (1,243 mile) journey to Chengdu, from where they would be flown to Beijing. “The logistics were bizarre,” Greenberg said. “Imagine if you were in Milwaukee and wanted to catch an international flight from New York. Instead of just driving to Chicago and flying to New York from there, you’d drive to LA and then fly from there to New York.” But this was the only way they could do it.

It seemed Michael’s body was well on its way. So Rabbi Greenberg caught his own flight to the USA to join his wife and children who left at the beginning of February when the pandemic ravaged Beijing. When the rabbi arrived in America, however, he discovered Michael’s journey was still not over.

The coffin was heavier than the cargo limit permitted on Chengdu-to-Beijing flights. More negotiations followed, and an allowance was made. On June 22, twenty-nine days after his passing, Michael’s body arrived in Beijing, where EL AL would not accept his death certificate—which stated that the cause of death was cardiac arrest—as proof that he was COVID-free.

Rabbi Greenberg contacted Yehuda Meshi-Zahav, founder and chairman of Zaka Search and Rescue—an organization dedicated to giving victims of terror, accidents, or natural disasters a Jewish burial. “The only option he will have in China is cremation. We must find a way to get him to Israel,” Greenberg implored. By Monday, June 29, Meshi-Zahav had secured all necessary permissions and arrangements were made for Michael’s remains to be carried on the July 2 flight to Israel.

But on the morning of July 2, EL AL pilots announced that they were on strike—all flights were grounded.

Working together, Roseates, Rabbi Greenberg, and Limor managed to get the necessary paperwork transferred, and the coffin was loaded onto a Tel Aviv-bound Turkish Airways flight, departing Beijing on July 5 with a connection in Istanbul.

“This is a testament to the Jewish people,” Rabbi Greenberg said. “None of those who got involved gained any personal benefit, just extra headaches. Yet every one of them—whether it was Ed who searched the apartment of a Jew he’d never met, or the EL AL cargo manager who assured me that whenever the coffin was ready to go she would personally make space in the cargo—came forth and said hineni—I’m here, and I will do whatever I can to help a fellow Jew.”

Related Articles
View All
Lifecycle
Hanover, Germany: A Tragedy and a Choice
Fifteen years ago, Zev Iluz’s phone rang. The Israeli expat had settled in Hanover, Germany, to escape the pressures of life in Israel. He wanted…
Lifecycle
Emerging From Lockdown, Romance Returns to Rome
With a tragic national death toll of 34,000, these moments of joy are particularly poignant for the Jewish community of Rome.
Lifecycle
A Nation is Born
A family? A race? A religion? How do we define Jewish peoplehood? Does it matter?
Get Inspiration to your inbox!
Newsletter
Join our weekly newsletter for inspiration and updates
Donate
Find Your Local Chabad Center
Chabad
About Chabad-Lubavitch
About Chabad Lubavitch
The Rebbe
Headquarters
Magazine
Magazine
News
News & Updates
In The Media
Impact
Social and Humanitarian
Social and Humanitarian
Education
Education
Community
Community