University of Pittsburgh Marks One Year for Tree of Life 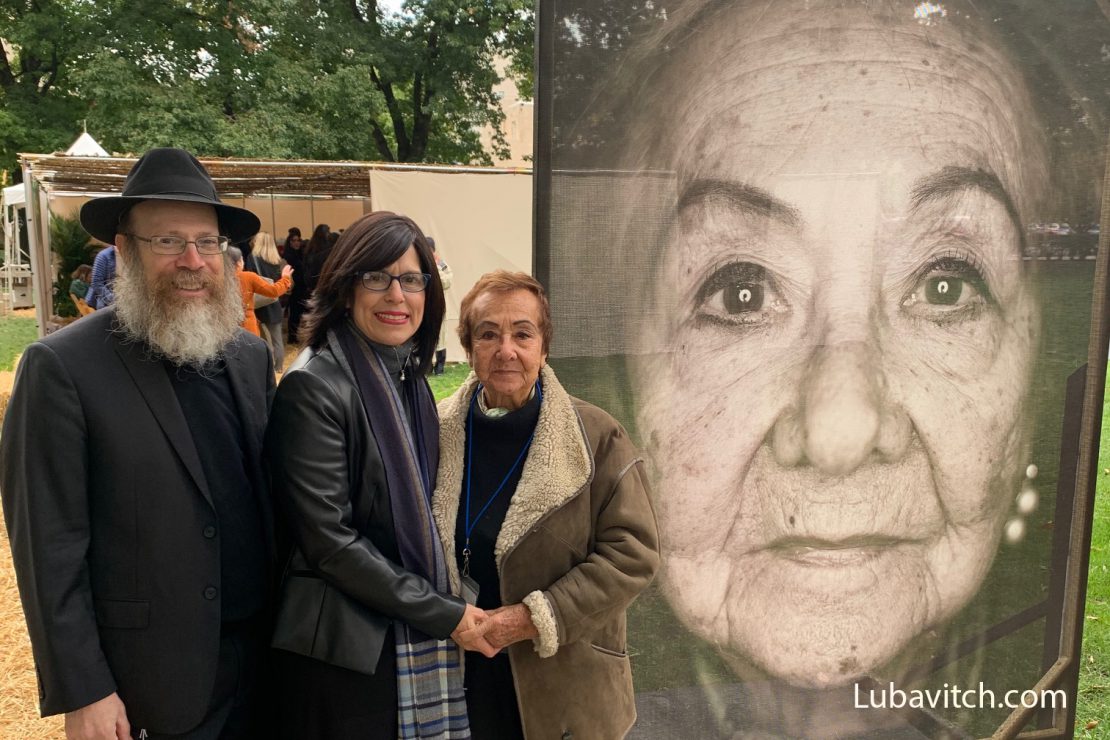 Rabbi Shmuel and Sara Weinstein stand with Holocaust survivor, Irene Szulman, beside her portrait at the ‘Lest We Forget’ exhibit

On October 27, 2018, the Tree of Life Synagogue in Pittsburgh became the site of the worst mass killing of Jews in America. At the nearby University of Pittsburgh, the outpouring of support for the Jewish community on campus was instant and firm. The product of a longstanding and warm relationship between university administrators and Chabad, this advocacy was again on display as the university became the first in the world to host a travelling art exhibit and Holocaust memorial. The opening reception, held last week, was timed to occur close to the first anniversary of the attack.

Dr. Kathy Humphrey, the University’s Senior Vice Chancellor for Engagement spearheaded this event, along with a committee that included administrators of the Pittsburgh Holocaust Center, student leaders and Chabad House on Campus directors, Rabbi Shmuel and Sara Weinstein. During a trip to Israel last summer, which the Weinsteins organized for Pittsburgh area college administrators, Dr. Humphrey was moved by her visit to the Yad Vashem Holocaust Museum. “I hope that my experience will help me advocate for global experiences for our students and continue to promote informed, meaningful, and constructive dialogue about important global issues on campus,” she shared with Dvora Lakein in an article about the trip featured in the Fall 2018 issue of Lubavitch International Magazine. 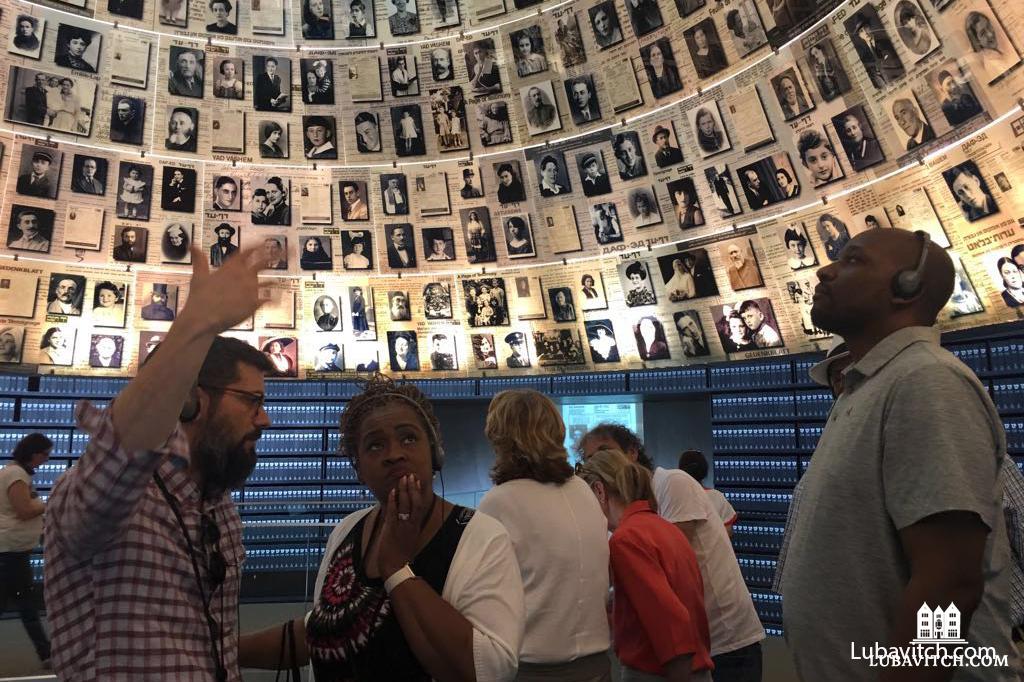 Then came the anti-Semitic attack at Tree of Life. When eleven people were killed as they attended Shabbat services, school administrators sprung forward to aid shocked Jewish students and staff. Dr. Humphrey and Dean of Students, Dr. Kenyon Bonner immediately arrived at the Chabad at Pitt student center with a team of counseling professionals. As Shabbat ended, Rabbi Shmuli Rothstein, Chabad at Pitt’s director arranged a large havdalah and memorial ceremony in the center of campus for students and their families, which Dr. Humphrey attended. The following Friday night, administrators cleared three ballrooms for the Jewish student community. They adjusted programs and rescheduled events so that the community would have a space large enough to accommodate the 600 students who came together for a unity Shabbat dinner. Drs. Humphrey and Bonner, Chancellor Patrick Gallagher, and other university officials attended. “I can list countless things this administration has done to support Jewish life on campus and we are extremely grateful,” Sara said in an interview with Lubavitch.com.

In the wake of the massacre, additional funding became available, specifically earmarked to combat anti-Semitism, and the decision was made to bring the Holocaust memorial art installation of German-Italian artist Luigi Toscano to campus.

The installation, titled “Lest We Forget,” brings viewers face-to-face with eight foot by five foot headshots of Holocaust survivors from around the world. The artist made a trip to Pittsburgh to meet sixteen Pittsburgh-area Holocaust survivors and included their pictures and stories among the sixty set up to line the walkways of the lawn outside the Cathedral of Learning at the center of the campus.

“The faces of Holocaust survivors can remind us all of the need for constant vigilance against hatred and bigotry of all kinds. Our students, faculty and staff—along with visitors from around the city and the world—will benefit from the presence of this powerful statement,” says Dr. Humphrey. 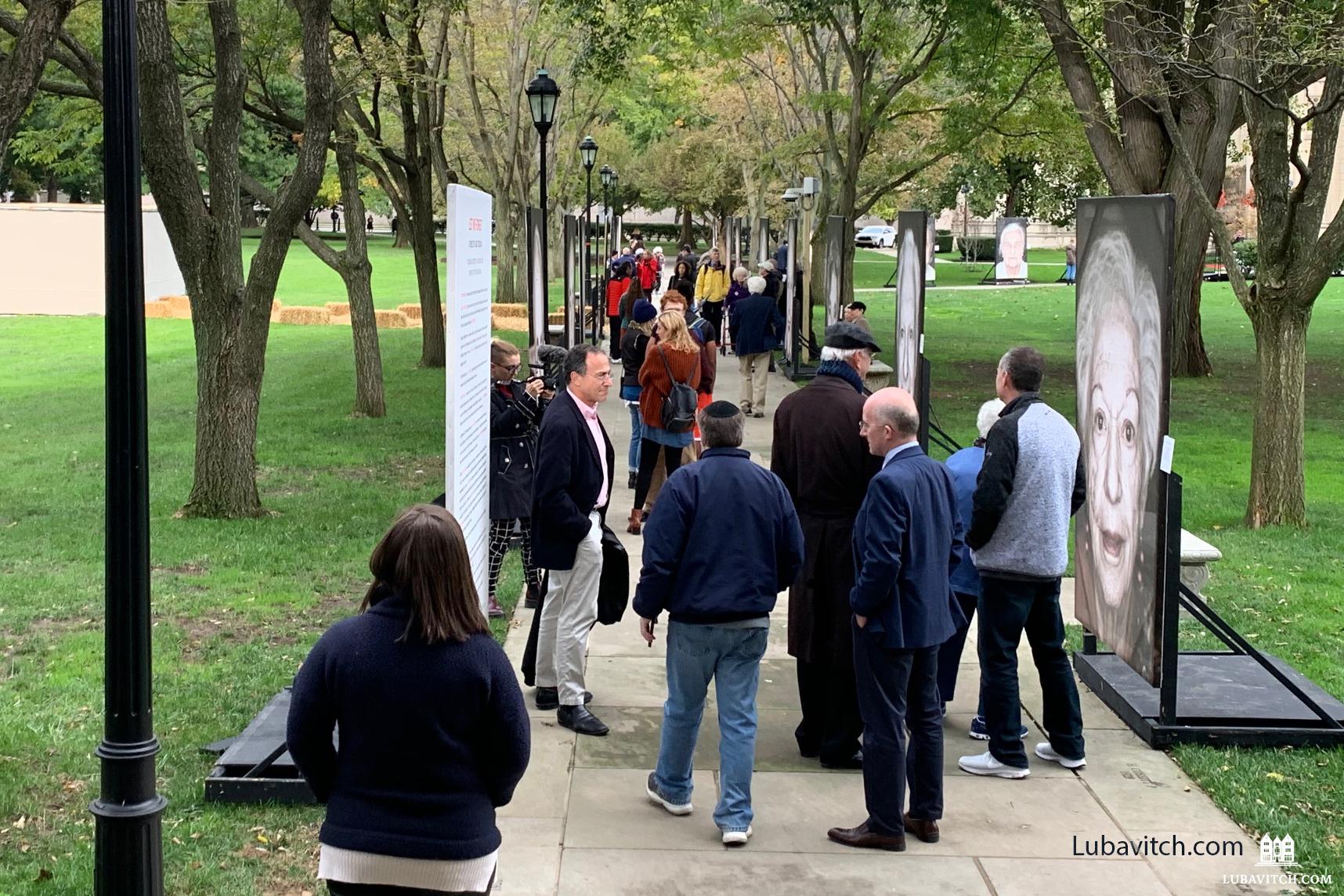 People walk among the Holocaust Memorial exhibit at University of Pittsburgh

And this was not the only statement made. Viewers who attended the exhibit opening last Thursday, October 17, also noted another first for Pitt—a giant thirty-six by thirty-six foot sukkah standing nearby. In fact, the entire opening reception was held inside the sukkah, a move that Sara notes is a “statement of support by the University to the Jewish Community.”

The idea for the sukkah had come up when, during a planning meeting, Sara realized the event would coincide with the intermediate days of Sukkot. Though the intermediate days permit carrying and the use of electronics, Jews are careful not to eat or drink outside a sukkah for the seven days of the holiday. Sara raised the point and offered to erect a small sukkah outside the reception room that would be available for anyone to use. Humphrey was not satisfied with having segregated eating areas, with some people outside in the sukkah, while others gathered inside, so she suggested they purchase a sukkah large enough to hold the over 200 guests expected to attend.

Seizing the opportunity, the Weinsteins requested permission to leave the sukkah standing over Shabbat. Hillel Jewish University Center’s director, Daniel Marcus, agreed to share the sukkah costs and together, Chabad and Hillel hosted a Shabbat dinner the next night.

And so, one year after Jews were massacred in Pittsburgh, 200 Jewish students celebrated Jewish continuity in a sukkah that was surrounded by the faces of those who had survived the horrors of our history. Many joined Luigi for a walk through the exhibit, where the artist shared additional insight into the personal stories of the photographed survivors.

“What a testimony to our People,” said Rabbi Shmuel. “In these up-close photos you are confronted with the spirit of life in the eyes of each of the survivors. And here we are sitting with vibrant young Jews, celebrating Sukkot—the Holiday of Joy, and celebrating who we are as a people. Am Yisrael Chai.” 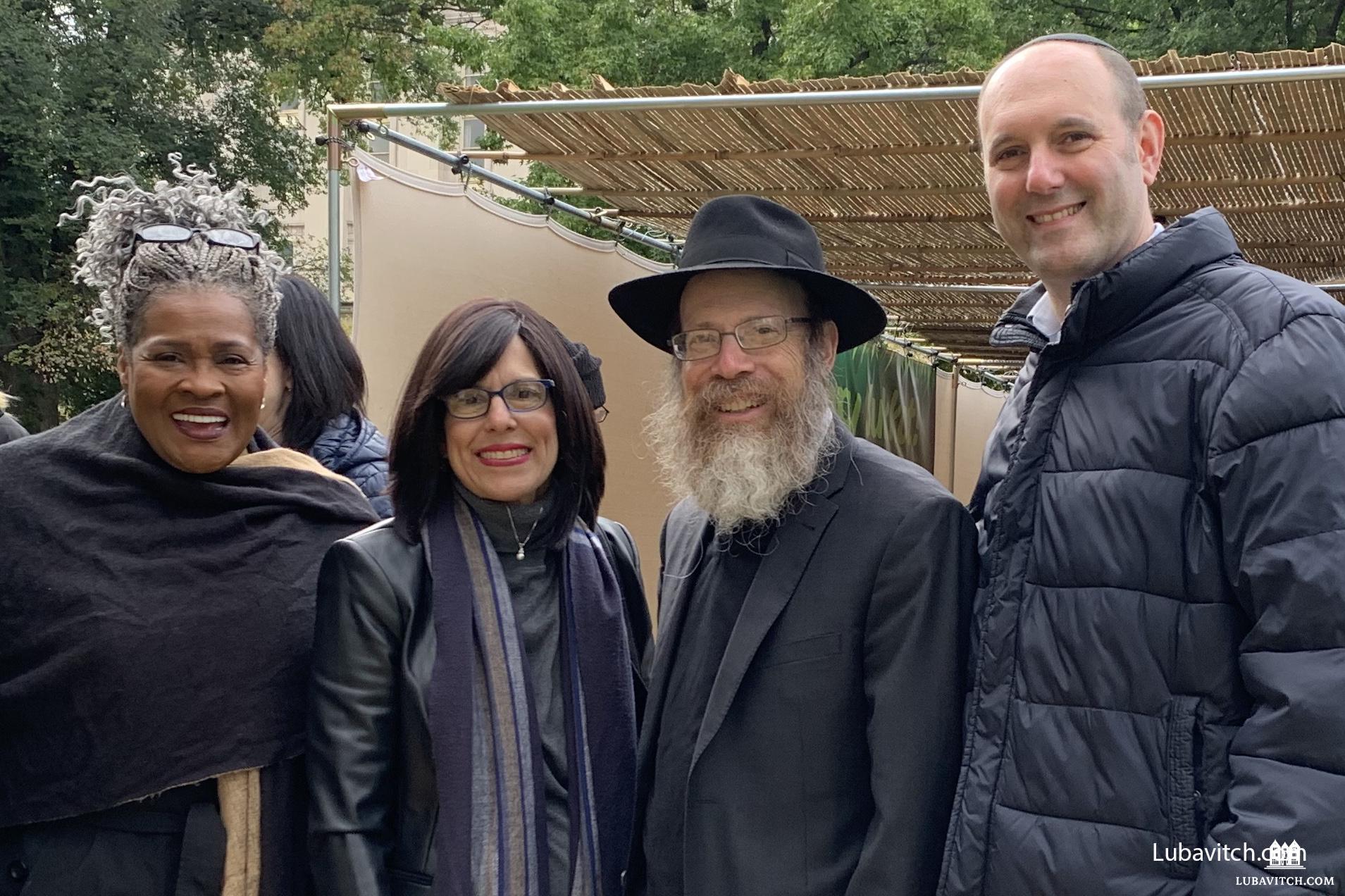 Related Articles
View All
Full Exposure: Pittsburgh University Executives See Israel For Themselves
American colleges and universities are in the grip of anti-Semitic and anti-Israel propaganda. Here’s what Chabad leaders at Pittsburgh colleges have done to create a…
Shining a Light in Pittsburgh
As Shabbat ended, Chabad centers around Pittsburgh began to react to the tragic shooting at the Tree of Life Synagogue, this morning. Eleven people are…
Students And Stress On Campus: Chabad at Texas A&M
This fall, Chabad will partner with Houston’s Jewish Family Services to offer a comprehensive Mental Health First Aid Training Day. The eight-hour CPR-style course will…
Get Inspiration to your inbox!
Newsletter
Join our weekly newsletter for inspiration and updates
Donate
Find Your Local Chabad Center
Subscribe
|
Log In
Chabad
About Chabad-Lubavitch
About Chabad Lubavitch
The Rebbe
Headquarters
Magazine
Magazine
News
News & Updates
In The Media
Impact
Social and Humanitarian
Social and Humanitarian
Education
Education
Community
Community