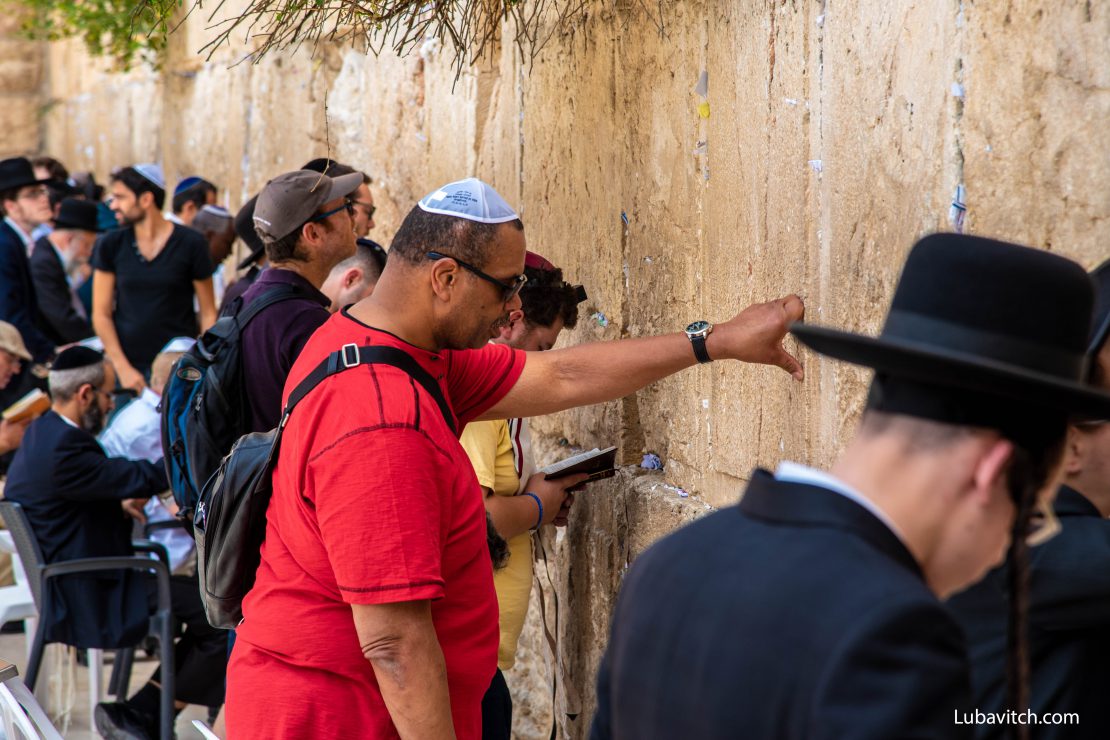 American colleges and universities are in the grip of anti-Semitic and anti-Israel propaganda. Here’s what Chabad leaders at Pittsburgh colleges have done to create a safer environment for Jewish students, and foster thoughtful conversation on campus.

It’s that time of year. Students are scouring websites and second hand stores for used textbooks. They’re splashing college colors onto their dorm room walls and slapping decals onto binders and cars. The leaves are turning, and school pride is in the air. But there’s another attitude edging onto campuses worldwide, and it’s a lot more insidious.

These days, anti-Israel sentiment is as likely to show up in a course curriculum as at a tabling session. The BDS (Boycott, Divestment, Sanctions against Israel) agenda has become familiar to students and faculty. Students say that university campuses nationwide are challenging the freedom for Jewish expression and life. The Anti-Defamation League (ADL) corroborates: according to their tally, anti-Semitic incidents on campuses rose 60 percent in 2017.

Now, some Chabad representatives want to change that. From the top down.

Although bespoke tours to Israel for college students and members of academia are common, Rabbi Shmuel and Sara Weinstein planned one for senior administrators from Pittsburgh-area universities that would offer them the opportunity to experience the country from within. The intimate group explored the breadth of Israel geographically, culturally, and pedagogically. They visited the nation’s expansive institutes of higher learning and the tight crevices of the Old City; they met with Israeli and Palestinian workers at a tahini factory, and they heard Jewish and Arab prayers mingle near the Western Wall. 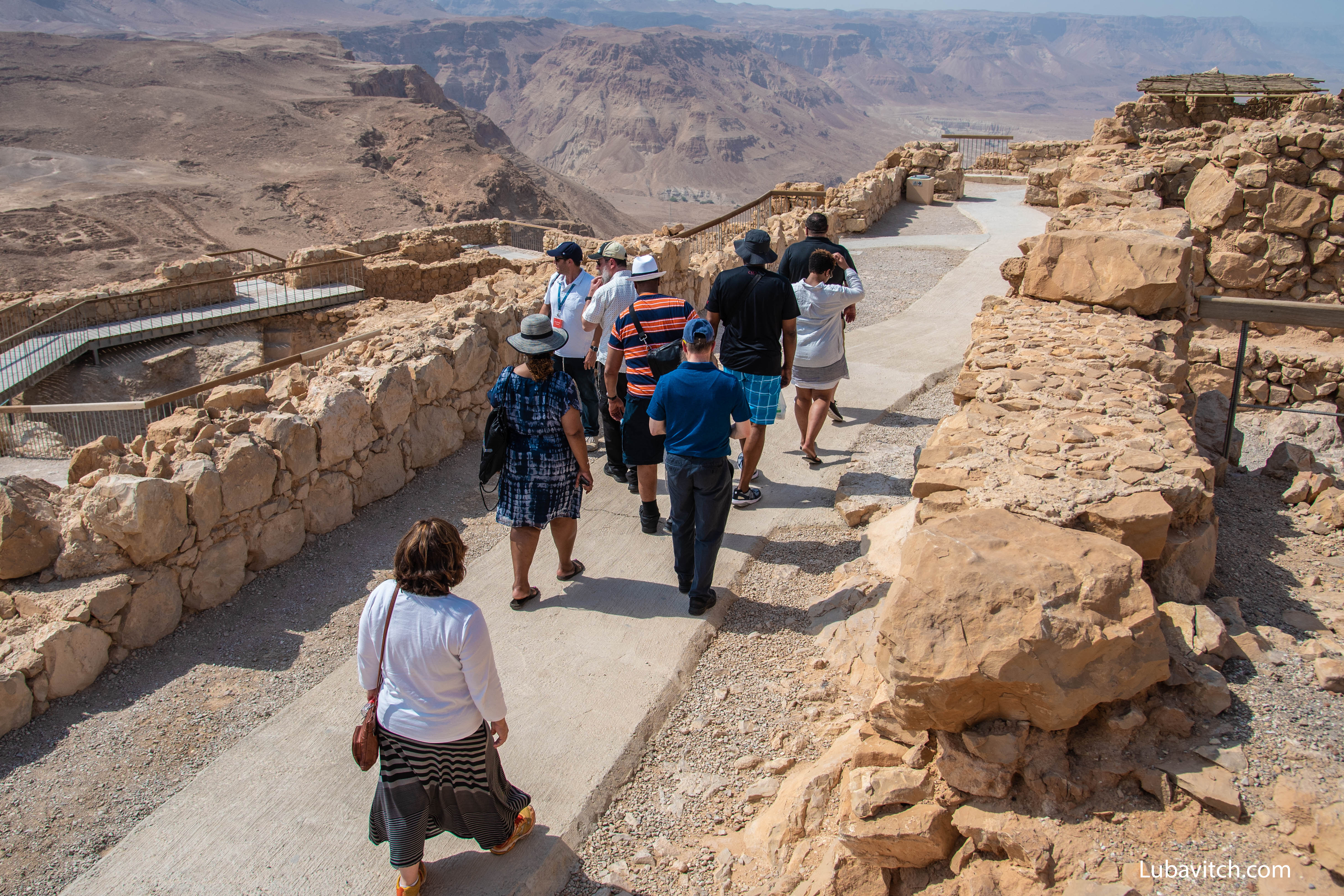 For these select administrators and their spouses, this tour was eye-opening.

“Our mission on campus is not Israel advocacy, although the Land of Israel is intrinsically tied to our lives as Jews,” Rabbi Weinstein says. “We are here to ensure that Jewish life and the Jewish experience flourish.” These days, the two intertwine more frequently than ever. Anti-Zionism, a politically-acceptable mask for anti-Semitism, flourishes on campuses around the world.

“This trip is the culmination of thirty years of nurturing relationships with college administrators,” explains Sara, who directs Chabad’s efforts on nine local campuses with her husband. “Though the universities in Pittsburgh are not at the center of anti-Israel or anti-Semitic action like other campuses, we had a tipping point three years ago.” In that incident, which was widely reported in the national press, SJP (Students for Justice in Palestine) hijacked Holocaust Memorial Day to promote anti-Israel propaganda.

“I had an epiphany,” Sara recalls. “There is a lot of effort towards Israel advocacy being put into different student groups on campus. But there is no major, concerted effort to show Israel itself to college policy makers. As the ones who largely set the atmosphere on campus, we believed it was important for them to see Israel for themselves.”

And so they did. 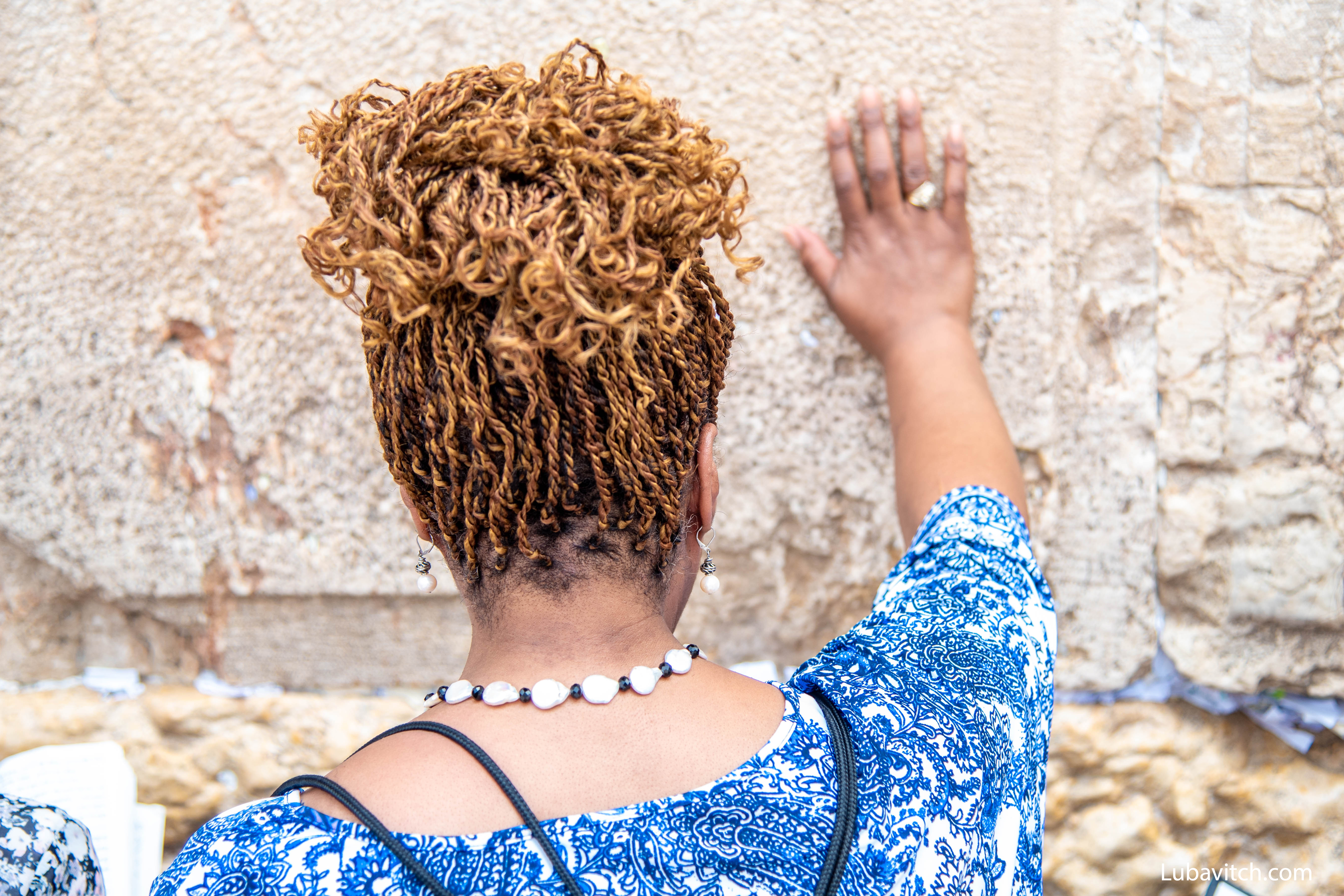 Dr. Kathy Humphrey prays at the Western Wall in Jerusalem

Dr. Kathy Humphrey is the Senior Vice Chancellor for Engagement at the University of Pittsburgh. This trip was a first for her. “I hope that my experience will help me advocate for global experiences for our students and continue to promote informed, meaningful, and constructive dialogue about important global issues on campus,” she says. “The trip served as a stop on my life’s journey to reflect on all that has happened. It was a reminder that truth can be presented from many different perspectives. It was a reminder that we must all speak up for what we believe is good or right, and it was a reminder that our work requires us to be lifelong learners, always striving to gain wisdom.”

Before the eight-day trip organized by The President’s Tour, Humphrey’s primary perspective on Israel came from the media. Such was the case for fellow participant Dr. Kenyon Bonner, who serves as the school’s Vice Provost and Dean of Students. “So much of what we know about a foreign land comes from what we read in the media,” he says. “But that’s not entirely the whole picture. I feel like I’m more informed about how life in Israel plays out on a day-to-day basis. My personal perspective was more informed by talking to people.”

The visit was no first for the Weinsteins, who met in Israel and lived there for several years before leading four Birthright trips for students. Despite their familiarity with the country, they report that every trip is a thrill. And this one did not disappoint. “Being able to see the land through the eyes of our administrators was exciting and inspiring,” says Sara.

Months before touching down in Ben Gurion, Chabad’s campus couple met with the administrators to prep them for the trip. “The administrators had been exposed to false depictions of Israel as an Apartheid state; in a state of of perpetual war; that any time Jews and Arabs were in proximity there was conflict,” Shmuel explains. “But when they got there, they saw the narrative wasn’t playing out.” 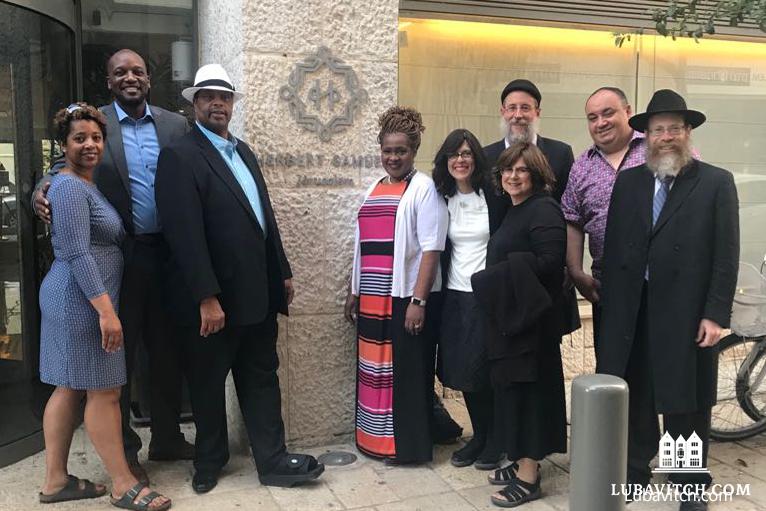 The group poses before their first Friday night dinner in Israel

On the trip’s official first day—a Friday—the group visited the Western Wall. They left the Old City at the same time as masses of Muslims were completing Ramadan prayers. Rabbi Weinstein remembers the group’s surprise: “We were all walking together and it was fairly quiet and solemn. There were no threatening exchanges between the two groups. The security patrol wasn’t frisking anyone, and it was clear that they were there to keep everyone safe.”

“We were there during Ramadan,” shares Scott Mory, Carnegie Mellon’s Vice President for University Advancement. “On Friday night, we ate dinner overlooking the Western Wall. We could see and hear Jews praying by the Wall and Muslims praying on the Temple Mount. They were so close to each other that if you closed your eyes, you couldn’t tell who was who.”

To their surprise, the administrators witnessed many moments of peaceful coexistence as the week progressed. At the Achva factory, Israeli and Palestinian workers made tahini and halva together in identical working conditions for the same pay. During a visit with students at Ariel University, the college leaders met with Ethiopian, Arab, and American students who spoke about their joint research and training. Over dinner in Efrat, the city’s mayor discussed how he collaborates with his Arab counterparts.

“It’s that image of a peaceful coexistence most everyone aspires to,” said Mory.

The Weinsteins are working with other Chabad campus representatives to reproduce this experience. They shared their story at Chabad’s annual Campus Convention this summer, where they discovered that many Chabad campus leaders were eager to get the ball rolling at their own schools. 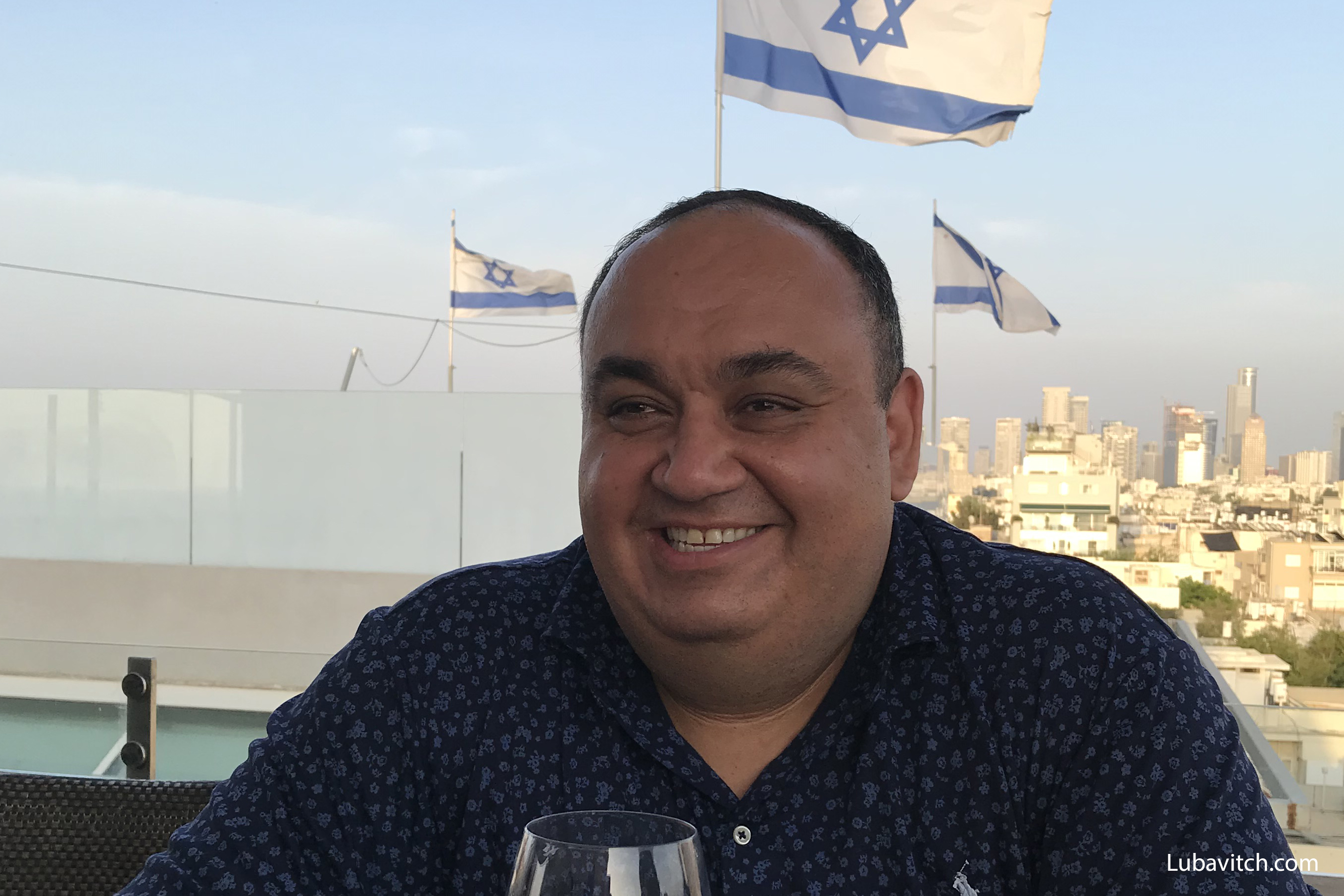 Rabbi Yosef Silverman, chairman of the Board of Chabad House on Campus and local business executive, has worked behind the scenes at Pittsburgh’s main universities for almost three decades. He joined the Weinsteins and the university administrators with his wife, Fraydi. “Seeing is believing,” Silverman says. “It isn’t enough to bring an Israel advocate to the people. We needed to bring the people to Israel.

For too long, the issue has been dominated by hostile rhetoric, promoting misinformation that vilifies Israel and leaves Jewish students on campuses feeling besieged. Silverman is convinced that the tour made the fight against anti-Semitism more effective. Now, if student groups approach administrators with the argument that Israel is an apartheid state, the administrators will be in a better position to respond.

Kenyon Bonner of the University of Pittsburgh explains: “We encourage our students to engage in civil dialogue about a variety of issues, including contentious issues.” He says that his tour of Israel “enhances my ability to talk with our students and help them engage in meaningful, productive, and informed conversations about issues they are passionate about.”

Carnegie Mellon’s Scott Mory came away with a firm conviction and a plan. “One of my takeaways is that in order to reach a peaceful state, we need to emphasize conversation. I intend to enhance that conversation starting with our own campus now.” 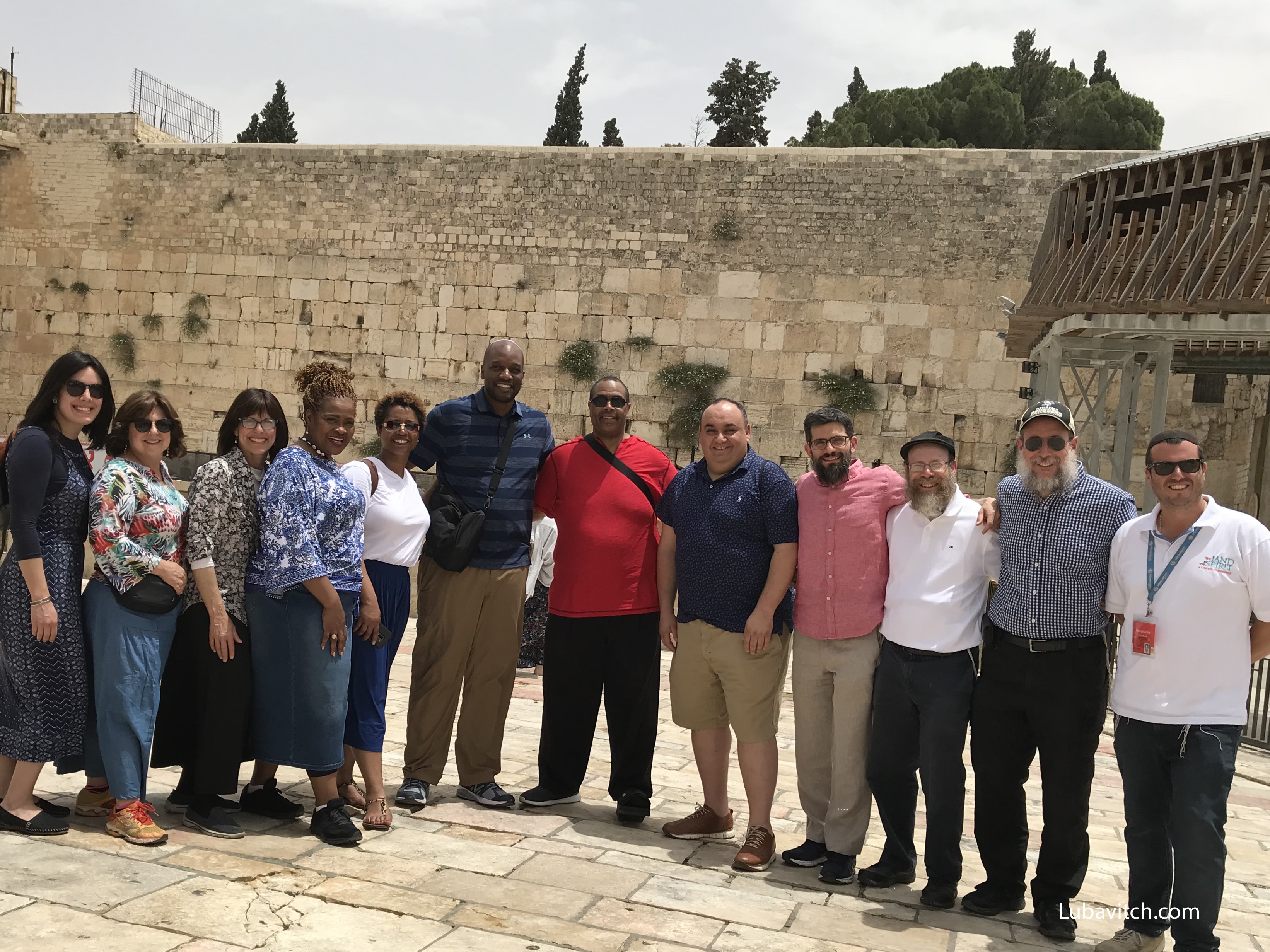 Related Articles
View All
Jerusalem, A City of Peace
This Sunday (July 1) is the 17th of Tammuz, a day of fasting and prayer that commemorates the destruction of Jerusalem. Rabbi Yehuda Krinsky, Chairman…
Protesting the Protesters, Changing the Face of BDS on Campus
A student who had an entire class curriculum changed due to its anti-Israel bias, has been honored at last month’s 7th Annual Jerusalem Post Conference.
New Initiative Challenges Anti-Israel BDS on American Campuses
In response to the anti-Israel BDS movement on American university campuses, Chabad on Campus and Belev Echad have formed a partnership. Together they are bringing…
Get Inspiration to your inbox!
Newsletter
Join our weekly newsletter for inspiration and updates
Donate
Find Your Local Chabad Center
Subscribe
|
Log In
Chabad
About Chabad-Lubavitch
About Chabad Lubavitch
The Rebbe
Headquarters
Magazine
Magazine
News
News & Updates
In The Media
Impact
Social and Humanitarian
Social and Humanitarian
Education
Education
Community
Community