Jerusalem, A City of Peace

Remembering the destruction of a city, celebrating its rebirth 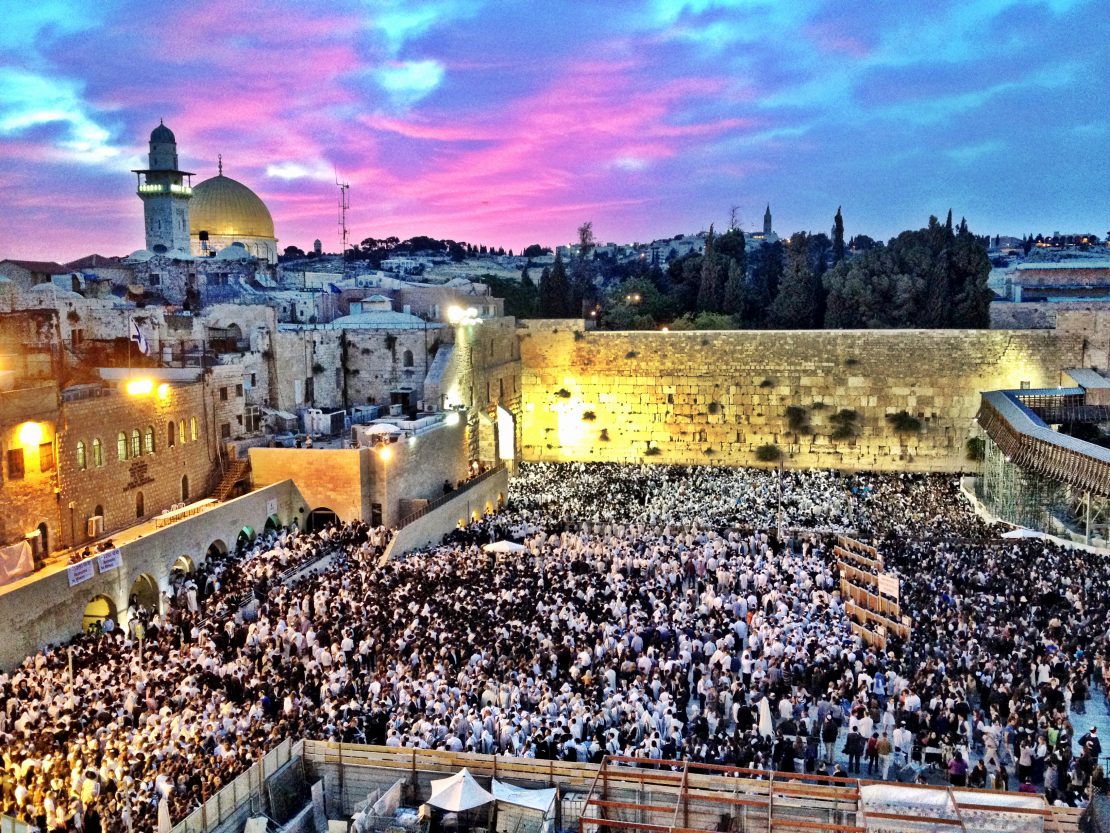 The U.S. Embassy in Israel relocated to Jerusalem this month

This Sunday (July 1) is the 17th of Tammuz, a day of fasting and prayer that commemorates the destruction of Jerusalem. Rabbi Yehuda Krinsky, Chairman of the Chabad-Lubavitch branch of Educational/Social Services, shares the significance of the relocation of the U.S. embassy to Jerusalem, from a biblical perspective.

R. Chanina bar Papa said: G-d wished to confine Jerusalem within defined measurements. But the ministering angels spoke up before the Holy One: Master of the Universe, You have created many cities for the nations of the earth, and you did not fix the measure of their length and breadth. Why then, for Jerusalem, in whose midst is Your Name, in whose midst is Your Sanctuary, in whose midst are the righteous— for it You fix a measure? Thereupon, the angels said, (Zecharia 2:8) “Jerusalem shall be inhabited without walls . . .” (Babylonian Talmud, Bava Batra 75b)

Some 4,000 years ago, Abraham, the first Jew, walked with his son Isaac to the Temple Mount in Jerusalem. Nearly 3,000 years ago, King David purchased that sacred land from Ornan the Jebusite. The Davidic monarchy was centered in Jerusalem, where King Solomon built the Holy Temple.

We, as most people of the world, have always known that Jerusalem is the capital of the Land of Israel. We turn towards Jerusalem and pray for our return there, no less than three times daily. On the minds and hearts of the Jewish people for thousands of years, we remember Jerusalem at every wedding and every holiday.

Clearly, we didn’t need confirmation that Jerusalem is the capital of the Jewish land (Eretz Yisrael) and the Jewish people. Why then is the relocation of the United States embassy to Jerusalem significant? Why should it matter one way or another, that the nations of the world pay respect to Jerusalem as our capital?

The relocation of the U.S. embassy came auspiciously around the holiday of Shavuot, when we commemorate the Revelation at Sinai, the most dramatic meeting of heaven and earth. It was the grandest moment in our temporal experience. Through the Torah, received at Sinai, humankind was empowered to elevate the physical world. 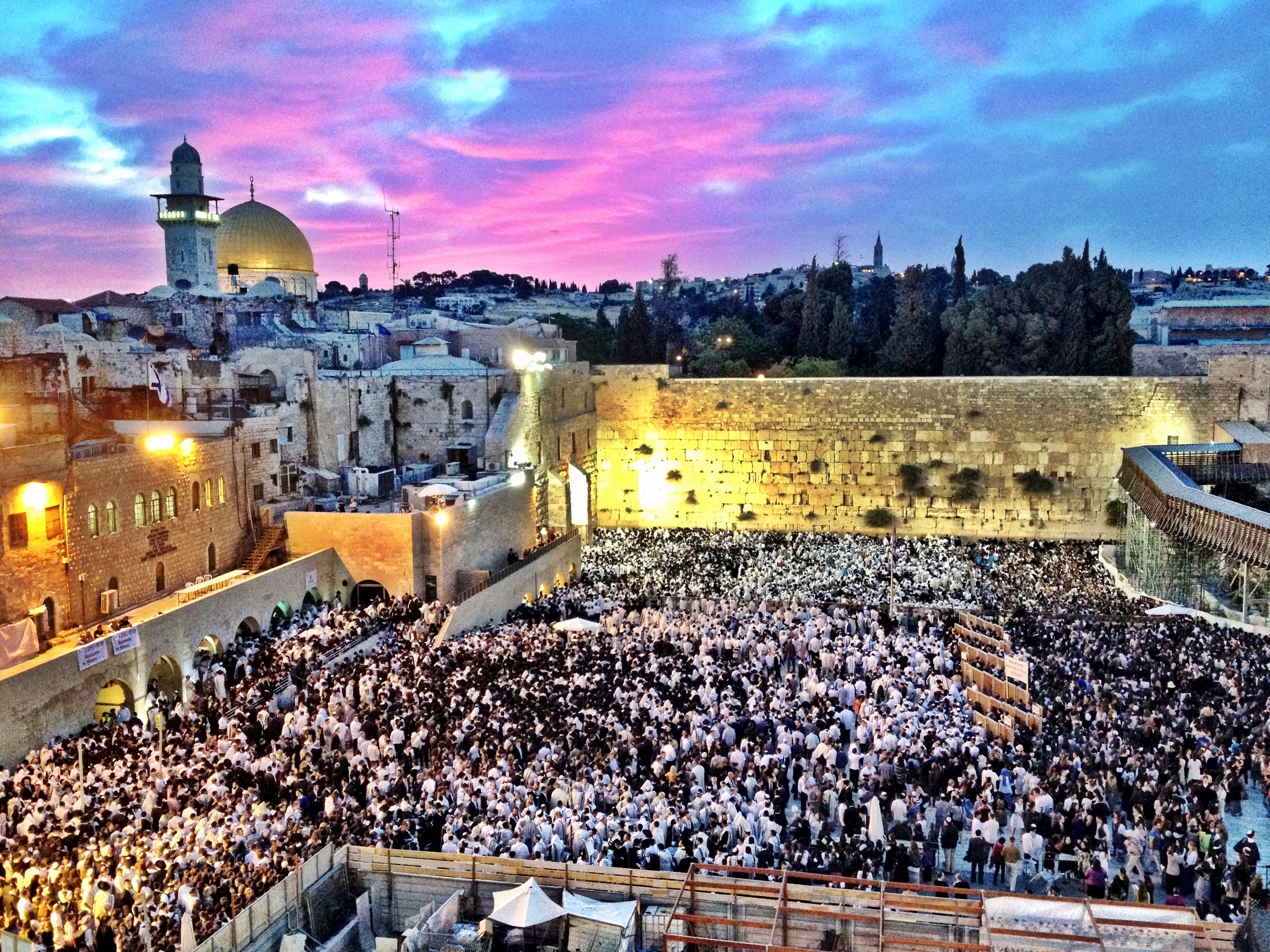 The Western Wall in Jerusalem, once the site of the Holy Temple (Wikimedia Commons, Daniel Majewski)

Jerusalem is described by the prophets not only as the capital of the Land of Israel and the Jewish People, but of G-d Himself. Upon completing the building of the Holy Temple there, King Solomon exclaimed, “Now I have built a glorious Temple for You, a place where You can live forever!” (I Kings, 8:13) Jerusalem, a place dedicated to the service of G-d, represents the embodiment of the spiritual within the material realm.

There is great significance then, that this spiritual lodestar is recognized by the world superpower. The relocation of our country’s embassy to Jerusalem had been agreed upon by the U.S. Congress, promised by prior presidents, but finally consummated by President Donald Trump and his administration. With the United States of America’s imprimatur on Jerusalem, a Divine truth is sanctified on the world stage.

On the Jewish calendar, the 17th day of Tammuz (this year July 1) is a fast day. On that date, some 2,443 years ago, the walls of Jerusalem were breached by the enemies of the Jewish people. The tragedy culminated with the destruction of both the First and Second Holy Temples on the 9th of Av (July 22).

Our sages promise that whoever mourns the destruction of Jerusalem will merit to see it restored. Then, as the angels have said, its residents will reside in The City of Peace—the dwelling place of the Shechinah, where the spiritual meets the physical—in security, freely, without walls.

Related: Rabbi Zalman Wolowik speaks at the opening of the U.S. Embassy in Jerusalem

More from Rabbi Krinsky: Not For Perks and Benefits