Tuesday The Rabbi Was Late 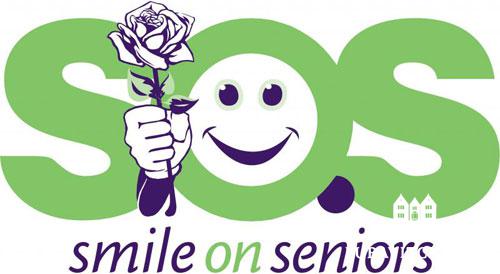 (lubavitch.com) It was a beautiful Tuesday afternoon in Austin. The sun beamed overhead in a cloudless blue sky, and throngs of Austinites were outdoors enjoying the balmy temperatures.

But for 80 year-old Anna Wald, the day had turned dark and frightening. Alone in her room in the senior citizens home, Anna had lost her footing and fell hard to the floor. Her head cracked against a table as she fell, and she now lay bleeding profusely and unable to call for help.

Frantically, she pressed her panic button, kept for moments just like these, but the mechanism failed.

Desperately clinging to consciousness, she tried to calculate how long it would take for someone to come by, for her absence to become noticeable, counting the passing minutes that, judging by the rapid flow of blood loss from the wound on her head, she evidently did not have.

Then Anna heard a knock on her door. To her great relief, someone had come. Someone had stopped by to visit her. Someone would find her before it was too late.

Unable to move or call out, she waited. Whoever had come to visit her would alert a nurse. The nurse would open the door to check if she was all right.

Knocking gently on the other side of the door was Rabbi Yosef Levertov, director of Chabad activities in Austin, with rabbinical student Eli Phillips.

With the sun now low on this first day of Rosh Hashana, and with a two-mile walk back to the Chabad center ahead of them, Levertov and Phillips were wrapping up their visit, part of Chabad's newly inaugurated Smile on Seniors program, making one more stop to visit another patient that the nurses at the desk told them, was Jewish.

"The nurse who'd given me Mrs. Wald's name, came with me to the door, and was surprised that Mrs. Wald wasn't responding when we knocked," Rabbi Levertov told Lubavitch.com.

More nurses were called, the door was opened, and EMT's were quickly dispatched, rushing Anna to Seton Medical Center where she would be treated for her critical head wound.

By now, congregants at Chabad were worried. The Rabbi was now more than an hour late for the second evening of Rosh Hashana services. But greeting his congregants after the long uphill walk back, he humbly told his anxious congregation, "I think we saved someone's life today."

Smile on Seniors of Austin, a program developed by Chabad-Lubavitch, matches local volunteers with local seniors for a weekly visit. To learn more about the program, click here.

Related Articles
View All
Initiatives at the Chabad Conference: Smile On Seniors (SOS)
As an outreach activity, visiting seniors is even older than the people it serves. But Chabad’s new “Smile On Seniors” approach to bonding with the…
Chabad’s SOS Raises Awareness, Activism for Elderly
(lubavitch.com) There’s something funny about Don Rickles, 82, headlining at the first annual Smile on Seniors “Joy and Laughter” event on June 29 at the New Jersey…
Features
Remembering Rebbetzin Chana: Jewish Feminine Role Model
A feminine role model of Jewish activism and proponent of Jewish scholarship, is being remembered today, on her yahrzeit.
Features
Holy Folly: Using Humor to Reach for G-d
How humor can make room for a deeper truth otherwise concealed by the apparitions of this world
Features
After The Collapse
At the site of the collapse, they clamored for something, some remains of their loved one.
Features
Tradition, Tradition!
Is Judaism too ritualistic?
Get Inspiration to your inbox!
Newsletter
Join our weekly newsletter for inspiration and updates
Donate
Find Your Local Chabad Center
Subscribe
|
Log In
Chabad
About Chabad-Lubavitch
About Chabad Lubavitch
The Rebbe
Headquarters
Magazine
Magazine
News
News & Updates
In The Media
Impact
Social and Humanitarian
Social and Humanitarian
Education
Education
Community
Community