The TSA Speaks: An Elul Encounter 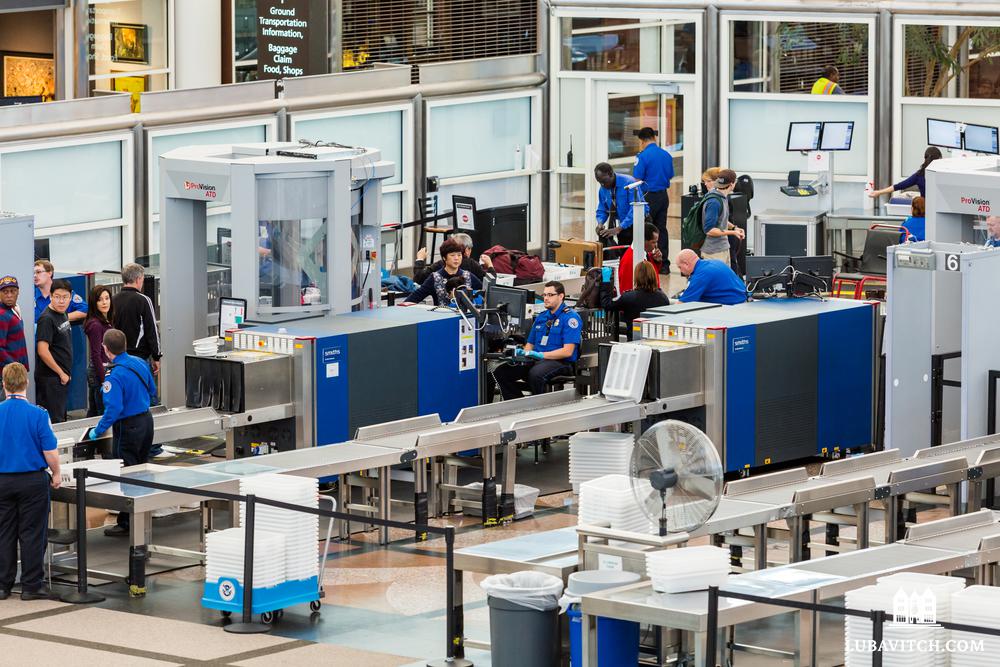 The Jewish month of Elul is the time when God is most accessible. It is the season when “the King is in the field”—meaning God’s presence can be felt in the everyday places we frequent, like homes, businesses, and airports.

Yes, even in airports.

Once, during a recent Elul, I was flying from Montana to the east coast. I had a long layover at Chicago’s O’Hare Airport before my connecting flight home. With plenty of time to explore, I wandered far from my gate, seeking out premium ice cream, a good book store, and whatever else might engage or distract me. O’Hare is enormous, and I rambled through its endless corridors lined with stores, souvenir shops, and restaurants.

Parkinson’s Law, which holds that work expands to fill the time allotted for its completion, also applies to whiling away the time between flights. Lulled by the browsing, noshing, and people-watching, I lost track of time. Suddenly I realized that I had to get back to my gate immediately or I would miss my flight.

I was confident that if I hurried, I would have just enough time. But that confidence vanished when I encountered a long line waiting to get through a TSA checkpoint that stood between me and the gate. Somehow, my meandering had taken me out of the secure area. Now I would have to go through a second security check. The line was long and barely moving.

What a mess I had made! The odds that I would catch my flight were shrinking to zero. By nature I am loath to skip to the head of any line to plead for special treatment. And it didn’t help that I was the cause of my own predicament. But I didn’t have a better option. Making my way to the front, I felt the burn of unfriendly stares. By this point, I had so little time that I didn’t know if I could make the flight even if the TSA inspectors waved me through without a search.

Summoning previously untapped reserves of chutzpah, I asked the lady in charge if I could go right through and sprint to my gate before the aircraft, which had started to board, shut its door. Her look told me that my request was a non-starter.

Then she spoke. “You are going to have to empty your pockets, show me everything you’re carrying. Put it all out there on the table for me to see if you want to continue your journey.”

I complied and, perhaps because of my evident distress, she helped me collect my belongings and sent me on my way with good luck wishes before returning to her duties.

I made the flight, barely. Once we were airborne and I began to relax, her words came back to me. When she had said them all I had heard was “no.” But now, replaying them, they seemed like the coda to a parable of my own making. In order to continue the journey of life I had to stop at this checkpoint, the month of Elul, and reveal the hidden things—sins remembered and forgotten, character flaws, other wrongs—I had been carrying around all year. Putting them out on the table as though confessing,I faced them full on, knowing the Governing Authority was observing. Then it became a question of what the Governing Authority would do. Baruch Hashem, for that year I was waved through, allowed to continue the journey.

There are many sources of inspiration available to make your Elul rich and uplifting. There are books, podcasts, tweets, blogs, emails, and videos, filled with inspiration and guidance. But don’t let them distract from the Voice that can speak through any mouth it chooses.

May we all be waved through and continue the journey of life in 5783.

Alex Troy worked at two Jewish schools, teaching history at one and serving as head of the other. He has written a novel inspired by his time as an educator, which will be published in 2023. Alex also worked as a lawyer and investor. He and his wife, Dale, have three grown daughters. They live in Florida and Connecticut.

Related Articles
View All
Reflections
Come And Hear: A Dad Defends Shabbat At Chabad
"Dad, isn’t it true that I can’t read from the Torah there?”
Reflections
Sentimental About Plastic Bins
These bins are indestructible, I think — and so are the connections.
Reflections
Reflections On Leadership
How would the Rebbe bring healing to survivors nursing shame and insecurity, wanting to hide their identity, to forget, to be left alone in their…
Reflections
A Light Goes Out: Reb Yoel Kahn (Kahan), 91
We mourn the passing of preeminent Chasidic scholar and teacher, Rabbi Yoel Kahan.
Get Inspiration to your inbox!
Newsletter
Join our weekly newsletter for inspiration and updates
Donate
Find Your Local Chabad Center
Subscribe
|
Log In
Chabad
About Chabad-Lubavitch
About Chabad Lubavitch
The Rebbe
Headquarters
Magazine
Magazine
News
News & Updates
In The Media
Impact
Social and Humanitarian
Social and Humanitarian
Education
Education
Community
Community