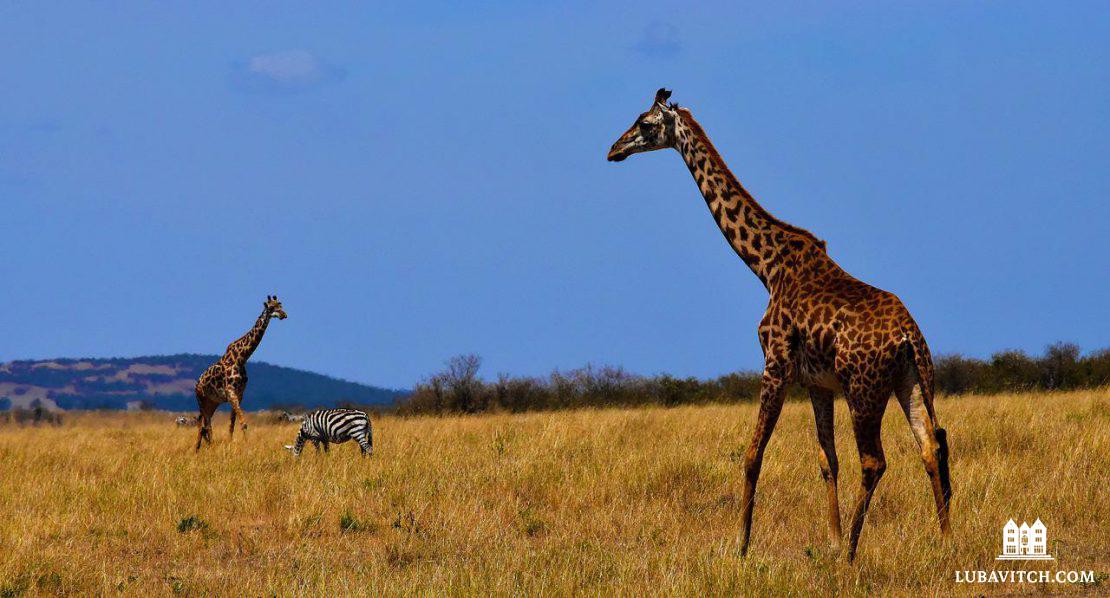 All News
By Danny Denburg

We stood at the baggage carousel in Julius Nyerere International Airport in Dar es Salaam, Tanzania, and waited for our boxes to slide down the ramp. We waited and waited, and waited some more. People came and people went. Boxes and suitcases came and went, but not ours. We tried not to panic. How will we celebrate Pesach without our matzah and wine?

It was just days before Pesach, when Eli and I arrived in Dar es Salaam with suitcases of canned food, brochures, Judaica, and more than a dozen mezuzahs. We traveled from the US to help the Jews living and visiting in Tanzania with Passover seders. Our trip was arranged by Rabbi Bentolila, the Chabad representative in the Democratic Republic of Congo. We shlepped all that we could, but the matzah, wine, and chickens were to arrive separately from Nairobi.

“If it’s not on this flight, it’ll come on the next. Or the next. Or the one after that,” said the man behind the lapelled uniform. But timing was critical. We searched for an airport official who might have more information. Something in our boxes had sprung a leak (maybe a broken bottle of wine or an unsealed package of chicken), we were finally told. Whatever the source of the pink liquid dripping from our boxes, it was enough to warrant the customs officials to hold it back and investigate. Indeed, they promised, it will arrive on a later flight. We held our breath, and planned to come back later that evening.

We set up camp at the Nargila restaurant, a casual diner owned by an Israeli woman which has become a magnet for local and wandering Jews. That would be the site of our seder and our temporary Chabad House for the next few days. Tanzania has just about two dozen Jews at most, we were told. It is known mostly as the gateway to the famed Mount Kilimanjaro and the acclaimed Serengeti reserve. Big on tourism. Not so big on Jews.

Late that evening we hurried back to the airport praying that our precious cargo would arrive. We joined a crowd of backpackers and businessmen, which once again began to thin out as the carousel was emptied. Panic began to creep back into our hearts. Time was running out.

Just then we saw a stream of pink liquid flowing down the carousel ramp, and we knew our wine and chickens were on their way.

Relieved, we broke out in a little Chasidic dance. This brought back some of the crowd. One couple stood watching with a look of astonishment, which we soon found out was mixed with relief. This Jewish couple had missed their flight back to Israel. With no way back to Israel before Pesach, they were horrified to be stuck in Dar es Salaam for Passover. With no wine, matzah, or family, how would they make a seder? The sight of two dancing Chabad rabbis, with our boxes of matzah and wine, set them at ease.

Armed with all we needed for a festive Pesach seder, we hurried back to the Nargila restaurant to begin the process of kashering their kitchen. Ida, the owner, brought along some of her friends to help with this arduous process. As we lit up our blowtorches, they lit up their hookas, and together we koshered the kitchen and talked late into the night.

Erev Pesach, as we set the tables for our grand seder, we sorted through the boxes of matzah in search of enough unbroken pieces to place under the seder plate. Many hours bouncing around airports and airplanes can break even the toughest, thickest, matzah.

Digging through our boxes and suitcases, we realized that we had forgotten to pack prayer books and prayer shawls. For tonight we were set, but prayers tomorrow would be another story for another day.

The two dozen Jews we expected swelled into sixty guests. It gave new resonance to the verses we read about how our ancestors back in Egypt multiplied so quickly. Here, two thousand miles south of Egpyt, the Jews were multiplying just as fast.

We sang and we ate and we asked, “why is this night SO different from all other nights?”

The next morning we pulled our jet-lagged, tired, and spent bodies out of bed. Last night’s uplifting seder gave us inspiration for what lay ahead — a shul without siddurim and tallesim.

We tuned into our repertoire of Niggunim. Soul stirring Chasidic melodies with no words, just ay ya yay’s. Our congregants all joined in. No Hebrew knowledge required and no books necessary. You just need a soul and ay ya yay.
We concluded our services with Tanzania’s very first Priestly Blessing—Birchat Kohanim. Passover seders are celebrated differently in Jewish communities, but Jews are blessed by the Kohanim with the very same words and the very same tune everywhere in the world. In Tanzania too.

Related Articles
View All
Africa
A Quarter Million Meals From Chabad of Nigeria
As part of Chabad's humanitarian efforts to combat hunger in Nigeria, a quarter of a million meals were distributed to single-parent families last week, just…
Africa
A Family Affair In Africa
Off The Beaten Path: Chabad Houses You Didn’t Know Existed, Part 4
Africa
New Chabad to Open in Zambia
Rabbi Shlomo Bentolila, Director of Chabad of Central Africa, announced his intent to open a new Chabad center in Zambia in memory of his wife,…
Africa
New Shluchim to Lagos, Nigeria
When Rabbi Mendy and Mazal Sternbach met for the first time, they discovered they had matching stamps on their passports: both had spent time assisting…
Get Inspiration to your inbox!
Newsletter
Join our weekly newsletter for inspiration and updates
Donate
Find Your Local Chabad Center
Subscribe
|
Log In
Chabad
About Chabad-Lubavitch
About Chabad Lubavitch
The Rebbe
Headquarters
Magazine
Magazine
News
News & Updates
In The Media
Impact
Social and Humanitarian
Social and Humanitarian
Education
Education
Community
Community