Paths Through The Sea 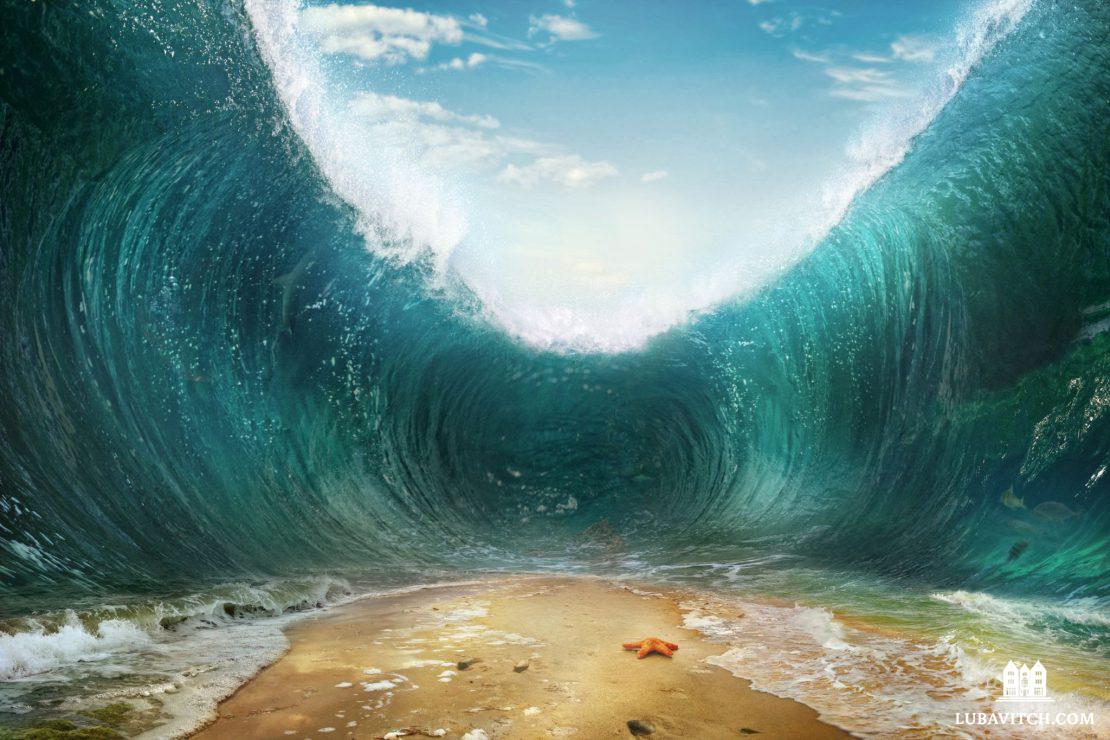 The splitting of the Red Sea, the dramatic finale to the Jewish People’s Exodus from Egyptian bondage, began when Moshe heeded G-d’s instruction to lift his staff and stretch his arm over the sea. The Targum Yonasan informs us that this staff was inscribed with the name of G-d, as well as the names of all ten plagues, the three patriarchs, six matriarchs, and all twelve tribes.

The inclusion of all twelve tribes arouses our curiosity. If the names in the inscription are intended to invoke the merit of our ancestors, the memory of Avrohom, Yitzchok, and Yaacov ought to be enough. Why include the name of each tribe?

A World of Details

The Targum Yonasan says that the sea split not once, but twelve times, providing each tribe with a unique path through the ocean. Understood from a Chasidic perspective, this detail takes on a world of meaning.

The sea is an unknown realm, and try as we might, we cannot perceive the mysteries hiding beneath its surface. In our inner psychology, the ‘sea’ is the barrier that separates our consciousness from an awareness of the divine. An impenetrable curtain blocks our view of the divine unity underlying all the disparate details of the world. The splitting of the sea signifies the moment it came crashing down.

We generally assume that an experience of spirituality is meant to show us how insignificant the minor details of our lives are. Yet, in the ultimate supernatural act, G-d respected the specific individuality of each tribe.

While the three patriarchs represent the general approach to divine service, which all Jews share, the twelve tribes represent the differentiation into various approaches to serving G-d. When the Jews began their particular journeys towards G-d, it was important that there be different paths to the same end.

So too, the staff needed to express the specific details of each tribe’s divine service. The rod, and the miracle it set off, brought to life the fact that G-d’s idea of enlightening the world requires each of us to express G-d’s unity in our unique way.

Adapted from the teachings of the Lubavitcher Rebbe

Related Articles
View All
Weekly Torah Thought
Almonds?! From Aaron’s Staff?
What the almonds that sprung from Aaron’s staff have to say about overthinking good ideas
Weekly Torah Thought
The Long Way Around
The spies sent to scout the Land of Israel took an unusual approach with a universal message
Weekly Torah Thought
The Perfect Verb
An unlit candle is only missing one tiny detail, but that tiny detail is its entire purpose
Weekly Torah Thought
Happiness is Next to Kindness
Practically speaking, how does one "add in joy"?
Get Inspiration to your inbox!
Newsletter
Join our weekly newsletter for inspiration and updates
Donate
Find Your Local Chabad Center
Subscribe
|
Log In
Chabad
About Chabad-Lubavitch
About Chabad Lubavitch
The Rebbe
Headquarters
Magazine
Magazine
News
News & Updates
In The Media
Impact
Social and Humanitarian
Social and Humanitarian
Education
Education
Community
Community