Out West in Wyoming

Adventures in the Cowboy State 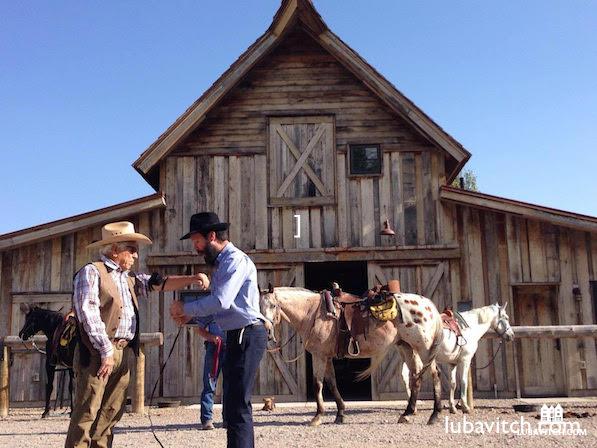 A Jew in Wyoming wraps tefillin with Rabbi Zalman Mendelsohn

Home to seven national parks, the famous Old Faithful geyser and the largest hot spring in the USA, Wyoming draws nine million visitors each year. Fly-fishing, rock-climbing, horseback riding and skiing are popular activities in the cowboy culture of this double-landlocked state in the Western USA.

The city of Jackson Hole, nestled at the foot of the Grand Teton mountain range, just 12 miles from Grand Teton national park and 55 miles from Yellowstone, is home to 3 ski resorts and the Chabad-Jewish center of Wyoming. Whether you’ve arrived by RV, car, or flown into the small Jackson Hole airport, the center is ready for you and the 60,000 Jewish travelers who pass by each year.