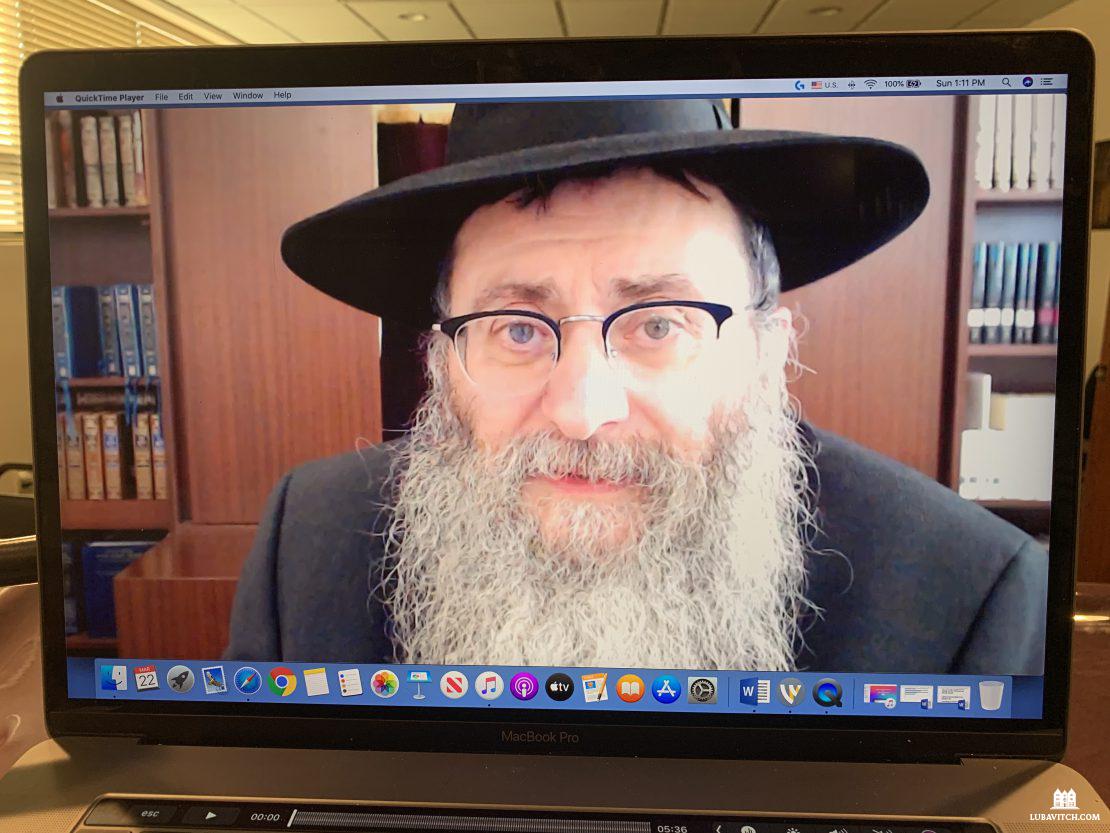 Rabbi Anchelle Perl has officiated at what he called “an inordinate amount” of funerals since the coronavirus pandemic began. Many of the deceased were young people who suffered from mental illness and addiction.

Since 2018, when his community buried a young member who died from an opioid overdose, Rabbi Perl has made it a priority to look out for those struggling with their mental health. The rabbi, who moonlights as a chaplain in a hospital, jail, and rehab center, visits youth affected by drug abuse weekly. He runs popular Narcan training sessions for community members as well as local colleagues, At his Chabad center, he initiated a weekly misheberach prayer for those suffering mentally, or with physical disabilities.

But after such a heartbreaking number of funerals, he felt more had to be done, not just for the stricken, but for their families and loved ones. “I wanted to make a safe space for any families of those battling substance abuse, or mental health to come together and get strength from each other,” Rabbi Perl told Lubavitch.com.

So earlier this month Rabbi Perl organized a Zoom memorial for those who had passed. Forty people joined the event where they shared memories of their loved ones, and bonded over their mutual experience of loss and grief.

“When tragedy strikes, we can’t understand the ‘why.’ We can only look for a way to keep going and to connect to the soul of the one we have lost by doing the mitzvahs they can no longer do,” the rabbi said as he opened the meeting. Lisa Rosenblatt LCSW led the support group and pointed out the therapeutic relevance of Jewish laws of death and mourning.

“To lose my one and only daughter is literally ripping my heart out, so thank you Rabbi for giving me some hope that at least she’s in a better place,” said one participant whose daughter passed away recently, alone in a motel, after spending much of her teenage years in and out of psychiatric care.

Another whose aunt, mother and son suffered from debilitating mental health struggles thanked all who joined the meeting for their strength and commended the rabbi for his support. “There are many of us on Long Island, you never know which person you meet at the grocery will turn up at a meeting like this one,” she said.

Rabbi Perl says he has seen the worry of the pandemic and the loneliness of lockdown exacerbate the anxiety and despair among his community members. In response to the marked thirst for connectedness and meaning, Chabad of Mineola held many virtual get-togethers. Participants reported that they felt more hope, faith and belonging where they’d previously felt alone and disconnected from community.

Related Articles
View All
Lifecycle
A War And a Wedding
Two Chabad emissary families travel through embattled areas, past army checkpoints and six countries, to a wedding celebration.
Lifecycle
Starr’s Yahrzeit Project
“It’s so personal, it touches people profoundly. And it creates a deep sense of community.”
Lifecycle
A Mom, A Torah, A Chuppah Ceremony
The thought that she would never get to stand with her son under the chuppah broke Elisheva (Irene) Solovey’s heart.
Lifecycle
A Canceled Bar Mitzvah, A Heartwarming Wave Of Support
As Gedaliah recovered in bed, his phone sprang to life with a ping. "Mazel Tov Gedaliah!"
Get Inspiration to your inbox!
Newsletter
Join our weekly newsletter for inspiration and updates
Donate
Find Your Local Chabad Center
Subscribe
|
Log In
Chabad
About Chabad-Lubavitch
About Chabad Lubavitch
The Rebbe
Headquarters
Magazine
Magazine
News
News & Updates
In The Media
Impact
Social and Humanitarian
Social and Humanitarian
Education
Education
Community
Community