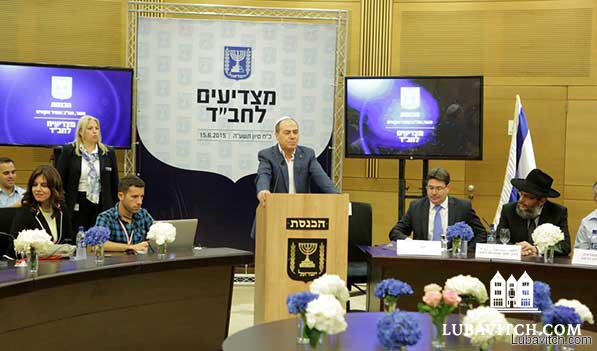 On the occasion of the 21st yahrzeit of the Lubavitcher Rebbe, Rabbi Menachem Mendel Schneerson, opposition leaders gathered in the Israeli parliament to salute the Rebbe, his teachings and his role in reviving Jewish life across the globe.

Speakers reflected on the Rebbe’s deep involvement in Israeli life. Isaac Herzog, head of the Israeli Labor party and leader of the opposition in the Knesset, spoke of the Rebbe’s correspondence with his father. He recalled one letter in particular, written during the Six Day War. 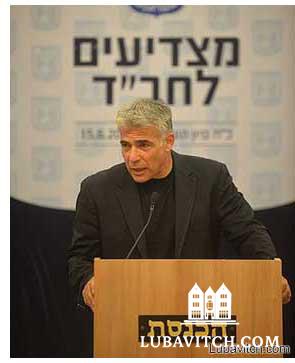 The letter, which Herzog has kept, was ”One among other letters [from the Rebbe] on strategy, encouragement and of empowerment for Israel,” written to his father. Although he often did not share the Rebbe’s strategic opinions, Herzog spoke of his continuing admiration for Chabad and the Rebbe.

Deputy Prime Minister Silvan Shalom spoke about the time when he went to the Rebbe during the famous “Sunday dollars,”when the Rebbe would give a dollar to visitors to give to charity. At the time, Silvan was director in chief of the Israel Electric Company, a position not lost on the Rebbe. “You should spread light” the Rebbe told him.

Yair Lapid, a member of liberal Yesh Atid party, says that he came to know the Rebbe while he was working on a story for the Maariv newspaper. “I spent a month with his writings. I tried to grasp the Rebbe and I was not successful.”

Speaking to a reporter earlier in the day, Lapid expressed an appreciation for the Rebbe’s complexity. “He is one of the most fascinating individuals of the 20th century.” 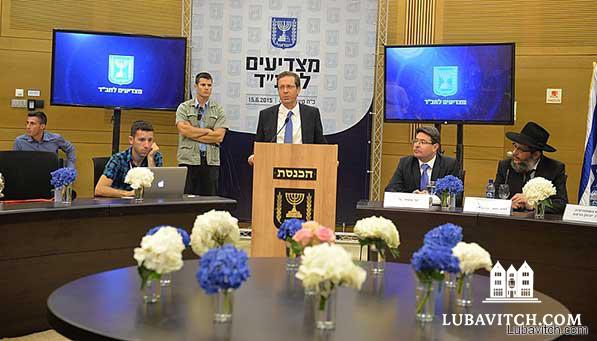 Related Articles
View All
Dear Rebbe, I Have A Story For you
The following letter was sent to the Lubavitcher Rebbe probably in the early 1980s, and brought to the attention of the Wellsprings journal by the…
Interview: Rabbi Adin Steinsaltz on the Lubavitcher Rebbe
In honor of the 13th yahrzeit of the Lubavitcher Rebbe, Lubavitch.com presents the following excerpts and video clips of an interview with Rabbi Adin Steinsaltz,…
REVIEWS: Trying To Grasp the Rebbe
To one biographer, he was a world leader who shaped a worldwide movement; to his student, the Rebbe was a tzaddik, a personal link to…
Rebbe
An Interview with the Rebbe’s Doctor – Dr. Ira Weiss
Dr. Ira Weiss, Senior Attending Cardiologist at Evanston Hospital in Evanston, IL, was called in to attend to the Lubavitcher Rebbe after he suffered a…
Books: Rebbe’s Letters From Chabad Archives Released In New Volume
Spanning the years 1913-1947 and seven countries, the book provides a rare and intimate look at the personal life of Rabbi Yosef Yitzchak and his…
Get Inspiration to your inbox!
Newsletter
Join our weekly newsletter for inspiration and updates
Donate
Find Your Local Chabad Center
Subscribe
|
Log In
Chabad
About Chabad-Lubavitch
About Chabad Lubavitch
The Rebbe
Headquarters
Magazine
Magazine
News
News & Updates
In The Media
Impact
Social and Humanitarian
Social and Humanitarian
Education
Education
Community
Community