Dear Rebbe, I Have A Story For you 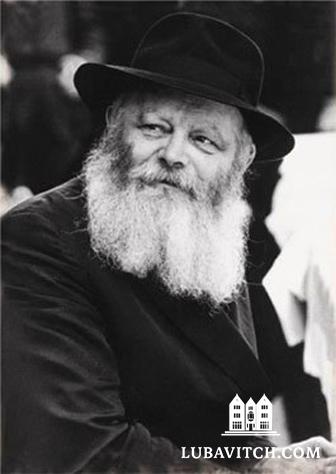 The following letter was sent to the Lubavitcher Rebbe probably in the early 1980s, and brought to the attention of the Wellsprings journal by the Rebbe’s secretariat. To protect the identity of the individuals involved, the writer’s name, and that of her partner’s were changed.

Exactly ten years ago, during the Festival of Lights, though I did not know about the importance of it then, I met my soul mate. Without going into great detail about our religious backgrounds, I will simply tell you that I was raised a Protestant and later joined Catholicism, and that my partner in life was raised agnostic but was born Jewish. This was definitely determined, as her mother and grandmother and great grandmother were all Jewish. By the time we met, each of us had undergone great trials in our personal lives and had each sought God in our own way. For two years, we lived together in relative happiness, but after a while we realized that we had to find a religious community that would accept us and in which we could find spiritual fulfillment.

Our search took us to many places of worship in many different communities and different cities. I could not renounce Christianity. Susan could not embrace it. Neither of us were happy. The journey was arduous and painful, we quarreled and we cried.

Susan insisted that she loved me enough and that she was finally willing to embrace Christianity and make it her own. Of course, I was delighted!

That first Christmas, there was no celebration of Hanukkah. No gifts, no lights and no cards even to her family. The second Christmas was no different.

The third Christmas was. On Thanksgiving day, we were walking on 65th Street all the way to the end of the West Side. We found ourselves in front of Lincoln Square Synagogue, and suddenly Susan wanted to go inside. For no reason at all, she insisted we go inside. It was a fateful step for her, for us. We walked into a small hall where there was a lecture in progress. I remember vividly a woman named Blu Greenberg who spoke about traditional values, and then another woman, Bronya Shaffer, who spoke about the quest for a holy life in a wonderful material world. She was a follower of yours, and she changed the course of our lives.

Susan and I spoke with Mrs. Shaffer for a long time, mostly asking questions about the spiritual avenues open for Jewish women. I had never met as compassionate and caring a person as Mrs. Shaffer, and in a very short time we were openly and honestly telling her about our love and our plans for the future, including someday getting married in a church. Mrs. Shaffer acknowledged my religion with respect, and even acknowledged Sue's desire to convert, but she insisted on one thing. She told Susan that if she were seriously contemplating such a drastic change in her life, it would have to be done in honesty, as a Jew.

Light a candle for the Sabbath, she told Susan. Do it just once. It's what Jewish women do. And then do it again. And then keep doing it until it's comfortable and you know that it's a part of you. Then, you can think about changing yourself. Because, right now, you're not even comfortable with the "you" that you know. It's from a darkness that you are making a change. But life's changes should always take place in the light of day, not in darkness, because light is knowledge. So create your light, then think about your changes in that light.

The conversation continued. She emphasized that no matter what we did before or after, no matter our partnership, no matter our attendance at my prayer group, Susan — not I, she stressed — should continue to light a candle for the Sabbath every Friday evening.

And Sue did that. And then one day, Mrs. Shaffer called us and told Susan that she had a gift for us. She brought us a "mezuzah" for our door. She said that every Jewish person must have one and that it didn't matter that Susan was living with a non-Jewish person.

Susan continued lighting her candle for the Sabbath every Friday. Without fail, ever. Slowly, we realized that Susan would never renounce her religion, and we never talked about it very much.

With her lighting her candle, I could no longer bring myself to hurt her over our religious differences.

That's not the end of the story. My Susan died on her birthday, the second day of the Festival of Lights, three years ago. Her family had long forsaken her, and it was left to me, her only family, to see to her final resting place. A Christian burial was the obvious thing, but at the last minute, I noticed the silver case on our doorpost and, in my mind, I could see her candle burning and I realized that I had to turn to a rabbi of the Jewish faith to see to her burial. The chaplain at the hospital saw to the details. I did not attend. I mourned her privately at home and in my church, and I mourn her still.

The little crystal candlestick stands by my bed, forever lit. The little rolled-up scroll that always hung on our living room door was buried with her. And the silver case, I am sending to you.

May her soul rest in peace. My Susan, spurned by her family and friends and religion, found some comfort in your teachings. She was born a Jew. She finally lived as a Jew. And she was buried as a Jew.