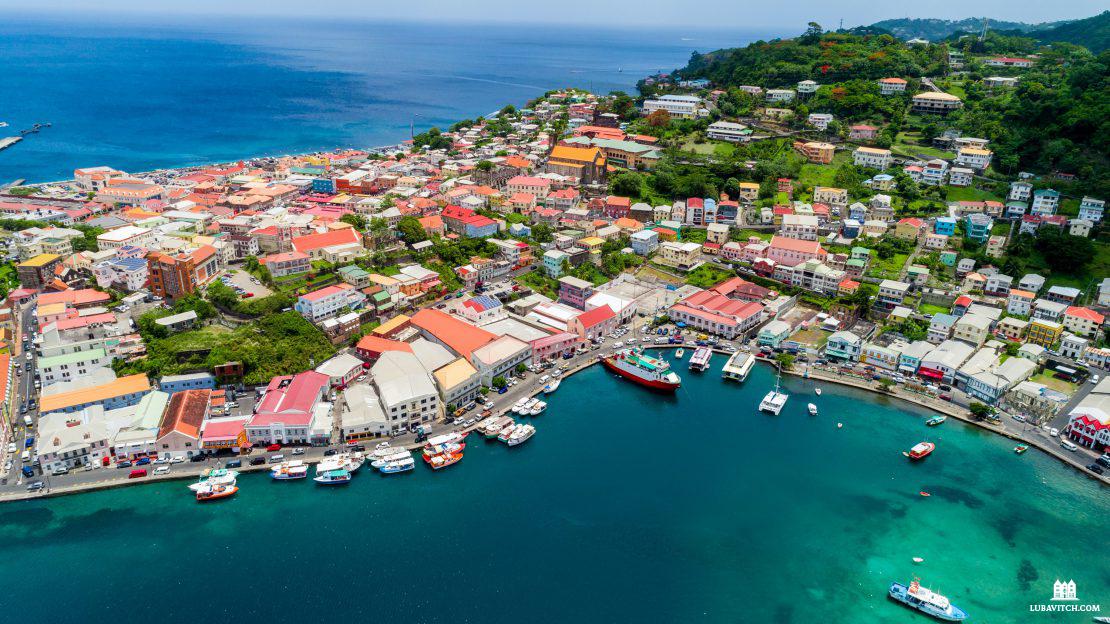 Bitten by the travel bug? Flying is not what it used to be–not since the pandemic. Thankfully, there’s still virtual travel. Join us each #ThursdayTravel as we take a virtual tour of one of the communities around the globe served by Chabad. Fasten your seatbelts.

Everyone seems to know each other on the island of Grenada. Landing at Maurice Bishop Airport, visitors instantly feel the stress melt away into the island’s balmy temperature and laid back vibe. Hop into a cab, tell the driver you’re headed to Chabad and he won’t need further direction

The main Island of the Caribbean country of the same name, Grenada is located just northeast of Venezuela and northwest of Trinidad. Verdant mountains are the backdrop for colorful homes, Georgian buildings and early-18th-century Fort George. Vast nutmeg plantations give the island its nickname, Island of Spice.

You’ll find Chabad of Grenada (Gre-nay-dah, not to be confused with Gra-nah-dah, in Spain) on the waterfront in the True Blue neighborhood of Grenada’s capital, St George, a stone’s throw from the St George University (SGU) campus.