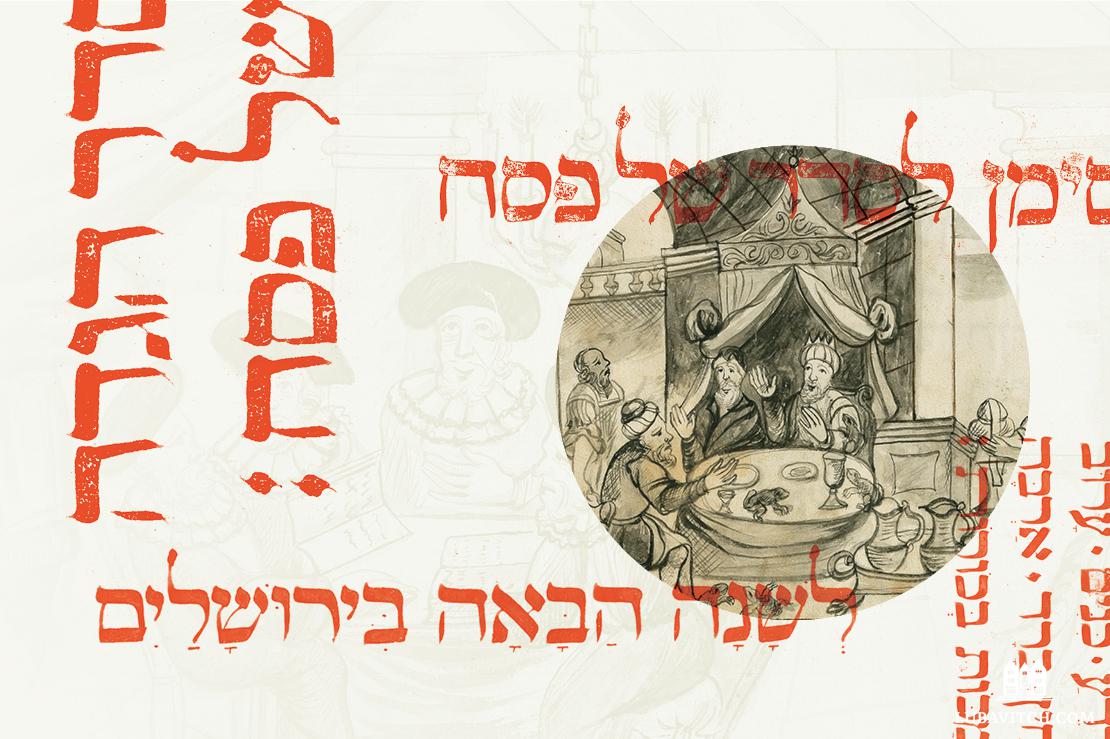 The Haggadah is one of those oceanic Torah texts. It invites continual return and reengagement, as we come back each year at the seder, to explore its fathomless depths.

A Pesach-pastiche of biblical passages, rabbinic exegesis, practical laws, and songs, the Haggadah’s roots, in a sense, go back to the Exodus. Its main texts and basic structure originate in Tannaic times, some 1800 years ago, but continued to be debated across the centuries. The oldest extant Haggadah text comes to us from prayer books compiled during the Geonic era, in the ninth and tenth centuries. Later generations have seen a proliferation of editions, translations, commentaries, and interpretations which assume a variety of perspectives, from the philological to the philosophical.

The following are a few of those interpretations, relating to some of the Haggadah’s better-known passages and elements:

While the basic elements of the seder have persisted since the time of Pharaoh, it was only during the High Middle Ages that someone in France — possibly the great Sage Rashi or a lesser-known Tosafist named Rabbi Shmuel of Falaise — delineated the fifteen “signs” or “Simanim” for the stages of the seder that we know today. Some eighteen alternative rubrics for ordering or summarizing the seder were put forth by various Sages, from Rabbi Meir of Rothenburg to the Avudraham.

The signs help keep the many moving parts of the evening in order, but the fact that they are arranged in rhyming couplets points to their other function: the Simanim are meant to be sung, and thus are a playful way to stimulate night-long engagement with the deeper themes of Pesach.

The well-known Bible scholar and educator Nechama Leibowitz would sometimes point to the Four Questions to illustrate the difference between two kinds of queries — the shaila and the kushya.   Rather than simply asking the shaila, “Why do we do X?” the child points out, “On all other nights, we Z, but on this night, we X!” — a kushya.

Whereas the former is a straightforward request for information, the latter takes note of a contrast or contradiction with respect to previous knowledge or experience. The latter is, thus, a sharper question, and “the fundamental pedagogic instrument of both the Pesach seder and of Biblical exegesis.” More than a childish ritual, the Four Questions are a “sophisticated paradigm for Torah learning.”

On the seder night, we are to become teachers and storytellers. As Moses was told, long ago: “So that you may tell in the ear of your child and your grandchild what things I have done in Egypt… that you may know that I am the L-rd.”

In the Hebrew original, there is a curious shift midway through this verse: “You tell” is singular, “you know” is plural. Perhaps this is because one child who hears the story can go on to teach it to others, so that many others will know it. Still, “you know” remains in the second person, reflecting another point: in a true educational dialogue, the one who is apparently transmitting knowledge also learns and grows. By teaching, you come to know it yourself.

Just as we prepare to launch into our own discussion of the Exodus, the Haggadah showcases an anecdote about several illustrious Sages who once spent the entire night at a seder in the town of Bnei Brak.

Subsequent commentators have wondered what it was that kept Rabbi Akiva and his confreres so busy that night in Bnei Brak. What were the precise subjects of their discussion? Some have theorized that they were discussing ways that the Exodus story might inform their ongoing revolt against Roman rule in the Holy Land. Some suggest that they were seeking sources in the biblical text for various Exodus-related stories, while others, like Rabbi Yosef Yitzchak of Lubavitch, argue that they were delving into the mystical dimensions of the Redemption.

The Haggadah’s survey of the Exodus story revolves around a series of verses in Deuteronomy that farmers would recite when bringing their First Fruits to the Temple each year. The passage thanks G-d for His providence throughout history, and for the land He gave to the Jewish people.

Interestingly, points out Rabbi J.B. Soloveichik, the selection included here stops short of referencing the Land of Israel explicitly. Perhaps these references were excluded from the Haggadah after the destruction of the Temple. Or perhaps there was another reason: G-d did not launch the Exodus to grant political or economic freedom, but to create a sacred people. This mission was accomplished during the revelation at Sinai, when the Jewish people became a Torah nation.

We praise G-d for redeeming “us and our ancestors from Egypt” — and in that order. Our ancestors can tell stories from the distant past, but we — we who would still be enslaved if not for the Exodus — can experience redemption ourselves. (Chatam Sofer)

Filling up an extra cup of wine towards the end of the evening and setting it aside for Elijah, the prophet and herald of redemption, only became common practice in recent generations. Here we see the hand of history shaping the Haggadah. As we move closer to the ultimate Redemption, our intensified longing for that moment has worked its way into the seder. (The Rebbe, Likutei Sichos v. 27, p. 54)

How can matzah, the “Bread of Poverty”, be a symbol of freedom?   To be redeemed is to go out and stand alone, unattached from any other thing. The slave, by contrast, is attached to their master and cannot stand alone. Likewise, one who has wealth does not stand alone. They are attached to their possessions, and this is not a state of redemption.   One who has poverty, who has no possessions, stands alone — and they can be redeemed. (Maharal of Prague, Gevuros Hashem, §51)

9. One is obligated to also speak of Bitter Herbs alongside the matzah, and the Passover sacrifice, because the bitterness the Israelites felt in Egypt was a part of their redemption. As long as a Jew was prepared to suffer the exile, there was an exile. The spark of redemption began when they were not prepared to suffer the Egyptians any longer. (Chiddushei HaRim)