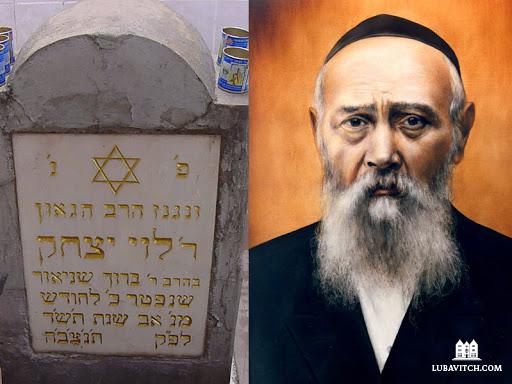 Almaty, Kazakhstan– As they do every year on this date, Chabad rabbis made pilgrimages from around the world to the gravesite of the Lubavitcher Rebbe’s father, Rabbi Levi Yitzchak Schneerson, to mark his yahrzeit yesterday, 20 Av.

Joining them was Mr. Paul Packer, Chairman of the United States Commission for the Preservation of America’s Heritage Abroad, who announced the designation of kabbalist’s burial place as an official heritage site of the National Heritage of Kazakhstan.

In 1939, Rabbi Levi Yitzchak endured Interrogations and persecution by the Soviet authorities for his Jewish activism. He was then exiled to remote Kazakhstan, where his wife, Rebbetzin Chana, joined him. Living in difficult, punishing circumstances, they served the spiritual needs of their adopted community until the rabbi’s death on the 20th of Av in 1944. Thousands of pilgrims travel each year to his gravesite in Almaty, the largest city in the central Asian republic of Kazakhstan.

“We can only imagine the merit he had to have a son like the Lubavitcher Rebbe,” Packer said. He thanked First President Nazarbayev and President Tokayev for working towards this goal together with the commission. He added, “May we embody Rabbi Levi Yitzchok’s spirit of selflessness and strength as we weather our present storms together.”