Gateway To The Galapagos

The Republic of Ecuador 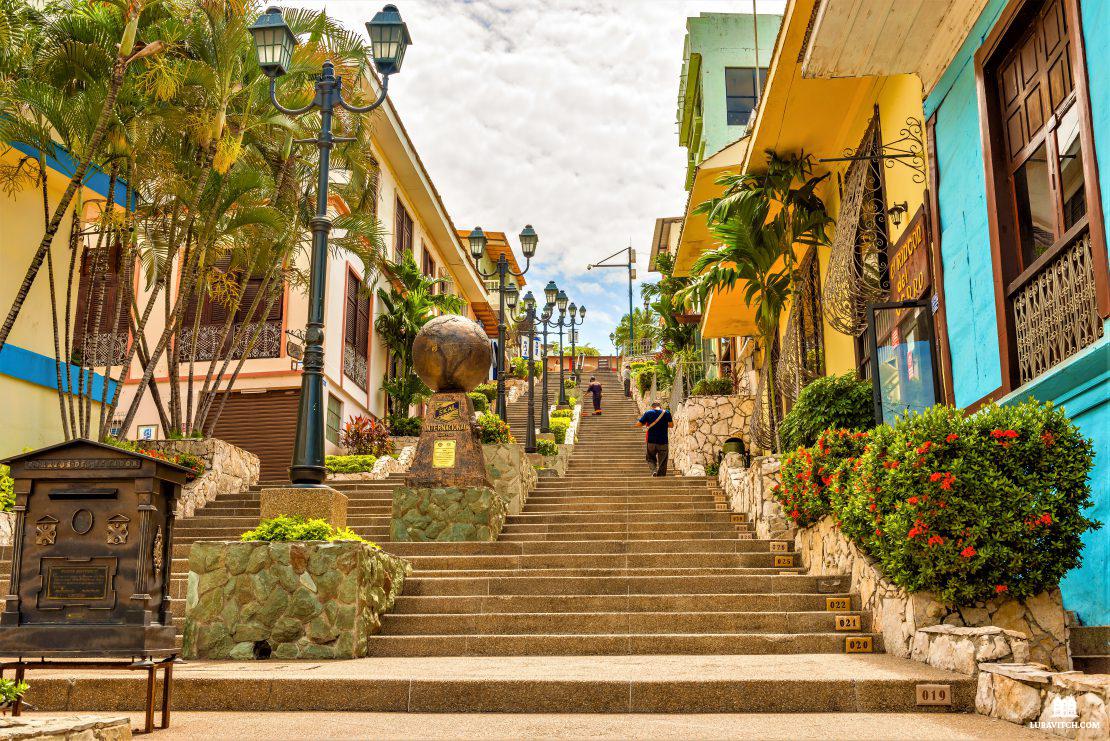 Houses and the stairs at Cerro Santa Ana, a touristic attraction of Guayaquil, Ecuador.

Bitten by the travel bug? Flying is not what it used to be–not since the pandemic. Thankfully, there’s still virtual travel. Join us each #TravelThursday as we take a virtual tour of one of the 5000 communities around the globe served by Chabad. Fasten your seatbelts.

Nestled between Columbia and Peru, on the Northwestern coast of South America, Ecuador is a country slightly smaller than the State of Nevada. Its small area belies its diverse landscape which encompasses the Amazon jungle, the highlands of the Andes and the wildlife-rich Galápagos Islands.

Visit the still-active Cotopaxi volcano, one of Cajas’ 270 lagoons, or check out the more than 4,000 species of plants and trees (some as tall as 40 meters) in Podacorpus. If you have the nerve, you could ride the train at Nariz del Diablo (“Devil’s Nose”). You’ll ascend a number of switchbacks as it zigzags and climbs the near vertical sides of the mountain to the viewing station at its top. Or maybe you prefer to relax at one of the country’s Pacific beaches at Salinas, Bahía, or Montañita, or the hot springs at Baños de Agua Santa.

Plan your journey so you can spend Shabbat at Chabad of Guayaquil (Gwa-ya-kil) with the close-knit, family-friendly Jewish community, or Comunidad Judia De Guayaquil. Most people show up about an hour before services, or events begin giving them time to schmooze. You can usually find people hanging out long after services end, catching up on the week’s events over a piece of the rebbitzen’s kugel.

Lying on the banks of the Guaya river that feeds into the Pacific, Ecuador’s second largest city is known as the Gateway to the Galapagos. From there it’s just a 1000 km boat ride out to the volcanic archipelago, one of the world’s foremost destinations for wildlife-viewing and research.