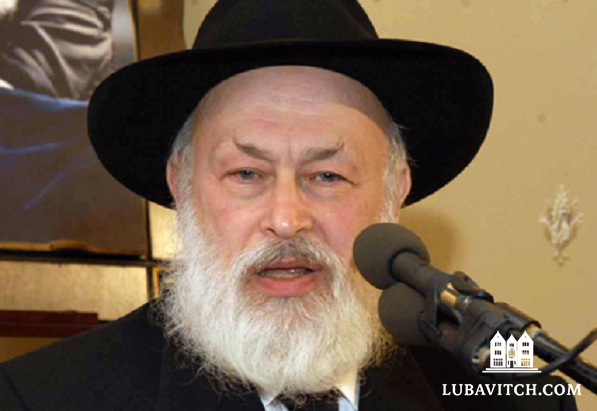 How good and how pleasant it is when brothers dwell together (Psalms 133:1).

When Jewish people unite in holiness, our tradition teaches that the shechinah rests among us and endows us with the power to evoke Divine blessings.

Such was the experience of a farbrengen with the Rebbe. It is now more than a quarter of a century in the past, but who can forget the spiritual charge that filled the Rebbe’s shul at 770 Eastern Parkway?

Here was our leader who turned the pain of Jewish dispersion into a paean of Jewish unity. The Rebbe spoke, and we imbibed his words in thirst. And in the outpouring of melodic niggunim by thousands of Chasidim moving to the rhythm in synchronicity, we summoned an otherworldly energy.

We yearn for those inimitable days.

Once a year, for the past thirty-six years, Chabad-Lubavitch emissaries and lay leaders glimpsed the power of such unity at the International Conference of Shluchim.

This year, it was different. For reasons known to G-d alone, we have been hit by a global pandemic that did not allow us to celebrate the five-day conference together under one roof. And yet there was plenty of opportunity, albeit remotely, to share the camaraderie and inspiration that marks this annual event. I am convinced that the Rebbe’s blessings were felt, just as they are every year. The years have passed, but the fire hasn’t dimmed.

In late 1990, the Rebbe asked that a pictorial album of Chabad representatives be created. It would include photos of all the shluchim families—men, women, children—and the Chabad Houses, synagogues, and schools they created.

The project filled four, eleven-by-fifteen coffee-table volumes (some 400 pages each) containing thousands of photos of families all over the world. These became the Rebbe’s own cherished family albums.

You see, the Rebbe’s office is just about fourteen by sixteen feet. It was—and still is—lined with bookcases filled with books. Apart from that, the only furnishings were a desk, a chair, a bed, and a lamp, reminiscent of the description of the room that the prophet Elisha’s hosts prepared for him when he visited them (Kings II 4:10). From this small, modest room, the Rebbe continued to inspire and lead the Jewish people.

The office and the Rebbe’s desk were never empty. For most of the forty years that I had the privilege of serving him, it was crowded with books, letters, and various documents and items.

That began to change following the passing of Rebbetzin Chaya Moussia, in 1988. The Rebbe had remained in his home, for a full year—with the exception of Shabbat and holidays—where he mourned the loss of his beloved wife. He did return to his office after that year of mourning, in 1989, where he lived from that point on—studying, responding to letters and requests, and attending to the vast network of institutions and activities that he created.

He also began sorting papers and setting aside things to be removed. He would often ask me to file certain documents, and to transfer items from his office to the library or archive center.

Over the ensuing months, to my sadness, much of the Rebbe’s office was cleared, until, finally, the only thing that remained on his desk was his family album—the four volumes of Sefer Hashluchim.

It remains on the Rebbe’s desk to this day.

The annual Conference of Shluchim during the week of November 12 was different this year. The world has changed—not only from what it was thirty years ago, but from just a year ago. To face these new challenges, Chabad-Lubavitch draws more deeply from the anchoring values that the Rebbe gave us. They proved as vital and sustaining as ever, giving the shluchim and lay leaders the confidence to move ahead in a changing world without losing their way. A virtual meeting, as we’ve all seen over the last year, is not the same. But when the spirit driving our connection is transcendent, the power of our unity is not diminished by geographic distance or the passage of time. So too, the bond between the Rebbe, the shluchim and the lay leaders. May it continue to animate their passion and inspire Jewish unity as they light the way forward for the making of a better world.

Related Articles
View All
Editorial
It’s Never Too Late
Across every segment of Jewish life, in America and elsewhere, we are seeing a demand for genuine, substantive, Torah study opportunities
Editorial
Sons And Daughters At The Seder Table
It was unseasonably cold on the first night of Passover back in 1979. Snow had fallen the day before and melted into slush puddles that…
Editorial
Better Than Birthday Cake
Chabad communities around the world are launching a truly ambitious 1,210 new institutions.
Editorial
In Pursuit of Practicable Freedom
Parents, however, who choose to educate their children in private schools are taxed all the same, while additionally having to pay full tuition for their…
Get Inspiration to your inbox!
Newsletter
Join our weekly newsletter for inspiration and updates
Donate
Find Your Local Chabad Center
Subscribe
|
Log In
Chabad
About Chabad-Lubavitch
About Chabad Lubavitch
The Rebbe
Headquarters
Magazine
Magazine
News
News & Updates
In The Media
Impact
Social and Humanitarian
Social and Humanitarian
Education
Education
Community
Community