New Chabad Representatives to Duluth, Edge of the Great Lakes

Chabad emissaries on the western banks of Lake Superior 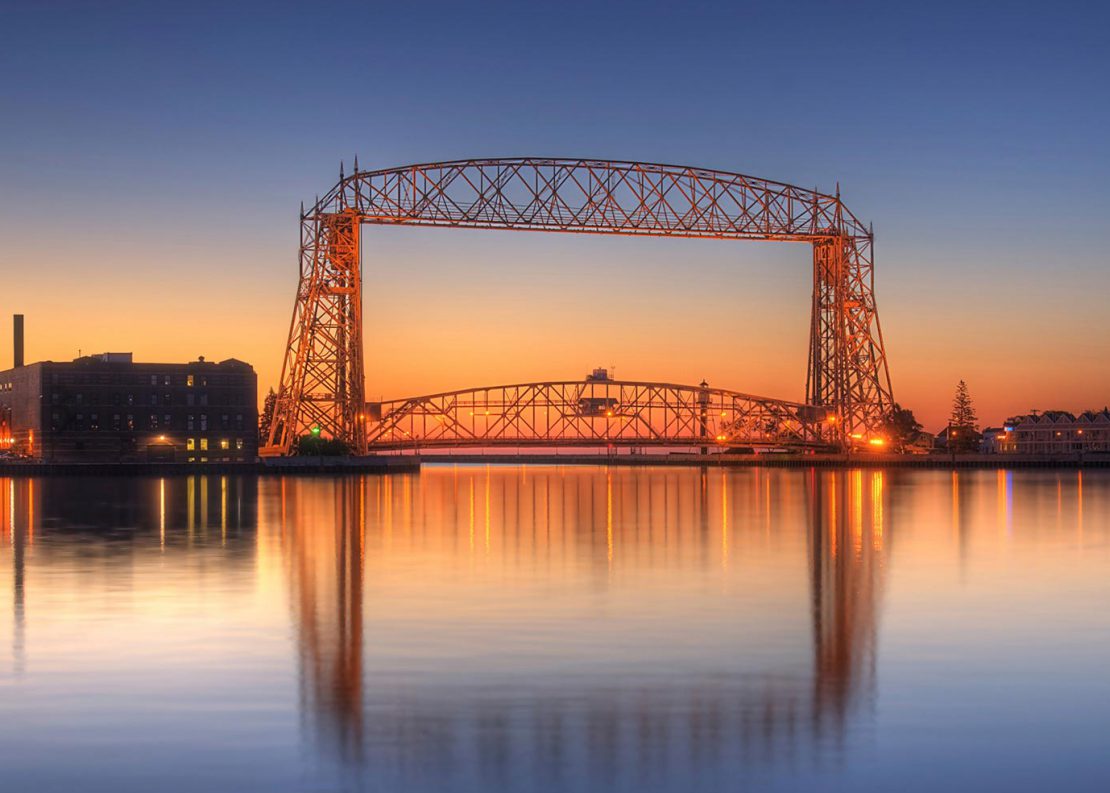 Built in 1905, the Aerial Lift Bridge is a city icon

Minnesota’s port city on the shores of Lake Superior is will soon have new Chabad representatives. Rabbi Mendy and Tirtza Ross (nee Phillips) were recruited by Rabbi Moshe Feller of Upper Midwest Merkos, Chabad’s Minnesota regional headquarters, to Duluth, the state’s northeastern hub. The Rosses and their two children will move shortly after the conclusion of the Sukkot holiday.

Duluth’s Jewish population is small. Mendy estimates about 1,000 Jews living in the region. “But who knows? There could be even more.” But small is fine. “We’re not looking to attract thousands of participants to a big event,” Mendy explains. “Our mission is to reach one Jew at a time, one mitzvah at a time.” Tirtza hones in on the point, “We’re going to focus on the individual.”

The individuals they hope to connect with include local residents, visitors attracted to the city’s mild summer weather, college students—specifically those at University of Minnesota – Duluth—and inmates incarcerated at Duluth’s federal prison camp. That won’t be anything new for Mendy—in his early twenties, he visited upward of eighty different U.S. prisons as a rabbinical student interning for the Aleph Institute’s prison visitation program. 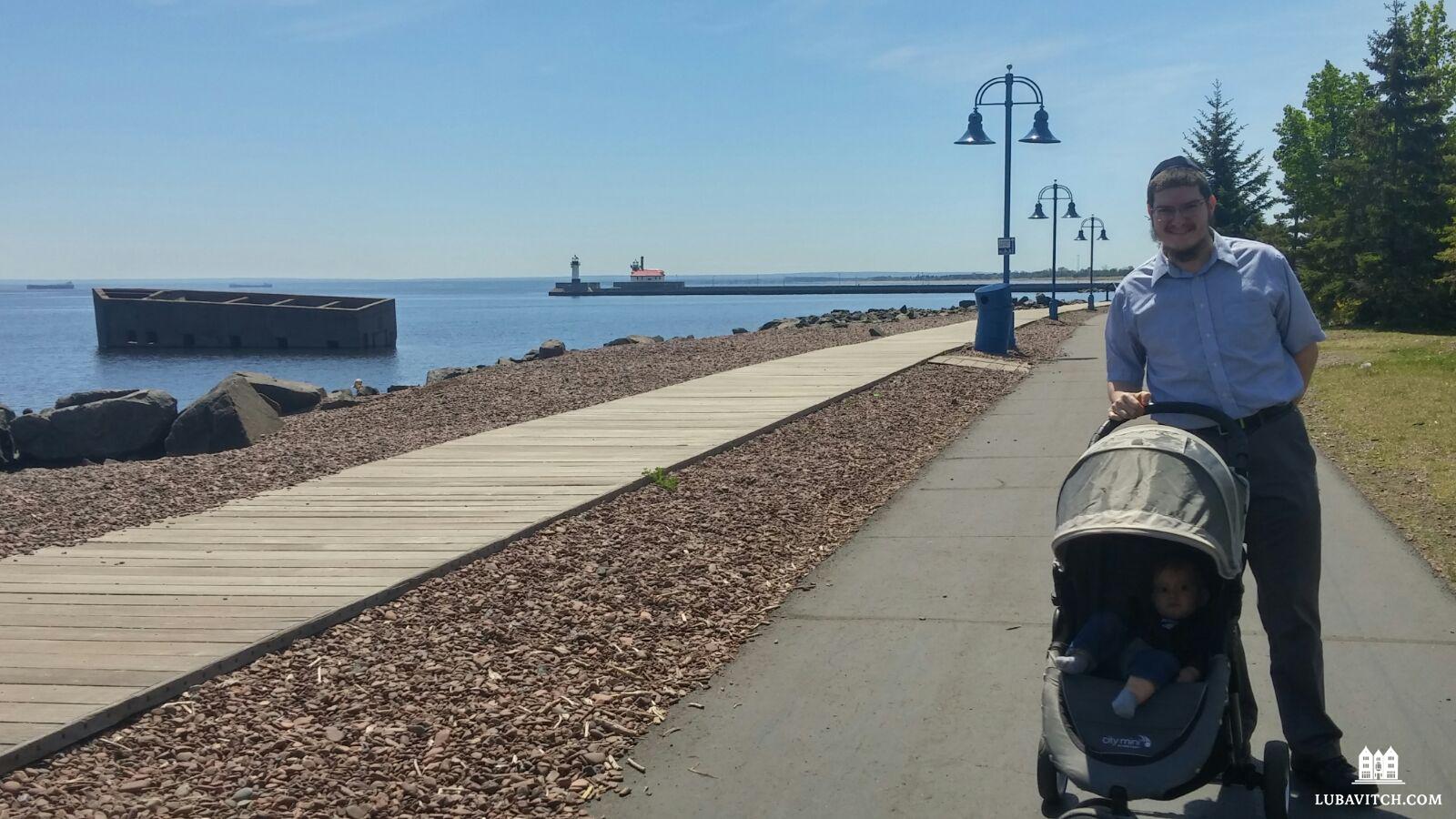 Visiting Duluth this past June, the Ross family took a stroll on the banks of Lake Superior

Even before moving in, the couple has launched community programs. One of these is a food delivery system for locals wishing to keep kosher: once a month, a refrigerated truck carrying staples from a Minneapolis kosher grocery makes the two-and-a-half hour trip to Duluth.

The city’s Jewish community dates back to the settlement of Jewish fur traders in 1869, but kosher grocery shops haven’t been seen in Duluth since the 1930’s. At that time, during the height of the city’s Jewish life, Duluth boasted four synagogues, two cemeteries, a Talmud Torah, and a variety of social groups. Though the Jewish population dwindled during the Depression, it has seen an uptick in recent years.

A survey conducted by the U.S. National Bureau of Economic Research in 2014 found Duluth to be number one of sixteen of the happiest cities in the country. “New emissaries to Duluth, the third largest city in Minnesota, will add more cheer,” says Rabbi Feller. The Rosses look forward to bringing the joy of Jewish life, “and I am sure they’ll do a great job.” 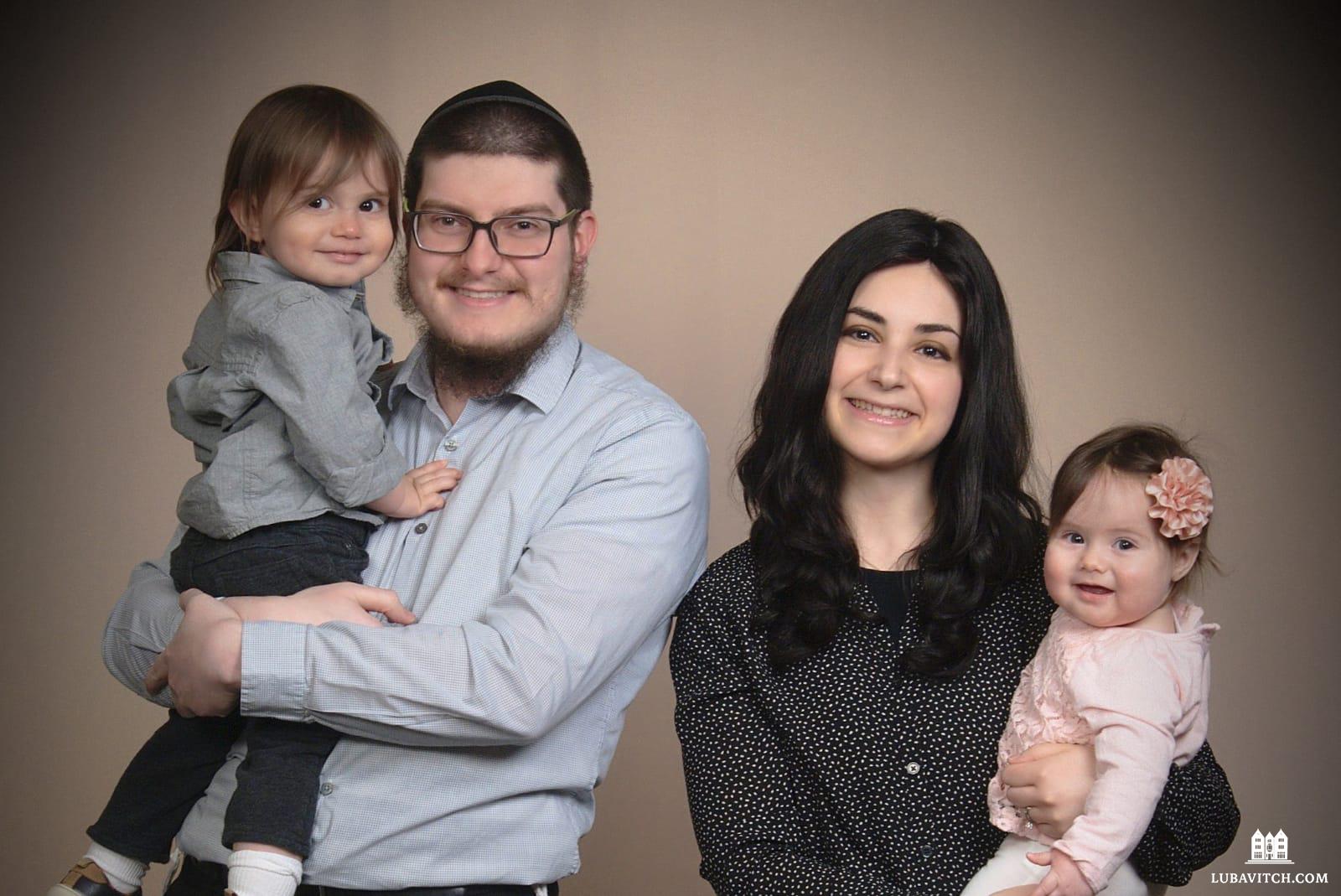 Rabbi Mendy and Tirtza with their children: Meir (2) and Chaya

Related Articles
View All
First Chabad for Singer Island
It’s a long way from Sweden’s cold winters where Rabbi Berel Namdar grew up. He and his wife Tzivia, originally from Tennessee, are moving to…
Where There’s Peet’s Coffee, There You’ll Also Find Chabad
On their first wedding anniversary, next month, Rabbi Mendy and Menucha Blank will be moving to the S. Francisco Bay area to open Chabad of…
New Chabad Opens In Downtown Raleigh, North Carolina’s Capital City
What motivates young couples to pick up and move from their families and comfort zones to an unfamiliar place—without convenient access to Jewish resources—to build…
Get Inspiration to your inbox!
Newsletter
Join our weekly newsletter for inspiration and updates
Donate
Find Your Local Chabad Center
Subscribe
|
Log In
Chabad
About Chabad-Lubavitch
About Chabad Lubavitch
The Rebbe
Headquarters
Magazine
Magazine
News
News & Updates
In The Media
Impact
Social and Humanitarian
Social and Humanitarian
Education
Education
Community
Community