Celebrating Judaism in a Changing Europe 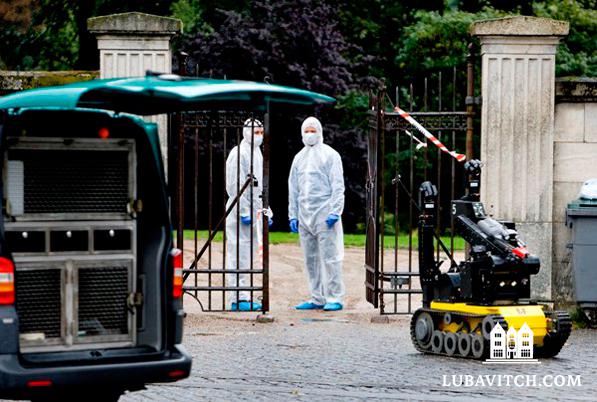 All News
Go to Photo Gallery
By E.J. Tansky

(lubavitch.com) On Monday, September 13, a one legged would-be bomber detonated his explosive belt in a Copenhagen hotel bathroom five minutes away from Chabad Lubavitch of Denmark. But this didn’t change Nina Goren’s plans for the upcoming festival of Sukkot.

Goren, a political science major at Copenhagen University, has lived in this city long enough to know what streets to avoid. Although born in Israel, she has lived in Denmark since she was three. At Chabad, she said she feels “totally safe.”

Chabad of Denmark representative Rochel Loewenthal, who’s privy to security communiqués from the Israeli embassy in Copenhagen, is not as sanguine. “It’s nerve wracking to think you might be a target,” said Lowenthal. “But the bottom line is G-d runs the world.”

The weeklong holiday, which begins on Wednesday evening, September 22,  is celebrated outdoors in a temporary hut known as a “sukkah,” to commemorate G-d‘s protection of the Children of Israel during their 40-year journey in the desert. Venturing out into the open to practice Jewish observance requires courage for Europeans Jews who are increasingly at risk from anti-Jewish harassment and violence in cities with sizable Muslim populations.

According to Prof. Robert S. Wistrich, head of Hebrew University’s Vidal Sassoon International Center for the Study of Anti-Semitism, the Jews of Europe must brace themselves for a new reality.

“Since the start of the second Palestinian intifada in September 2000—reinforced by the impact of 9/11 and the war against Iraq—anti-Semitism has become a central feature of the violent Islamic jihadism that has spread from the Middle East to parts of the Muslim diaspora in Europe,” Wistrich wrote in European Anti-Semitism Reinvents Itself (AJC, 2003).

“We are at the end of an era in which the Jews of Europe can assume that their peace, security, and well-being will be protected from predatory anti-Semitism by the shadow of the Holocaust,” he added.

Chabad of Denmark is putting extra security measures in place this Sukkot. To help in the effort, Israeli embassy staff dispatched special security teams for the holidays. Surveillance cameras, donated by the Jewish community, will run at all hours and Jewish community members will patrol the streets near Copenhagen synagogues. As well, an armed security person will be standing guard when some 90 guests, Goren among them, visit Chabad Denmark’s newly expanded, holiday hut. “It’s a pleasure to come to Chabad and see the Sukkah,“ Goren said. And it’s a good way to meet other young Jews.

It’s also amusing to observe the neighbors do a double take when they see the sukkah, said Goren.

Thirty miles to the east, Chabad of Malmo’s Rabbi Shneur and Reizel Kesselman don’t risk posting notices of the holiday events in the local paper. The country’s third largest city, with a population of 250,000 is home to over 60,000 Muslims and approximately 1000 Jews. Jewish people have learned it’s safer to keep a low profile. Chabad invites community members to its events by mail, and has restricted access to its website by password only.

“There are constantly anti-Jewish incidents here. It is worrisome,” said Rabbi Kesselman.

Lotta Smolak, born in Sweden to Holocaust survivors, senses the change. “I still feel safe, but I feel more unsafe than I did twenty years ago,” Smolak told Lubavitch.com from her home in Malmo.

Nonetheless, Smolak and her husband will be joining the Kesselmans on Sukkot. “I really am looking forward to sitting there with them, as we have every year, outside in the sukkah.”

In Karlsruhe, Germany, municipal authorities appear to have more of a handle on things. Karlsruhe is the seat of the Germany’s supreme court, and the local Chabad sukkah, which stands in the city center, is patrolled by local police several times a day.

“The police are very serious about the sukkah’s security. They don’t want any incidents,” said Rabbi Mordechai Mendelson, director of Chabad of Karlsruhe, a city that is home to 2500 Jews, mostly from the former Soviet Union, who know little about the rituals of Jewish life. “People come into the sukkah and think it is a beer garden,” said Rabbi Mendelson.

This is the fourth year Chabad of Karlsruhe has been permitted to build a public sukkah, and awareness is beginning to grow.  Chabad’s sukkah, laubhutte, ‘leaf house’ in German, is open 24 hours a day and within view of Rabbi Mendelson’s apartment.

“I see people enter because they know they do not have to speak with anyone. They want to interact with G-d without an intermediary,” said Rabbi Mendelson.

He stocks the sukkah with the four species that are blessed on this holiday, along with instructions in German and Russian on how to perform the ritual. Users unaccustomed to care and handling of the delicate leaves often damage them, but Rabbi Mendelson doesn’t mind. He buys several sets. “I encourage people to make their own connection with G-d.”

Unlike Karlsruhe where Chabad’s sukkah is one of the few in town, Antwerp, Belgium, is known as the Jerusalem of the North. Sukkahs are common in this city of diamond dealers. Municipal officials sent out a mailing in Flemish that explained the holidays to help Belgians make sense of holiday street closures, a security measure.

“The government here is very cooperative with the needs of the Jewish community,” said Ruchie Tzardovitz, daughter of senior Chabad of Antwerp representatives, Rabbi Shabtai and Richa Slavaticki.  “I hope the more people know about the holidays, the better it will be for the public. They should not be surprised when the streets are closed.”

With strength in numbers and a supportive government, Chabad is planning an array of festive events here in Antwerp. Chabad’s public sukkah in the diamond district will be hosting guests throughout the holiday. Parties hosted at the sukkah will target different segments of the local Jewish population, which is made up of Israelis, English speakers, Antwerpians and tourists.

In addition, Chabad representatives were asked to bring Sukkot activities to children in the first through sixth grade at Tachkemoni, Antwerp’s largest Jewish day school. And, Jewish jewelry dealers up and down Penikaan Strasse will have a chance to shake the lulav and etrog with help from young Chabad students.

Seven decades after the Jews were nearly annihilated on this continent, with a long history of expulsions and harassment of its Jews, the latest incarnations of Jewish insecurity are an old story, writ new with new players. Undaunted but vigilant, Jewish communities of Europe are hoping for a joyful, peaceful holiday.