Brooklyn Beat: “Excuse Me, Are You Jewish?” 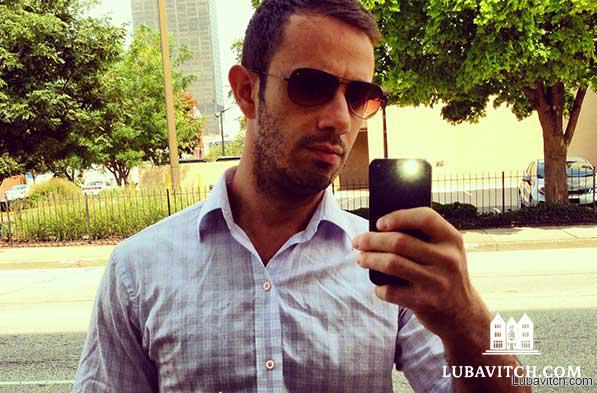 Josh Wolff, a documentary filmmaker, was annoyed. It was Rosh Hashana, and Chabad students eager to share the mitzvah of shofar were canvassing the streets of Brooklyn offering to blow the ram’s horn for any Jew who hadn’t made it to services.

Wolff, who grew up in a Jewish home but knew very little about Judaism, really didn’t want to be bothered. “I hadn’t thought about being Jewish for years,” he admits, and he was beginning to lose his patience.

Over the two-day Rosh Hashana holiday, Wolff had been “approached early in the morning, or when I got back from work,” neither convenient times for him, he told lubavitch.com. And on this Rosh Hashanah morning, Wolff was approached twice.

“These boys came up to me and asked me if I was Jewish.” Speaking on his cell phone, he managed to shrug them off, continuing on his way down Washington Avenue. As if scripted for comedy, when he got to the Brooklyn Museum, he was approached by another Chabad student.

Wolff tried evading him. The student tried again, “It’s a big mitzvah. I’ll do the short version,” he offered.

Reflecting on it now, several months later, Wolff says, “Something came over me, something I can’t even explain,” and he challenged the young rabbi: “I am going for a run. Can you run?”

Like many of his peers who’d give the shirt off their back to help another and share a mitzvah, Shmuel Cunin, 17, was serious about making sure that this random Jew-on-the-street would not miss hearing the shofar on Rosh Hashana. He didn’t blink. He ran. 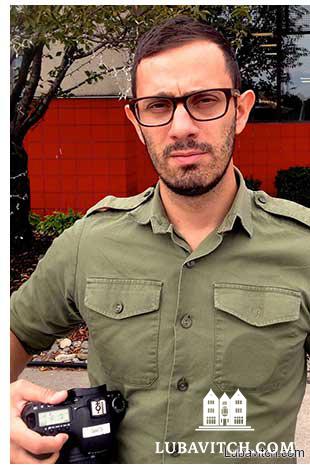 Pounding the pavement, the rabbi had Wolff recite the blessing and then began to blow the shofar. “Look at these crazy Jews, no one is even chasing them, yet they are running while they were saying prayers and blowing a shofar,” Wolff thought at the time.

Shofar blowing takes some skill and a lot of wind. To fulfill the mitzvah, you’ve got to have someone capable blow deliberate, carefully delineated blasts and bleats: one long blast followed by three medium blasts, followed by nine or ten short staccato sounds, followed by an extra long note. Short version.

Clearly, not the kind of thing you do while running, but if that’s the only way Wolff would hear the shofar, that’s the way Shmuel, the son of Chabad representatives in Los Angeles, would blow it.

“Oh my G-d,” was all Wolff could muster, stunned by the tenacity of this teenager, now out of breath. After Shmuel was done, the two shook hands, laughed heartily, wished each other a good new year and continued on their separate ways.

“It felt so good. We both had a great moment together. It was a pretty amazing experience,” says Wolff, in retrospect.

Unbeknownst to Shmuel, Wolff had been recording this incident. He didn’t know that on the holiday, observant Jews would not agree to be videotaped. When he uploaded it to YouTube, the video went viral.

The incident generated various opinion pieces on Redditt, Heeb and elsewhere, and garnered a deluge of comments and emails expressing admiration for Shmuel. “They [all] thought it was pretty amazing,” he says now, speaking about it for the first time since it’s happened with lubavitch.com.

“Kudos to the Hasidic man for being a good sport about it, and then going on his way to find another Jew,” wrote the Gothamist.

But at the request of Shmuel’s father, You Tube removed the video. With that the elder Cunin and Wolff began an email exchange, and when the rabbi told the filmmaker that he will be in New York for the International Conference of Chabad-Lubavitch Emissaries, in late November, they agreed to meet.

On Monday morning, November 24th, at 7 a.m., Josh Wolff shook hands with Rabbi Mendel Cunin outside Chabad-Lubavitch World Headquarters on Eastern Parkway. “He was incredibly joyous, full of energy, with a smile on his face and a really engaging kind of personality,” says Wolff. And there on the steps to the synagogue Rabbi Cunin gave him a “Lubavitch 101 seminar of the last 100 years.”

Like son (now studying in France) like father, Cunin then asked Wolff if he had ever put on Tefillin. He had not. The next thing Wolff knew was that he is “reading out of prayer books,” in a prayer shawl, Tefillin on his head and singing with the crowd. “I am sure that they all wanted to know who this guy that Rabbi Cunin pulled off the street for a Bar Mitzvah on a Monday morning, is,” Wolff says. 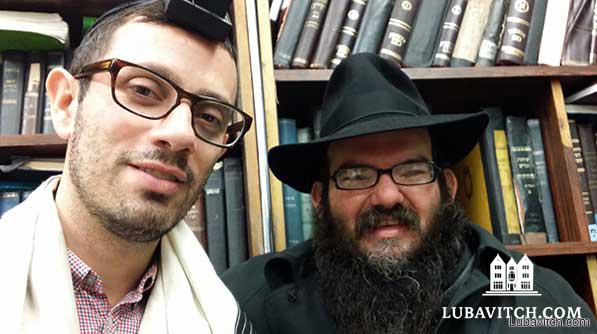 It was an illuminating experience for the documentarian. “It was great. It’s been years since I read Hebrew.” Now interested in learning more, the elder Cunin has put him in touch with his local Chabad.

In an introspective moment, Wolff offers that when approached by these young fellows, he, like other secular Jews, wonders: “Is this mitzvah for me? Or is this for them?”

The students, he realizes now, had his best interests at heart, and the mitzvah was for himself. But “I feel like it was for him as well,” inspiring to both, strangers on the street brought together by a mitzvah.

Editing by B. Davids.