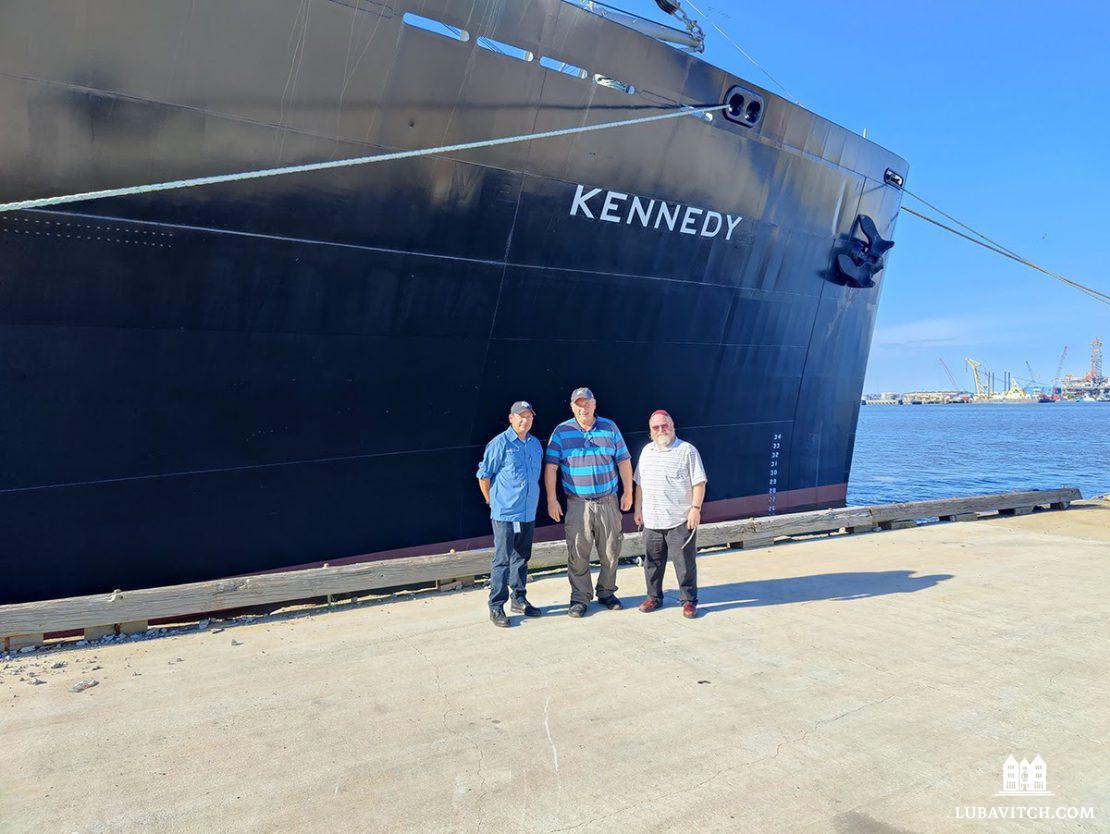 When a professor aboard a maritime training vessel in the Atlantic needed kosher food, Rabbi Yossi Lazaroff of Chabad at Texas A&M University sprung into action.

In keeping with his kosher diet, Chief Engineer Milton Korn of the USTS Kennedy had been eating only canned tuna and sardines as the vessel prepared to dock in Galveston, Texas, ahead of a fifty six day Coast Guard training cruise. To the onboard chef, Marc Cruz, this was not an acceptable arrangement. “I’m going to call the Aggie Rabbi,” he told Korn.

Rabbi Yossi Lazaroff, known to many students as the “Aggie Rabbi,” has worked with Chef Cruz for over seven years to provide kosher dining at Texas A&M University. As director of Chabad at Texas A&M, Rabbi Lazaroff himself is no stranger to catering for people. At the Rohr Jewish Student Center, he hosts over seventy students for weekly Shabbat meals and famously delivers matzoh ball soup to students in their dorm rooms when they are feeling under the weather.

When he received the call from Chef Cruz, Rabbi Lazaroff immediately took action, purchasing four large coolers of kosher food and preparing matzoh ball soup. He then set out from his home in College Station, Texas, to meet Cruz in Houston, where they stopped to buy the equipment and utensils necessary to keep kosher aboard the ship.

After arriving at the ship, then docked in Galveston, and delivering the food and utensils, Rabbi Lazaroff tweeted, “Let’s just say mission accomplished.”

“This was an unusual case,” Rabbi Lazaroff said. “But serving the needs of Jewish students, faculty, staff, and former students is all in a day’s work at Chabad at Texas A&M.”