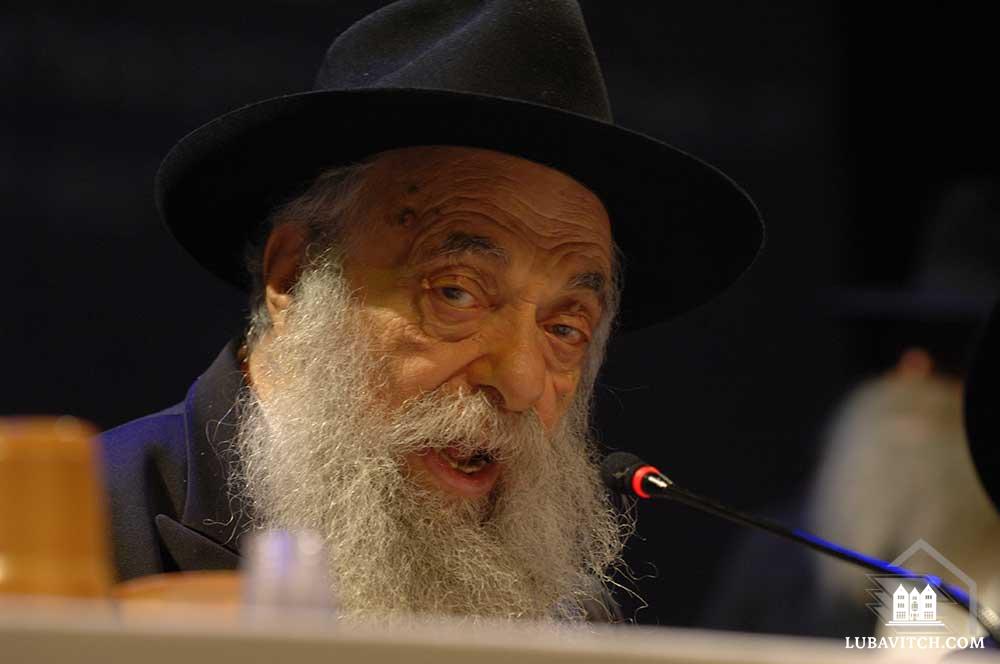 The worldwide Chabad-Lubavitch movement mourns the passing of Rabbi Yoel Kahan, its preeminent Chasidic scholar and teacher, and a protégé of the late Lubavitcher Rebbe. He passed away Thursday after a prolonged illness at age 91.

Known as “Reb Yoel,” he was revered by generations of Chabad students and scholars for his brilliance and his ability to distill and communicate subtle, complex concepts of Chabad philosophy to a wide and diverse audience. He was also the Editor-in-Chief of the highly acclaimed encyclopedia of Chabad Chasidic thought, Sefer Ha-arachim.

Born in the Soviet Union in 1930, he emigrated with his family to Israel at the tender age of five, where he studied in Yeshiva Achei Temimim in Tel Aviv. He spent his teenage years studying with several prominent Chabad Chasidic scholars. In 1950 he boarded a ship to New York where he quickly became attached to the Lubavitcher Rebbe, Rabbi Menachem M. Schneerson, devoting all his energy to interpret and disseminate the Rebbe’s teachings.

Reb Yoel’s prodigious memory, along with his intellectual abilities, made him the official “reviewer” and the authoritative exponent of the Rebbe’s oral discourses. Often held on Shabbat, when writing and recording are not permitted, Reb Yoel led the effort to reconstruct the Rebbe’s talks from memory, with a team of scholars under his tutelage.

“Reb Yoel’s genius was matched by his humility,” said Rabbi Dovid Olidort, the Senior Editor of Kehot, Chabad’s publishing house. “A kind, gentle soul, deeply devoted to his students, he shaped the intellectual contours of contemporary Chabad Chasidic scholarship. His passing leaves a huge void in our midst.”

He is survived by his wife, Rebbetzin Leah Kahan.

Related Articles
View All
Reflections
Come And Hear: A Dad Defends Shabbat At Chabad
"Dad, isn’t it true that I can’t read from the Torah there?”
Reflections
The TSA Speaks: An Elul Encounter
The Jewish month of Elul is the time when God is most accessible. It is the season when “the King is in the field”—meaning God’s…
Reflections
Sentimental About Plastic Bins
These bins are indestructible, I think — and so are the connections.
Reflections
Reflections On Leadership
How would the Rebbe bring healing to survivors nursing shame and insecurity, wanting to hide their identity, to forget, to be left alone in their…
Get Inspiration to your inbox!
Newsletter
Join our weekly newsletter for inspiration and updates
Donate
Find Your Local Chabad Center
Subscribe
|
Log In
Chabad
About Chabad-Lubavitch
About Chabad Lubavitch
The Rebbe
Headquarters
Magazine
Magazine
News
News & Updates
In The Media
Impact
Social and Humanitarian
Social and Humanitarian
Education
Education
Community
Community