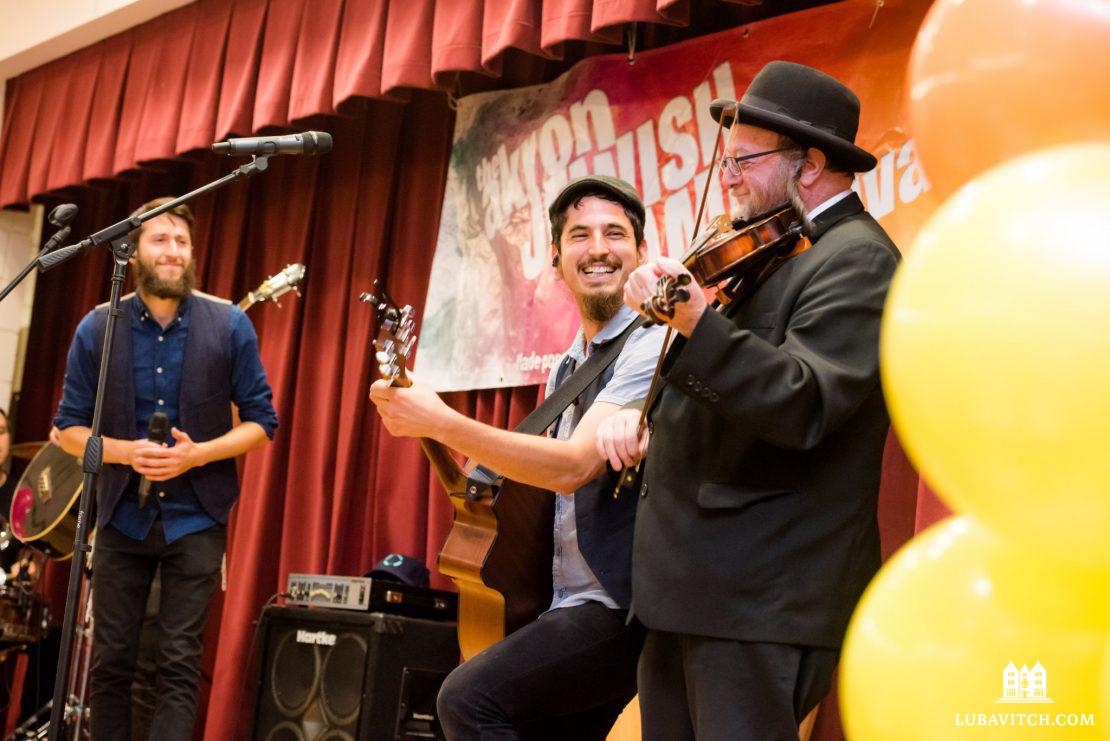 This summer, Jewish festivals celebrating Jewish culture and life have been popping up in parks and synagogues across the United States. For Akron, it’s the second summer festival. Chabad of the Shoreline’s annual mid-summer festival on the grassy knolls of Guilford, Connecticut is their sixteenth. Chabad of the Shorelines’s director Rabbi Yossi Yaffe says the festival, held in a public park, is an “open door” that brings Jews together and gives non-Jews a window into Jewish culture.

Despite the runaway success of longtime Jewish festivals like Rabbi Yaffe’s, it’s only since the Covid era that the model has blossomed nationwide, from Los Angeles to Seattle.

According to Rabbi Moshe Sasonkin, director of Chabad of Akron and rabbi at the Anshe Sfard Synagogue, outdoor festivals presented a Covid-safe way to bring the community together. But even now, new festivals are appearing. Like in New Hampshire, where Rabbi Berel and Rochy Slavaticki hosted their state’s first-ever Jewish festival this summer on a scenic perch overlooking the Atlantic Ocean.

The programs vary from one Jewish festival to the next, but some ingredients are a staple. There’s fun for the kids, live music and entertainment for the adults, lots of delicious deli sandwiches, and Jewish cuisine intermixed with local fare. And they’re always outdoors, except that is, in Akron.

On the morning of August 21 in Akron, Ohio, Rabbi Sasonkin was also planning to host the festival outdoors. But dark clouds threatened rain, and the bounce houses, concert gear, pop-up deli, and pop-up vendors all moved into the synagogue. “The only place the bounce house fit was in the center of the sanctuary,” Rabbi Sasonkin laughs.

After their inaugural Jewish festival last summer, Akron was hooked. “It brought the whole community together,” he says. “An event that creates that kind of unity around vibrant Judaism makes all the hard work worth it.”

To pull off the event, Chabad of Akron worked with the local Jewish Federation, the JCC, and other local Jewish organizations. Over four hundred people, from babies to bubbies, enjoyed the fun, including live performances of Chasidic tunes and original compositions from Chicago-based Jewish folk band Rogers Park. The concert even featured a band from nearby Cleveland which is composed exclusively of teens with special needs.

The kids bounced their hearts out and had their faces painted before watching a juggler on stilts. The adults were immersed in various cultural experiences, meeting local Jewish artists, artisans, and jewelers or pursuing the pop-up vendors showcasing their wares.

It’s a recipe that’s hard to beat. The smell of delicious food still wafts through the synagogue’s hallways, but Rabbi Sassonkin is already thinking ahead to next summer’s festival. “It’s only getting bigger and better; you just can’t miss an event like this.”

Related Articles
View All
Art
Chicago Teens Paint The Town
Thirty-five Skokie teens who have been cooped up at home for the last four months had an opportunity to get their creative juices flowing recently.
Get Inspiration to your inbox!
Newsletter
Join our weekly newsletter for inspiration and updates
Donate
Find Your Local Chabad Center
Subscribe
|
Log In
Chabad
About Chabad-Lubavitch
About Chabad Lubavitch
The Rebbe
Headquarters
Magazine
Magazine
News
News & Updates
In The Media
Impact
Social and Humanitarian
Social and Humanitarian
Education
Education
Community
Community