Why We Drove Down Route 20 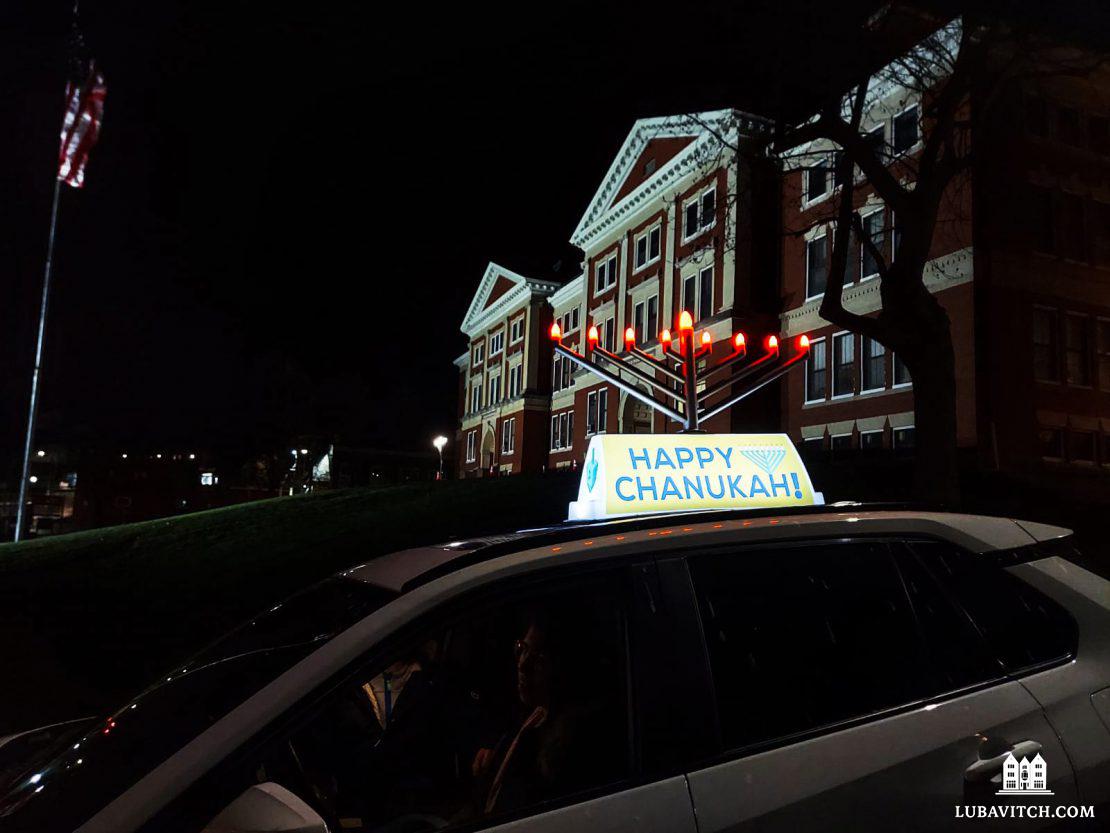 “Let’s take a drive down Route 20,” I told my children, as we drove home from last night’s Chanukah celebration in Marlborough, Massachusetts, just outside Boston. “Maybe the sight of the menorah on our car will cheer someone up.”

On the way, we pulled into the Rugged Bear Plaza to check on the large menorah we had placed there. My son Mendel noticed that another bulb needed lighting and started adjusting it.

Suddenly a car pulled in. An older gentleman rolled down the driver’s side window and asked if we could chat about our menorah.

From there, we began a conversation about the man’s connection to Judaism, starting from his childhood. Growing up in the early sixties in Massachusetts, he was the poorest boy in his public school class. Each year on Yom Kippur, all the Jewish boys would take the day off of school and go to the synagogue’s services. His family couldn’t afford membership, so he had to stay at home. Each year, his friend teased him for being the only Jewish boy in class who didn’t go to services.

“One year, my mother dressed me up in a suit, and we walked to the courtyard of the synagogue,” he remembered, his voice cracking with emotion. “We stood outside until services ended and then walked back home together with everyone else so I wouldn’t get teased the next day in school.”

In the years that followed, he was also kicked out of Hebrew school. “So you can imagine I fell out of touch with my Jewish heritage over the years,” he told me.

I offered him a menorah and candles and asked if he would light them and celebrate Chanukah once again. He graciously accepted and warmly promised to kindle the Chanukah lights for the first time in years.

We exchanged phone numbers, and he told me he’s excitedly looking forward to visiting my Chabad House.

“That was so special,” one of my children announced. “Now we know why we drove down here with a Car Menorah! We helped brighten up this man’s Chanukah.”