When Jewish Life Goes Viral: What a Wedding!

With pared-down festivities, bride and groom focus on the essence 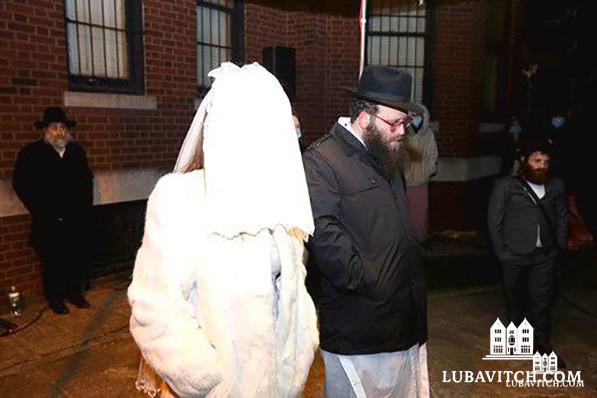 In this multimedia mini-series, we look at Chabad’s response to the effects of the coronavirus pandemic on Jewish life events. In this, part two, we look at how wedding celebrations continue while adhering to social distancing policies.

Shevi Katzman and Yaacov Behrman were ready to take the plunge. Yet even as they announced their engagement to elated family and friends, they knew their wedding would be somewhat different.

“We weren’t even sure we’d hold a l’chaim (engagement party)” said Shevi, daughter of Rabbi Mendel and Shani Katzman, of Chabad of Nebraska. The term social-distancing was just beginning to enter the lexicon of New Yorkers, and the young couple wanted to do their part to “slow the spread” of covid-19 among their family and community. They held a small event and encouraged those who didn’t feel good to stay home, which many did. So when a friend of the Behrman family, Dr. Eli Rosen suggested they make their wedding as soon as possible, the couple took it in stride.

The wedding was set for Monday, March 23rd, less than two weeks later. “We decided we’d focus on the essentials, the things we needed to make a joyous Jewish wedding,” said Shevi. She rented a gown, bought a sheitel (wig customarily worn by Chassidic women to cover their hair after marriage) and sought a teacher who would bring her up to speed on the laws of taharat hamishpacha (the laws of intimacy) and Judaism’s perspectives on marriage. Yaacov bought a kapoteh (frock coat, traditionally worn by Chabad married men on special occasions) a tallit (prayer shawl) engaged a Rabbi to preside over the ceremony and similarly brushed up on the relevant parts of Torah and halacha.

“I’m awed at their ability to look at what is primary. They looked away from all the pizzaz and trimmings that are usually given such importance, and they approached their wedding from a meaningful and wholesome place of strength,” says Shani, mother of the bride. Indeed, the couple abstained from purchasing the Shabbat candlesticks traditionally given as a gift to the bride, and Shevi didn’t shop for a new wardrobe. According to Chabad custom an engagement ring is only given after the nuptials. The couple decided that as the diamond ring isn’t an essential, they would hold off and purchase it when things calm down.

With constraints on movement growing and a shelter-in-place announcement for all New Yorkers set for Sunday evening at 8, the couple moved their wedding to Sunday. They cut down their already short guest list, to just parents, siblings of the bride and groom and their spouses and offspring, a rabbi and two witnesses. “The most difficult thing was to inform my two grandmothers that they were not to come, out of regard for their own safety. I couldn’t be there when they were told,” said Shevi.

“Once the bride and groom have set a date we must do all we can to keep the wedding as close to that as possible,” says Rabbi Segal, Dayan (judge) of the Beth Din (rabbinical court) of Crown Heights and presiding rabbi at this wedding. Though the shiva (seven-day mourning period) for the rabbi’s mother ended Sunday morning, he assured Yaacov he would be there as “it’s a mitzvah to rejoice with a bride and groom.”

“The rabbi came from a house of mourning to help us establish our new life, our new home,” Yaacov says. His mother-in-law agrees with his sentiment. “Marriage is the single most important institution in Jewish life. It’s a reflection of G-d and his relationship with the Jews. It’s about bringing G-d into the most personal aspects of our lives. It’s establishing a G-dly presence in a world that seems devoid of G-dliness,” Shani says.

She reflected on the decision to plan and hold the wedding with only eleven days notice. “Marriage brings together two halves of one soul that have been waiting since the beginning of time to come together and achieve the purpose only they can fulfill. What could better bring healing and a sense of normalcy, and meaning to our lives in these turbulent times than the hope and promise of a new couple embarking together into their combined future?”

Sunday arrived, bright but cold. The wedding reception would be held in Yaacov’s neighbors’ backyard. The ceremony would be across the alley in the backyard of the residence of the Lubavitcher Rebbe. Make-up artists, hair stylists, caterers and musicians had backed out, but the families assembled in their finery. After reciting a Chasidic discourse on the meaning of a Jewish wedding, Yaacov was led by his entourage to place a veil over Shevi’s face, signifying his holistic acceptance of her, not based on external qualities. He walked to the chuppah (wedding canopy), which was lined with the tallit of his late father, where he welcomed his bride into his life. Shevi was then accompanied by her parents as she circled Yaacov seven times, building an invisible fortress preserving their union and then stepping into it to stand beside her husband to the exclusion of all others.

Many safety precautions were taken. The mic was affixed to a stand so it didn’t get passed from hand to hand. After the rabbi recited the two marriage blessings, the wine was poured into a separate cup for the bride and groom to sip from. Instead of honoring seven guests to recite one of each of the seven betrothal blessings, the bride’s father, Rabbi Katzman recited all the seven so as to preclude passing the wine cup around.

The marriage contract was read and Yaacov placed a perfectly round gold band on Shevi’s finger consecrating themselves in marriage according to Jewish law. As the ceremony drew to a close Yaacov stepped on the now-empty wine glass, a reminder that as long as the Holy Temple has not been rebuilt, no celebration can truly be complete. Cries of mazal tov rang out from the intimate entourage in Crown Heights, Brooklyn, and reverberated around the world as thousands of livestream participants toasted the couple from as far as Israel and Australia and all over the USA.

“We had a full celebration. It was emotional and meaningful and we were able to focus on the joy of the day without getting distracted,” Shevi says.

During these days of social distancing, other young couples have wed in similarly restrained celebrations. Last week when Mushka Wolff of Sydney, Australia, married Mendy Levitin of Seattle Washington, the family held a wedding ceremony in Los Angeles which was the easiest non-stop US flight for the bride’s family. Like Shevi’s family, Rabbi Levi Wolff felt pushing off the wedding to a later date was not an option. “With the growing uncertainties and questions we are facing, nothing is quite as powerful a statement to reaffirm life, as a brand new Jewish home being established,” he says.

Forty-five members of Rabbi Levi’s community already had tickets, but with the wedding date moved up to get in before borders were closed, they would have to miss out. Rabbi Wolff described the absence of family and friends (the bride and groom’s parents siblings number around 30 between them) as “the hardest part. But, like all things in life we are in the hands of Hashem and if this is what Hashem wants from us at this time then this is what we have to do.”

A fact Shani, Shevi and Yaacov all echoed. “We know that everything happens at the moment G-d wants it to and the way everything fell into place so smoothly was a clear sign to us that this was His will,” Shani said.

“People said to me “You have such a good attitude,” but I just knew this was the right thing to do and it was an amazing celebration,” said Shevi.

“When the danger is over, I believe people are going to reevaluate the amount of money and stress that is wasted on weddings,” Yaacov says. “We didn’t choose these circumstances, but we are happy to show people it can be done.” 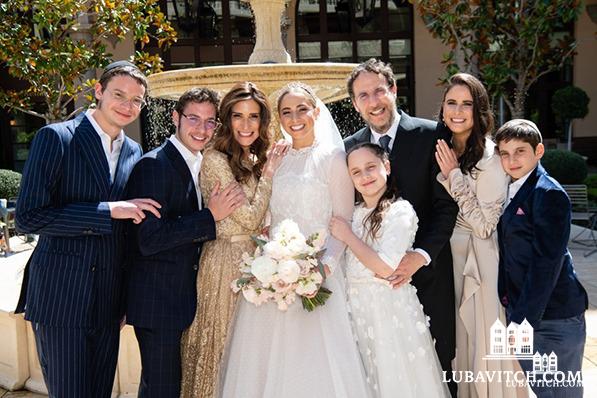 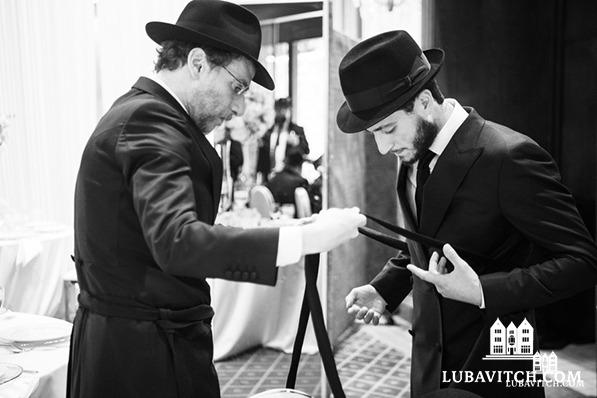 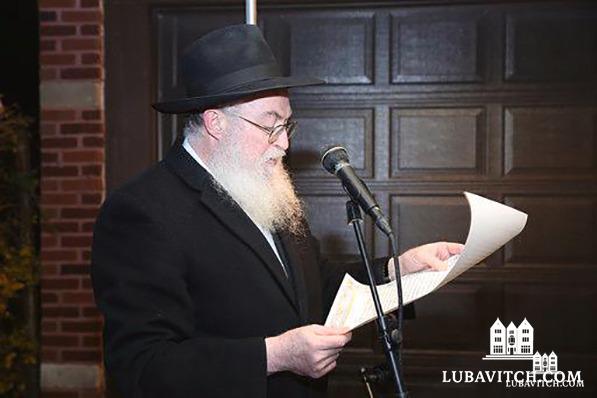 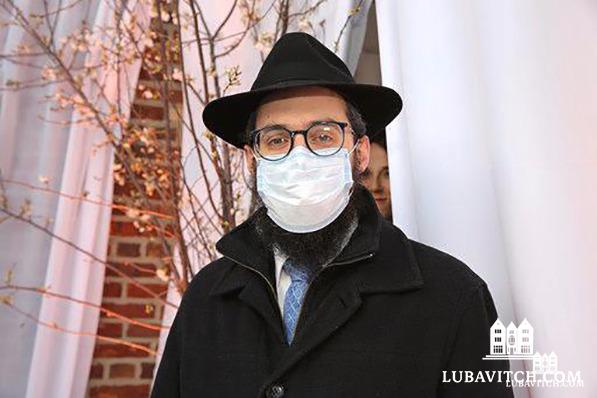 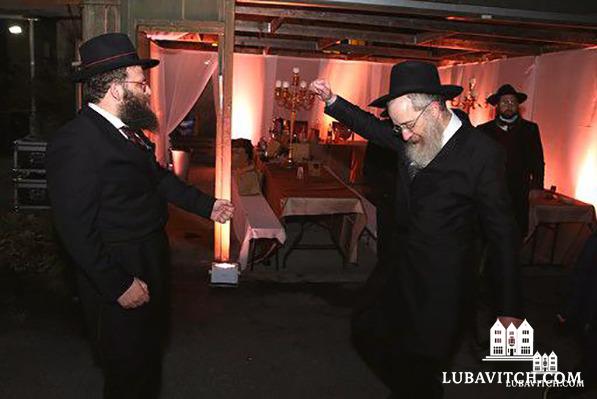 Related Articles
View All
When Jewish Life Goes Viral: Home for Shabbat
In this multimedia mini-series, we look at Chabad’s response to the effects of the coronavirus pandemic on Jewish life events. In this, part one, we…
A NOVEL RECOVERY
We humans have a primordial need to know. When something happens that upends our reality, we feel great urgency to unravel the enigma. We need…
Lifecycle
Bar Mitzvah Lessons, 21st-Century Edition
Rabbi Aryeh Weinstein has seen the damage left in the wake of careless bar and bat mitzvah lessons.
Lifecycle
Against All Odds, Kharkiv Jewish Community Welcomes a New Member
The war-weary city fell silent for a moment as the Jewish community gathered to welcome their newest member.
Lifecycle
Good Deeds for Daniel Perelman
After a young man passed away in an airplane crash, his Wisconsin community is coming together to do mitzvot in his memory
Lifecycle
A Funeral & a Bar Mitzvah
After Naomi Rosenberg’s funeral, Rabbi Alter Korf brought her dream true by celebrating a bittersweet Bar Mitzvah with her two sons
Get Inspiration to your inbox!
Newsletter
Join our weekly newsletter for inspiration and updates
Donate
Find Your Local Chabad Center
Subscribe
|
Log In
Chabad
About Chabad-Lubavitch
About Chabad Lubavitch
The Rebbe
Headquarters
Magazine
Magazine
News
News & Updates
In The Media
Impact
Social and Humanitarian
Social and Humanitarian
Education
Education
Community
Community