While their friends fled Zhytomyr for Israel, two boys survived for months in a Russian-controlled city in Ukraine’s south. Thanks to a miraculous rescue operation, they’re now safely back with their friends. 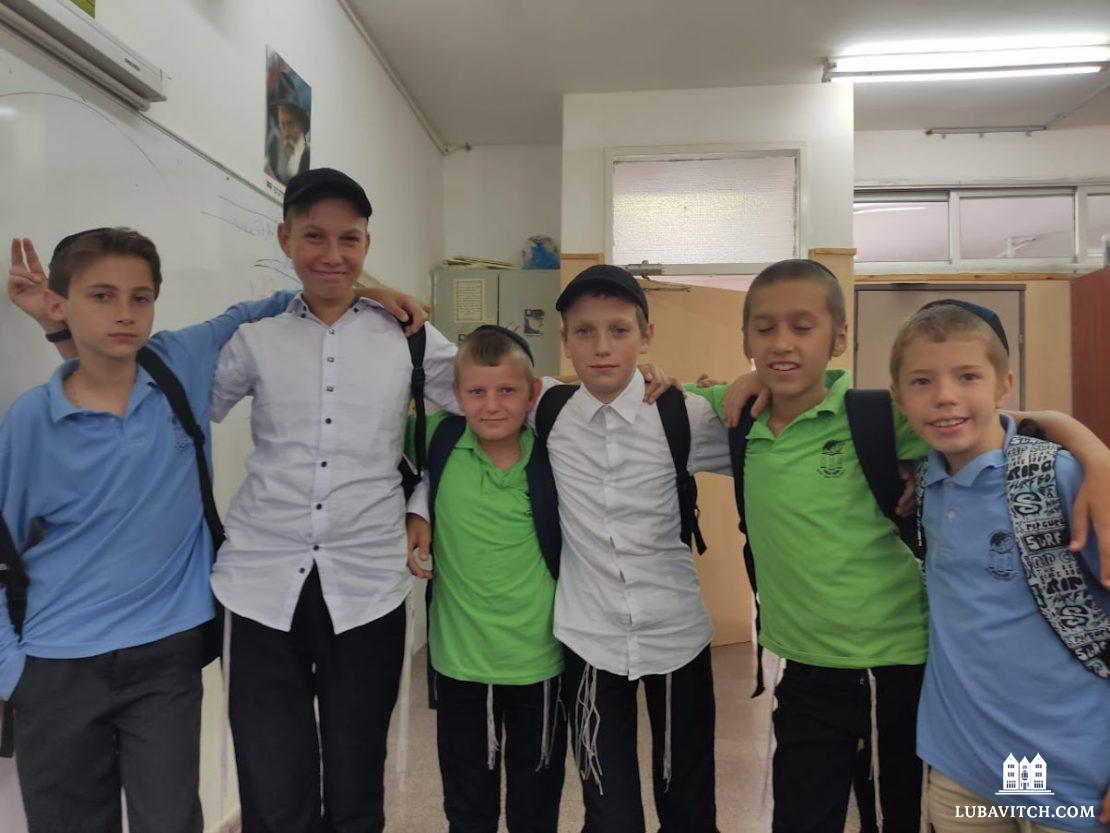 Avraham and Mendel in Israel, back with their Alumim friends.

Until late February, Avraham and Mendel called Zhytomyr home. The Alumim residential facility there gave a safe and nurturing environment to the two young boys and other Jewish children unable to live with family. They lived normal lives, focusing on making good grades and good friends. But war changed all that. The shelling terrified the children. “All we knew was that we needed to get the children to a safe place,” says Malki Bukiet, who directs Alumim with her husband, Rabbi Zalman.

Rabbi Shlomo Wilhelm, Director of Chabad of Zhytomyr, acted quickly, called in his favors and arranged evacuation for the children. While most of the children headed west away from the fighting, Avraham and Mendel went east to their mother’s home in Berdyansk, on Ukraine’s southern coast.

Just days later, the Russian army rolled into Berdyansk. Avraham and Mendel found themselves in an active war zone. The front lines of the war moved north, and for months the boys hung on in an unstable home, in a city under Russian military control, with dwindling food supplies. Their Alumim friends settled in Israel; but with the internet down, Avraham and Mendel had no way to keep in touch.

In June, a pair of Chabad rabbis passed through war-torn Berdyansk and a rescue operation got off the ground. The boys were ferried across the front lines to Zhytomyr, where Rabbi Shlomo Wilhelm was spending a few weeks with his community. “It was an incredibly difficult feat,” Rabbi Wilhelm says, “it took a lot of prayers, a lot of help from heaven, and a lot of kindness from many people.”

From there, Mendel and Avraham made their way to Warsaw, Poland, where Rabbi Shalom Ber Stambler put them up at his Chabad House, while he worked with the Israeli Consul to obtain safe passage to Israel. Finally, on June 21st, Rabbi Shlomo Wilhelm flew to Warsaw and accompanied Mendel and Avraham on their journey to Israel.

“When the boys finally arrived at Alumim and reunited with their friends, it was such an emotional scene,” Rabbi Wilhelm says. “To get them back safely took miracles upon miracles, thank G-d they’re safe now.”