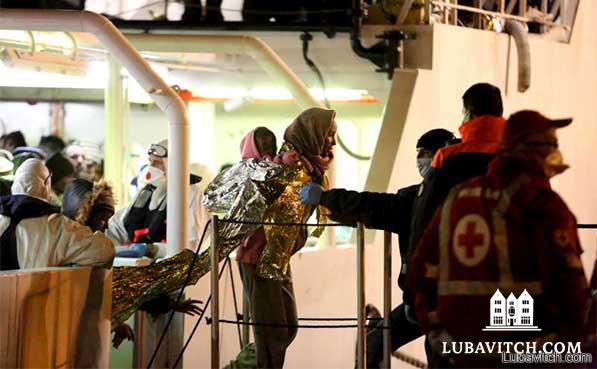 Refugees from African countries arrive in Milan, Italy, many will take shelter at the city’s Holocaust memorial. Below: Bringing food to the refugees at the Holocaust memorial; and Preparing food at Chabad’s Beteavòn la nostra grande cucina.
Photo Credit: UN

Ripped from their homes by the Nazis 70 years ago, 8,000 Jews were hauled to Stazione Centrale – Milan, Italy’s central train station – where cattle cars on an underground railroad waited to transport them to their deaths in Auschwitz.

Over the past few weeks, hundreds of Christian and Muslim refugees from African countries fleeing ISIS are finding shelter in what is now a memorial for those murdered by the Nazis. Chabad in the city is feeding them.

“Being a Jew and a minority that suffered so much, I could not just look on as other minorities [suffer],” Roberto Jarach, vice-chairman of the Jewish community and vice-president of the memorial, told Lubavitch.com. “If we could do something to solve a little part of their problem, we have to.”

Known as Platform 21, the underground tracks were turned into memorial that opened last year. The memorial includes a large library, testimonies of the surviving deportees from the station, two of the original carts used to take Jews to the concentration camp, and a wall of the names of those who perished.

With no kitchen or staff, Jarach partnered with Chabad to prepare food in its social kitchen, Beteavòn la Nostra Grande Cucina, and with Sant’egidio, a volunteer Christian group assisting with the logistics.

“When you have to solve problems, we have a wonderful cooperation,” Jarach says, noting that the refugees appreciate the meals prepared with consideration for their culinary habits. “We do not give them hummus and tehinah, because we do not know if they [will] like it.” 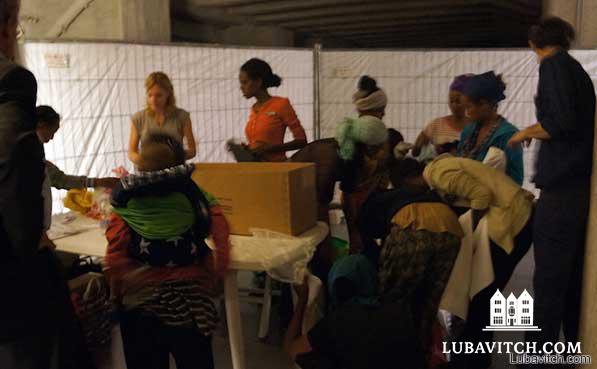 Known as Beteavòn, or in Italian as Our Big Kitchen, the newly opened social kitchen feeds some 1500 people a month. Programs include preparing Shabbat meals for the elderly, handicapped and the poor, as well as delivering meals to the homeless. The hot meals served at the memorial are prepared and delivered by volunteers.

“This is happening in a place where Jews were once persecuted. It is very symbolic that people who are escaping violence are being hosted here,” says Rabbi Yigal Hazan, a Chabad representative in Milan who directs Beteavòn. “As Jews who were persecuted, we should be on the front lines helping those in need, to bring them kindness wherever they are.”

After a stay of a day or two in Milan—a gateway of sorts to other parts of Europe—the refugees travel to their families dispersed in Germany, France and Belgium. 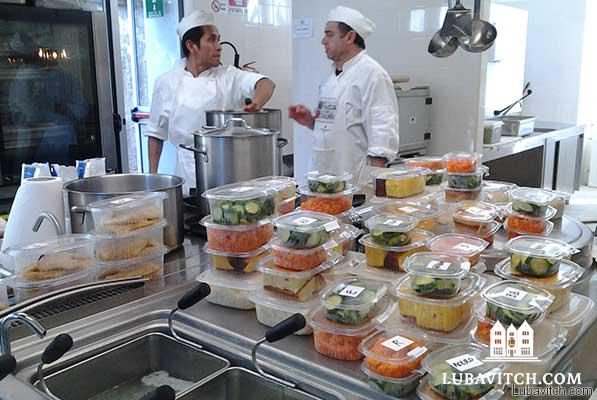 Related Articles
View All
Nepali Locals, Travelers, Find Food, Solace at Chabad
“Our greatest worry now is to make sure that anyone who comes to the Chabad House should have a hot meal,” the Chabad representative says.
For São Paulo’s Impoverished, A Light of Hope, Change
A new facility now offers access to the kinds of benefits that will raise the quality of life for the city’s struggling Jewish population.
Russia’s Largest Welfare and Medical Center Opens in Moscow
The Chabad-Lubavitch Sharei Tzedek charity center in Moscow, a swank $13 million complex, introduces a new level of geriatric care for thousands of the city’s…
Unseen, Unheard, Poor Philadelphia Demographic Becomes Community Concern
Philadelphia’s Jewish Relief Agency a meeting ground for goodness
Down Under, Chabad Builds A Kitchen, Everyone’s At the Table
In Sydney, a 3,200 square foot example of Chabad’s service to the community at large opened. “Our Big Kitchen” housed in a basement space excavated…
Get Inspiration to your inbox!
Newsletter
Join our weekly newsletter for inspiration and updates
Donate
Find Your Local Chabad Center
Subscribe
|
Log In
Chabad
About Chabad-Lubavitch
About Chabad Lubavitch
The Rebbe
Headquarters
Magazine
Magazine
News
News & Updates
In The Media
Impact
Social and Humanitarian
Social and Humanitarian
Education
Education
Community
Community