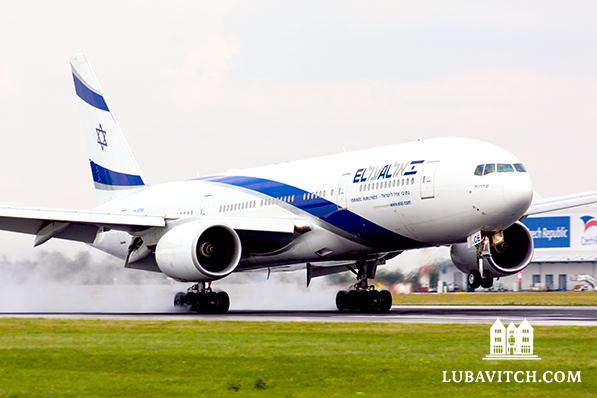 Flight attendants started running, there was a definite smell of smoke and suddenly the flight path screens showed the plane making a u-turn. It was just after 11pm last Thursday when the pilot declared an emergency on El Al flight 26 that was supposed to fly non-stop from Newark, New Jersey to Tel Aviv, Israel.

After some tense and frightening moments the flight landed safely on the tarmac at Halifax Stanfield Airport in Nova Scotia, Canada and it was decided that the plane needed a full technical inspection. This brought the El Al flight crew and the stranded passengers to a new logistical dilemma. The airline doesn’t fly on Shabbat. Flight 26’s scheduled landing time had been just 3 hours before sunset in Israel, now they would be grounded until after nightfall on Saturday.

Little did they know, Rabbi Mendel Feldman, of Chabad of Halifax was already on the case. “A Lubavitcher in Florida called to warn me,” he told Lubavitch.com. The man had seen posts on social media alerting that the flight was making an emergency landing. He called Feldman to let him know that he should expect company.

Rabbi Mendel and his wife Bassie reached out to a contact they know at El Al Canada. “We just let her know that we’re here for them and we’ll help in whatever way is needed.” And they did. The Feldmans spent the night on the phone, negotiating a good deal with a local hotel on the airline’s behalf and arranging buses to transfer passengers between the airport and hotel.

Back on the plane, passenger Barry Schechter of New Jersey, making his first trip to Israel to visit his twin children studying in yeshivas there, described, “when they [airline staff] told us they were in touch with Chabad a cheer rose up.” In fact, over Shabbat many passengers told the Feldmans that even before contacting their families they Googled to check that there was a Chabad in Halifax. “We knew we would be in good hands,” Barry wrote in an email he sent to the Feldmans once they were finally on their way after Shabbat.

Once the Chabad representatives had arranged accommodations and transportation, the question now was food. How would they feed seventy extra guests? There is nowhere local to buy prepared kosher food so the couple began to take stock of the supplies they had.

An orthodox Jewish pilot from New York reached out to the Feldmans and offered to fly in supplies on a private plane. Kosher food establishments, Gourmet Glatt of Cedarhurst, and Chap-a-Nosh of Brooklyn offered to supply the food. New York-based volunteer organization Hatzolah contacted their counterparts in Canada and it was decided that due to customs regulations it was more convenient to bring food in from Montreal. The Feldmans were grateful, “This was an incredible kindness from fellow Jews in New York and Montreal and it was a huge help.”

With the fish, meat and other main dishes coming in from Montreal, Bassie still had her hands full making sure sixty people would have enough to eat over the next 36 hours. “She didn’t stop for a second,” Rabbi Mendel said.

What followed was a Shabbat that was, as Barry described it, “emotional to say the least.” Passengers who feared spending Shabbat in an airport lounge, having to pool their limited Kosher food to create a semblance of the holy day were treated to “sumptuous meals” and an atmosphere that was “quite literally overwhelming.” They sang, shared stories and Torah thoughts. Rabbi Mendel said, “The emotion was tangible in the room. Many were so moved they broke out in dance in the middle of Shabbat lunch.”

An El Al representative who flew in from Newark came to check on the passengers during the festivities. He thanked the Feldmans and shared his appreciation for Chabad’s assistance.

The Feldmans have helped many stranded Jewish passengers since their 1994 arrival in Canada’s maritime province. Earlier this year they aided an elderly passenger who took ill en-route to Tel Aviv and hosted a fellow passenger, a young Chabad yeshiva student who volunteered to accompany her. When American airspace was closed following the 9/11 attacks they hosted and fed fifty passengers for five days.

When Shabbat was over the plane had been fixed and the passengers were on their way. Barry whose twins’ birth on 9/11 had precluded him being at his office in the World Trade Center that morning, typed a grateful email to his Shabbat hosts. “On behalf of my family and everyone on El Al 26, I would like to thank you and the Rebbetzin for your incredibly gracious, generous and heartfelt hospitality in Halifax. I know I speak for all of us when I say we quite literally could not have made it through Shabbat without you.”

“This is what we do,” said Rabbi Mendel. “We come to a place to bolster Judaism in the local community, but when these things happen, when there’s a Jew who needs us, Chabad will always kick in.” 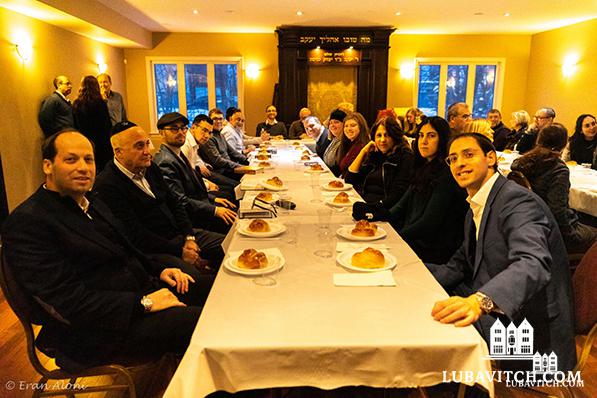 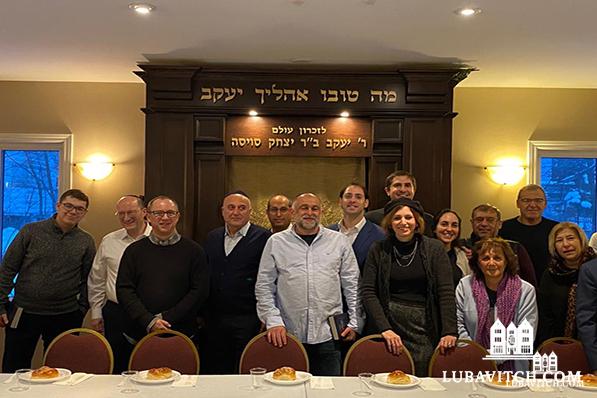 Related Articles
View All
Come From Away: A 9/11 Broadway Musical’s Holy Message
Sudak’s ordeal is dramatized in Come From Away, a Tony award-winning musical in which his character plays a key role. The show is still running…
Aeroflot Passengers Stranded on Shabbat No More
For the typical traveler, a delay will cause an important event to be missed, vacation days cut short, and work to be postponed. But Shabbat…
Get Inspiration to your inbox!
Newsletter
Join our weekly newsletter for inspiration and updates
Donate
Find Your Local Chabad Center
Subscribe
|
Log In
Chabad
About Chabad-Lubavitch
About Chabad Lubavitch
The Rebbe
Headquarters
Magazine
Magazine
News
News & Updates
In The Media
Impact
Social and Humanitarian
Social and Humanitarian
Education
Education
Community
Community