Jewish passengers to be welcomed into Moscow over Shabbat 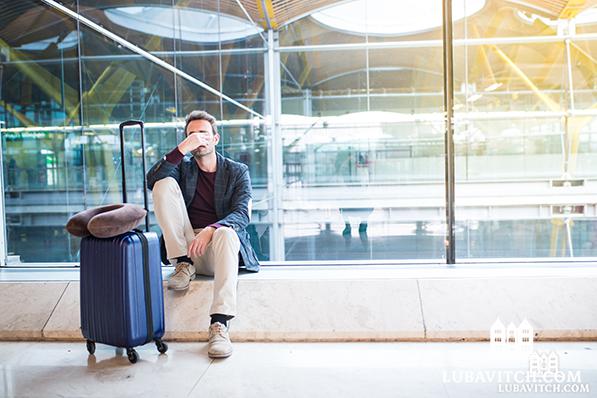 All News
By Shaindle Fogelman , Moscow

This week, 135 easyJet passengers were stranded on the British Isles for three days. And in Rome, an Air Transat flight to Toronto was delayed, causing hundreds of passengers to spend hours on the tarmac.

Delayed flights are an old story, with numbers only rising. In 2018, 244 documented flights were delayed for more than three hours. Compare that to 164 the previous year and thirty-nine in 2014, according to the U.S. Transportation Department’s Bureau of Transportation Statistics.

For the typical traveler, a delay will cause an important event to be missed, vacation days cut short, or work to be postponed. But Shabbat-observant Jews have a whole host of larger, more intricate concerns.

Russia’s Chief Rabbi Berel Lazar met this week with Aeroflot CEO Villin Halichenko to tackle the issue. As the largest and most established airline carrier in Russia, with many of its passengers observant Jews, Aeroflot may be in the unique position to accommodate those stranded on Shabbat.

This past November, an Aeroflot flight delayed by New York weather landed in Moscow’s Sheremetyevo Airport (SVO) on Friday afternoon, leaving little time for its passengers to catch their subsequent flights before Shabbat. Luckily, as reported on Lubavitch.com, Rabbi Yakov and Sashi Fridman, who run a Chabad center in a hotel next to the airport, hosted the twenty stranded travelers in addition to their other sixty guests.

But although Moscow’s Chabad, most notably the Shaarei Tzedek organization near the city center, does provide emergency services to stranded passengers, the solution is not always foolproof. During the winter season when Shabbat begins early, there may not be enough time to obtain a visa to enter the country or travel to a Jewish community. For the Shabbat observant, a delayed Friday flight means the passenger will be stranded in the airport for a complete twenty-five-hour period, from sundown on Friday until nightfall on Saturday night. A flight disruption will also cause further concerns, including kosher food to eat over the time period and praying with a minyan.

After hearing these concerns, Mr. Halinchenko promised to remain alert and assist the community with accommodating these passengers in the future. In the interim, the Jewish community asks the public to refrain from traveling on Friday.