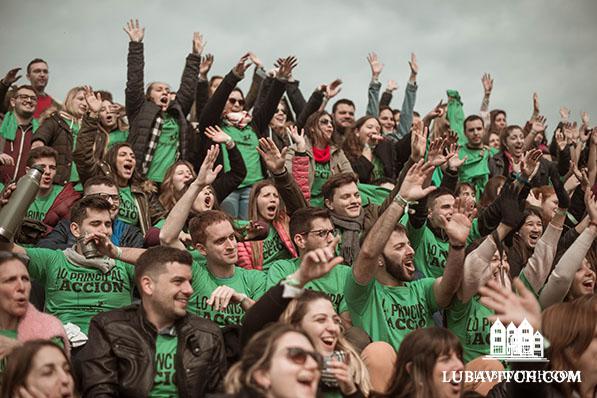 Participants at Peguisha 2019 in Argentina. Their shirts sport the weekend’s theme: ‘The main thing is to put thing into practice.’

All News
By Ashira Weiss , Argentina

With intermarriage rates worldwide at close to 50%, Rabbi Shlomo Levy makes no secret of his intentions when planning his annual “Peguisha” weekend for college students and young professionals in Buenos Aires. “We want them to meet other single Jews,” he says simply.

Over the last 30 years, every August the Peguisha has brought thousands of young Jews together for 4 day of workshops, lectures, kumzits and inspiration. 230 eighteen to thirty five year-olds from Argentina, Paraguay, Uruguay, Chile and Brazil joined this year’s weekend held at a beachfront hotel in Carilo, Buenos Aires.

For some, like David, the only known Jew in Quitilipi, a city in Chaco Province, Argentina it is their only opportunity to meet potential Jewish partners. Speed-dating sessions, workshops on Jewish values in marriage and relationships and many networking sessions maximise this opportunity.

Participants discussed the whys of intermarriage, and each received a book entitiled ‘Rabbi, Why Can’t I Marry Her?’ They celebrated Shabbat together with joyous singing and dancing. For many young men, it was their first time being called up to the Torah, some of the women chose Jewish names for themselves.

The peguisha ended with a bonfire and ‘stump the rabbi’ session where no topic was off limits.

Rabbi Shlomo’s son, Rabbi Zalmi Levy directs the El Lazo youth center, the largest youth center in Argentina with his father. The center has engaged more than 52,0000 young people in the last 24 years and claims to have been the meeting place for over 1000 Jewish couples during that time.

The Peguisha is a project of El Lazo.

Many of the participants, said Levy, bonded over the weekend, either with new friends, or potential life partners. And importantly, “everyone left feeling uplifted, with promises to keep in touch and the commitment to further their Jewish involvement.” 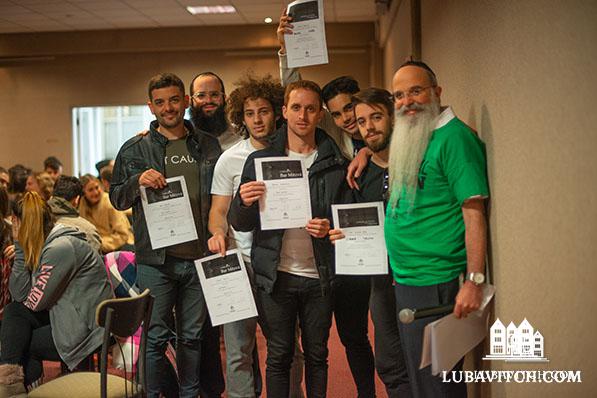 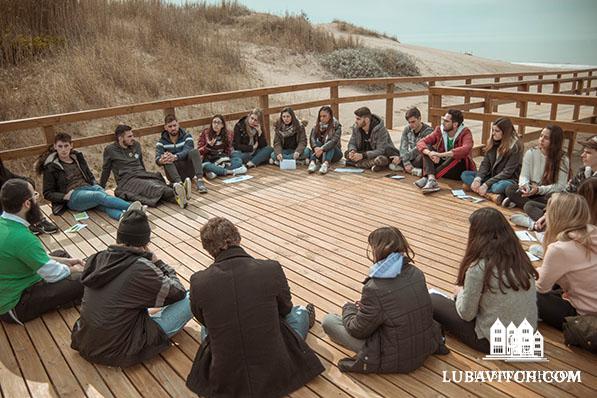 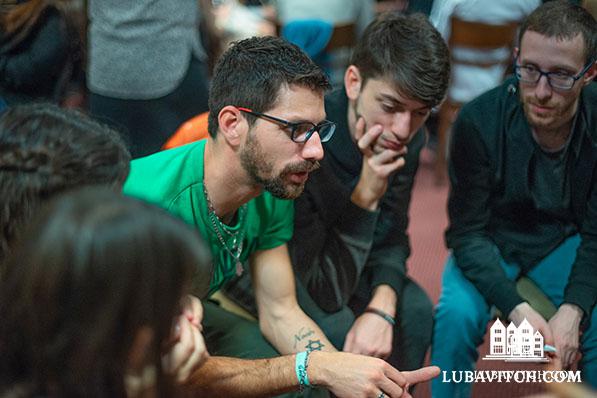 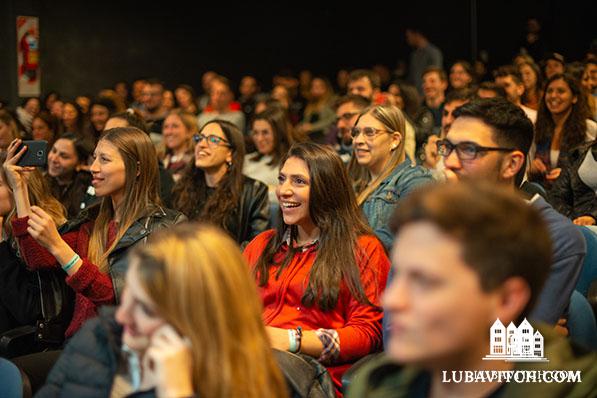 Related Articles
View All
Buenos Aires: Tarnished Synagogue Returned to Former Glory
Knesset Israel Boca Barracas is a synagogue once more. Occupied by a squatter for the better part of two decades, the synagogue built in 1907…
Chabad Turns the Lens on Jewish Teens, Young Jewish Professionals
Some 75 young Chabad couples were appointed emissaries to communities around the globe over the past 12 months with the intention of cultivating two particular…
1,000 Expected at 10th Annual Russian Shabbaton
Three generations of Russian-speaking Jews will travel from twelve states to celebrate Jewish pride and identity at this year’s Connecticut-based Shabbaton. Rabbi Kasriel Kastel, program…
Get Inspiration to your inbox!
Newsletter
Join our weekly newsletter for inspiration and updates
Donate
Find Your Local Chabad Center
Subscribe
|
Log In
Chabad
About Chabad-Lubavitch
About Chabad Lubavitch
The Rebbe
Headquarters
Magazine
Magazine
News
News & Updates
In The Media
Impact
Social and Humanitarian
Social and Humanitarian
Education
Education
Community
Community